Someday, my great-great-grandson will crack open a small glass vial and inhale The Hobbit: The Nano-enhanced Pheromone™. My great-grandson, being more learned and experienced in the ways of life, will catch a whiff of J.R.R. Tolkien’s work emanating from his scion’s entertainment chamber and scoff, “The Hobbit: The Brainjack™ Live Experience was SO much better.” And, like the man said, so it goes. Neither were as good as the 3D Hologram, which in turn was worse than the glorious nine-hour HD movie, etc. etc.

That this is the way of things is common knowledge. We learn it as children and we carry it with us until we die. Old things are better than new things. The retelling of a tale cheapens it. Nobody can do it quite like the originators. 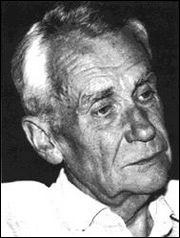 I riff on these dusty nuggets thanks to a recent interview with Christopher Tolkien – one of the master’s living heirs and the man with the dubious honor of carrying on J.R.R.’s life’s work. It is a fascinating look at a man who has been otherwise silent as his father’s legacy has grown into a cultural phenomenon. Since the movie and merchandising rights have long since been sold away, the Tolkien family has little control over much apart from the books and the continuing explorations of Middle Earth that Christopher attempts to coax from his father’s copious notes. Not surprisingly, Christopher Tolkien takes a dim view of everything that has come since his father first put pen to paper. “The chasm between the beauty and seriousness of the work, and what it has become has overwhelmed me,” he complains. “The commercialization has reduced the aesthetic and philosophical impact of the creation to nothing. There is only one solution for me: to turn my head away.”

And, the cynic in me would add, enjoy life in the idyllic English mansion bought with the oodles of money you received after Peter Jackson’s movies caused a 1000% increase in book sales. The exceedingly wise Jenn Frank recently reminded me that cynicism is a trap. It is a lie we tell to gird ourselves against the hurt of hope, the disappointment of dashed dreams and the inevitability of death. When dishing about this article with my friend and colleague, Chris Dahlen, I called Christopher Tolkien “naive” and marveled at the fact that an 88-year-old man could still harbor such notions. How could a man of that age not yet have been inoculated to the ways of the world?

I was focused on the image of Christopher Tolkien diving into a room full of gold coins rather than the image of him hunched over his father’s writings, trying desperately to make sense of that fading vision.

I was unkind and not very wise. It was envy that clouded my judgment. I was focused on the image of Christopher Tolkien diving into a room full of gold coins rather than the image of him hunched over his father’s poorly organized writings, trying desperately and vainly to make sense of that fading vision. I envied him for all the checks he has cashed, hoping hungrily that I should be so fortunate to cash one myself someday. Deep down, I know what it is to be disappointed. I know friends who have experienced similar (albeit smaller) heartbreaks. The truth is that money is great for paying bills and erasing debts and creating stability, but it doesn’t buy the pure joy of a perfect telling. That comes when you’re at the keyboard or strumming your first chord or however it is that you make your art. It peaks when the first person hears or sees or experiences your baby and laughs or nods or cries or whatever. And then it is all downhill.

The day after I called poor Christopher Tolkien “naive,” FedEx delivered an envelope. Inside was a press kit for a videogame where Gandalf and Gollum can go toe-to-toe in a Mortal Kombat-style battle hurling attacks called “My Precious” and “Flame of Anor” at each other until one goes down. Like Bilbo finally considering Gollum, a sudden understanding – a pity mixed with horror – welled up in my heart. I winced. Magnify that reaction by a trillion and that’s what Christopher Tolkien must feel every time he opens his mail or answers the phone, fielding another request to further sully his father’s vision. And it was then that I mumbled what any thoughtful person would in my situation. “Fuck this game.”

The Light at the End of the Tunnel
Previous Post