Television has always had an uneasy relationship with the South. The Andy Griffith Show and Designing Women offered a respectful look at the region that birthed me, but for every such program there were three shows in the vein of Beverly Hillbillies, The Dukes of Hazzard and Carter Country. At best, the South barely exists in the eyes of TV producers; at worst, it’s a foreign, backwards world to be mocked and scorned. Thus, it’s a point of pride that the single greatest figure in recent television history hails from the South. 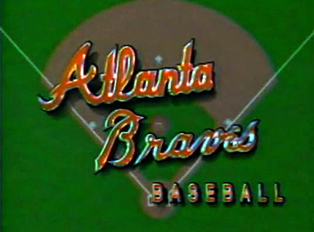 I’m not talking about Richard Petty, or Dusty Rhodes, or even fellow Georgia Bulldog Kyle Chandler (you know, that guy from that football show everybody loves). Few individuals have shaped our relationship with television as thoroughly as Ted Turner. The billboard baron from Atlanta foresaw a future in which every single American home could have unfettered access to news, cartoons, history’s best sitcoms and Atlanta Braves baseball, and created the channels that made a cable connection an absolute necessity in the 1980s.

Ted Turner is my favorite American. He’s like Bruce Wayne if, instead of devoting his fortune to punching, he used it to make even more money by broadcasting every Dale Murphy at-bat to every town in America. He’s a millionaire playboy who became a billionaire after winning the America’s Cup and marrying Barbarella. He’s a prominent rich, white Southerner who bucks every cliché and misconception about the South, proving the self-evident fact that not every resident of a region where over 40 percent of the voters regularly vote for liberals and Democrats is a crazy conservative.

CNN is often considered Turner’s greatest achievement, despite the obvious drawbacks of the 24-hour news cycle, but his true crowning moment was the creation of TBS. Before Time Warner diluted it into a single-minded stream of stale sitcoms, TBS was a multifaceted entertainment juggernaut that surreptitiously beamed a non-stereotypical Southern sensibility into every cable-subscribing home in America. That wasn’t even its goal, and most programming during TBS’s classic era was no more Southern in outlook or provenance than The Sopranos. But between the Braves, NWA/WCW wrestling, fishing legend Roland Martin and Andy Griffith reruns, TBS’s most iconic programs were crucial viewing throughout the Southeast.

It was known by many names. Some called it the Superstation, which was both its official nickname and the unofficial tag used for all basic cable stations that followed in its path. Locals called it Channel 17 well into the 1990s, after its traditional UHF frequency in the Atlanta market. I called it by its given name, which is short for Turner Broadcasting System. It still goes by TBS, but it’s not the same station. The spirit of TBS was destroyed by the same media consolidation that eventually divorced Ted Turner from his life’s work and that lead to the homogenization of cable television, where every channel airs identical reality shows that may or may not have the tiniest semblance of a connection to whatever subject matter the channel is named after.

I miss TBS. I miss the real TBS, the TBS of the ’80s and ’90s, where shows started five minutes past the hour for no discernible reason and where you could catch a Braves game six out of seven days between April and September. Most of all I miss having a nationally broadcast channel that felt local in origin. Turner’s many networks are still based in Atlanta, but other than occasional Atlanta references on Adult Swim bumpers (and perhaps the entirety of Squidbillies, which I have yet to actually watch) they all feel as anonymous and flavorless as any other cable station. Turning on TBS today feels like visiting a relative that’s checked out mentally, staring into a blank void that doesn’t remember the good times (and Good Times) we used to share. WCW was ripped apart and sold for scrap to Vince McMahon in 2001, and the Braves were moved off the national feed in 2007, four years after a disastrous attempt to remove beloved announcers Skip Caray and Pete Van Wieren from the booth. Neither would have happened if Turner hadn’t merged with Time Warner in 1995 and been forced into retirement after the disastrous AOL merger in 2000. 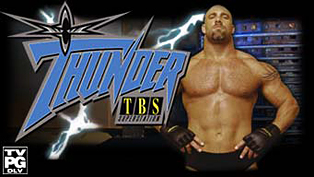 The one current programming bloc with the potential to feel uniquely local is Tyler Perry’s line-up of sitcoms. House of Payne and Meet the Browns provide a Southern voice distinct from the TBS of old, but they’re also not particularly good. Also, despite being set and shot in and around Atlanta, they’re too beholden to the familiar tropes of the multi-camera family sitcom form to feel like they take place anywhere in the real world. They’re as generic as fast food chains.

TBS was once the default station on my cable box. When we visited my family in North Carolina, I knew the TV would probably be on TBS. Other than a handful of early Conan episodes, I haven’t intentionally dialed it up since the last regular Braves telecast in 2007. What was once Atlanta’s own weird little beachhead in the broader pop cultural consciousness is now home to Big Bang Theory reruns and an unwatched sitcom with Breckin Meyer and that amazingly unlikable guy from That ’70s Show. The bison burgers at Ted’s Montana Grill are fantastic, but they’re cold comfort for the long-gone heyday of the Turner Broadcasting System. I guess I can at least be happy that China didn’t nuke America off the map, as Ted himself said would probably happen any day now at the end of his commencement speech at my college graduation. I might miss Ric Flair and Skip Caray, but at least I’m still alive.