It was a breezy March evening when my parents told my sister and me that we’d be having a houseguest over the summer. His name was Jimmy Gallagher, and he was coming all the way from Derry, Northern Ireland.

Northern Ireland is still under the rule of the United Kingdom. The citizens are basically split into two groups – Nationalists, who wish to rejoin with the Republic of Ireland, and the Unionists, who want to remain as part of the U.K. The Nationalists are mostly Catholic and are the minority in a Unionist (and mostly Protestant) country. The Unionists discriminated against the Nationalists, causing a rift between the two groups. The division spawned a conflict known as The Troubles. Between 1969-1993, The Troubles gave birth to the Irish Republican Army and claimed 3,254 lives.

My folks got involved with an organization known as Project Children. The organization, started in 1975, arranges for Northern Irish kids to have a summer vacation in America. The goal is to see that people of all different kinds of beliefs and backgrounds can live together relatively harmoniously. They hold picnics where the Catholic and Protestant kids and their host families can mingle – the goal being that some of these kids forge a bond that leads to friendship and thus peacefully change the embittered attitudes of both the Nationalists and the Unionist towards each other.

There’s a lot of Irish in my family, so Project Children’s plight struck a chord with my mother and father. Plus, it gave us excuses to do some touristy things around New York and New Jersey.

So, in June of 1991, we met Jimmy Gallagher. Nirvana’s Nevermind hadn’t broke yet, so I had yet to fall down the rabbit hole that led to Pixies, Pavement and eventually the Misfits. No, I was still a kid who loved baseball and comic books, meeting a kid who’d seen a real live tank roll down the street in his neighborhood.

The first toys to get shelved were the G.I. Joes. While the tank Jimmy saw hadn’t fired, it was probably best to put away the little soldiers battling terrorists. After all, Jimmy, like me, was Catholic. Where he came from, Catholics were the equivalent of Cobra.

It was in June when I had the first dream. Jimmy and I shared a room for the summer. I woke up, and it was the morning. I heard a commotion outside. I looked through the window and saw a giant ship akin to the Sulaco floating above the Nutley sky. People were screaming.

We were being invaded by aliens.

So I did what every other 11-year-old would do – I grabbed my super soaker, loaded it with water and then some toothpaste. I’d aim for their gigantic eyes!

I ran outside and saw that my neighbors, Eirik and Bryan, had the same idea. We charged down the street and saw some of those Oompa Loompa-sized bastards waddling towards us. I pumped up my neon yellow peacemaker and sprayed burning fluoride death on the bastards.

Much to my surprise, I didn’t just burn the beady-eyed invader, I melted his head. I saved the day! Eirik, Bryan and I started spraying them with our cruel chemical concoction and Earth won the day! 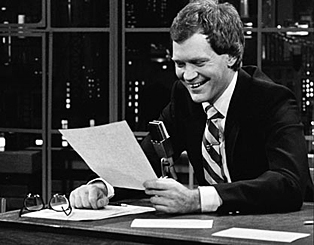 At least, until I got home and one was in my house. He got the drop on me.

I woke up covered in sweat.

You don’t need to be a psychiatrist to know that the dream reflected my subconscious feelings on the whole “having a strange kid in my house for two months.” Maybe it had something to do with that Bill Hicks bit about hillbilly aliens that I saw on Late Night? It was strange, though. Consciously, I was really excited to have a summer pal. Jimmy, Sean, Eirik and I got along well. We went to the comic store, the movies, the park, the pizza parlor (to play Street Fighter II).

Around that time, my closest friend was Sean Cleary. He and I met in 1988 playing baseball in Nutley’s farm league. Our team (sponsored by local shoe merchants, Plaza Bootery) won the town championship in 1989. It was pretty awesome. Sean and I both liked Calvin and Hobbes, David Letterman and Sierra Games, so we were pretty tight at the age of 11. Sean was also raised Episcopalian – a fact that served to show Jimmy just how different Nutley, New Jersey was from Derry, Northern Ireland. Since Sean and I were of Irish descent, too, hanging out with Jimmy would surely be a good influence. Of course, our obsession with X-Men, Batman and Aliens comics may have canceled all the good out.

Jimmy marveled at how much money I spent on comics. As a kid, I spent about five bucks a week.

It was the summer of The Rocketeer, Bill & Ted’s Bogus Journey and Jim Lee X-Men comics. However, it was also the summer my mom bought Whitley Strieber’s Communion, and Unsolved Mysteries reruns aired a lot of UFO stories. 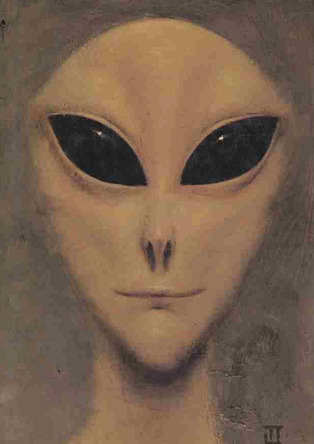 A few months later, the dream returned. I was in a large, oval-shaped room. The walls were metallic and cold. I vaguely remember a light mist covering the ground. It was like I’d stepped into an Unsolved Mysteries recreation of an alien space ship. I heard a whisper and turned around. There was a table and next to the table was a bug-eyed bastard. He didn’t speak, but I heard a voice say, “You’re ours now. You’ll never see them again.” And with that, a terror so stark rushed through me that I awoke, covered in sweat.

I’m not quite sure when I became aware of alien abduction. I think it was in ShopRite, while perusing the covers of Weekly World News. I remember seeing one issue – maybe it was the one where there was a woman strapped to a surgical table, surrounded by these weird little creatures with giant heads and big, black eyes. Or maybe it was the one with the picture of Bill Clinton shaking an alien’s hand. Or maybe it was that damn copy of Communion that made its way around the house all summer?

During Jimmy’s visit, we went to the Thomas Edison Museum, the Museum of Natural History, Chinatown and all manner of touristy things. Jimmy took the U.S. in. He loved it! Here was a kid who was used to being poor, getting made fun of for being Catholic, witnessing tanks, knowing guys in the I.R.A. (probably even had some family associated, now that I think about it) and here he was – enjoying the lagoon and the ocean down by my aunt’s shore house. Heck, he even got into baseball during his stay.

Yes, as spotty as America’s record can be on this issue, I can still buy a coffee from someone of Pakistani descent and not have to worry about whether or not he poisoned the coffee. I trust him. It’s something I take for granted, as I’m sure most of us do. For all our warts as a country, it’s pretty amazing how many of us do coexist and even celebrate our differences as much as we do. It’s something we do pretty well day to day, despite our politicians’ and “news” anchors’ rhetoric.

The summers after 1991 didn’t have the same luster as that one or the ones before. Sure, I still picked up comics and would go see all the summer movies down at the Franklin Theater for a while longer, but in those years, puberty began to set in and with it came an awareness of girls, macho bullshit and that pyramid of social Darwinism we call high school. But still, there was that 1991 summer, where a kid from Northern Ireland got to be a kid on his summer vacation and shared my last true childhood summer.

Read about more of Ian’s sweaty nightmares on Twitter @IanGonzales.