Recently, I read the Image Comics graphic novel Wild Children, by Ales Kot and Riley Rossmo. While I wasn’t 100 percent sold on the book,with its psychedelic philosophizing set against a Columbine-like event, I am impressed that Image Comics put out another thought-provoking comic. I’m also happy that the book doesn’t feature dark, angry rip-offs of Marvel and DC characters, with more pouches on their costumes than they know what to do with. More than halfway through Image’s 20th anniversary in 2012, I think it’s safe to say the publisher is on a winning streak. Unlike the New York Mets, who are celebrating their 50th anniversary this year, I don’t see Image horribly falling apart anytime soon. 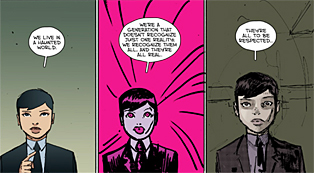 As many comics fans remember, it was in 1992 that six comic creators formed Image Comics in California. Mostly artists, a number of these creators were in high demand at Marvel comics, primarily working on the X-books and various Spider-Man comics. They wanted more creative freedom, creative ownership of characters and some of them probably wanted a little extra money – things that Marvel could not provide. Image Comics came at the right time, the era of the comic book artist, where people followed Rob Liefeld, Marc Silvestri, Jim Lee and Todd McFarlane to whatever comic they moved to. When they made the mass migration to Image, the fans followed and did not balk at the $1.99 price tag in a day when the average comic was $1.25-$1.50. These new Image comics were shiny, with their gimmick covers and glossy paper. Why not pay a little extra?

Most of the Image founders had no experience writing comics, and in the first generation of Image Comics, the emphasis was on the art. At 12 years old, this wasn’t much of a problem for me, but wow, those issues of Youngblood did not age very well! It’s even more interesting when you consider that the surreal craziness of Sam Kieth and William Messner-Loebs’ The Maxx and Alan Moore’s wonderfully reverent 1963 series of comics came out early in the Image timestream. In many ways, comics like these would signal the diversity in Image to come, and fortunately not an endless stream of X-team knockoffs featuring their own version of Wolverine. 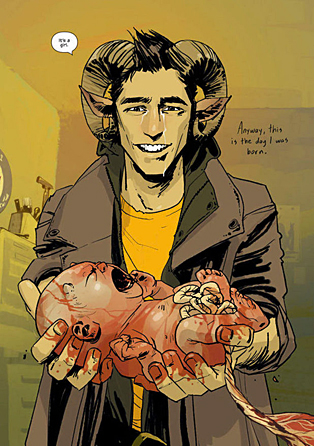 Many of the Image creators moved on after a few years, and so did I. Every once in a while, I would check into the convoluted Hot Topic mess that was (and still is) Spawn, and the impressive marathon that is Erik Larsen’s one man show on Savage Dragon. I wasn’t really interested in Witchblade or Darkness, which were successes in the late ’90s. It wasn’t until Image began publishing The Walking Dead in 2003 that I came back on board full time. It was a non-stop zombie movie in comics form that featured black and white art, no superheroes and was pretty much like nothing Image had released before. It was the first step towards the Image of today.

As we know, The Walking Dead has been a great success for Image, having recently passed the hundred-issue mark and also having spun off into a successful TV series. It proves that in this day and age, there can still be successful comics not featuring superheroes, especially in the time-honored comic book tradition of horror comics.

Heading into its 20th year, Image has relied on another old genre staple of comics for many of its titles: science fiction. I have been reading a lot of these recently! My interest started earlier this year with Prophet, one of the numerous rebooted Rob Liefeld creations in the current Image landscape. I never thought much of the character until Unwinnable’s own Ian Gonzales sent me a preview of Brandon Smith and Simon Roy’s reimagining. The gorgeous and grotesque alien landscapes, bizarre monsters and monster cities, bloodiness and limited dialogue of the first few issues brought to mind the work of Moebius. It was even reminiscent of some of Roy Thomas and Barry Windsor Smith’s Conan work, not to mention the far-out ideas and concepts that were staples of ’50s comics, like Weird Science from EC Comics. The book continues to impress me, due to the scope and pure imagination that goes into every issue. Sometimes the storylines seem out of left field, but ultimately I know that they’re building towards something grand. The recent issue #26, written and drawn entirely by Brandon Smith, is a fine example of everything that’s right with this series. To sum it up quickly, the issue is like a cross between Wall-E and The Silver Surfer, as written by aliens! 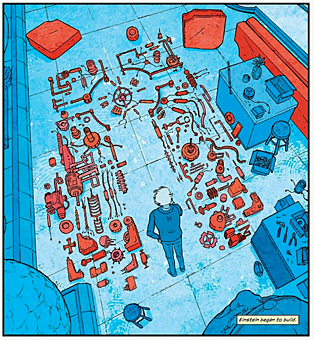 Another glorious science fiction epic from Image Comics is Saga. Writer extraordinaire Brian K. Vaughan and artist Fiona Staples have been pumping out a quality comic this past year. While this series is obviously telling a serialized epic that is broken up into chapters, there’s still a lot of the unpredictable science fiction wonkiness evident in Prophet. Whether it be the fusing of science fiction and fantasy where spaceships and magic share the page, the aristocracy of this universe being robotic humanoids with televisions for heads or one of the supporting characters being the ghost of a teenage girl who died from having her body ripped in half, the series is shaping up to be another Vaughan classic in the spirit of Y: The Last Man.

Other great Image comics that I’m only just starting to get into are Manhattan Projects, by the consistently great Jonathan Hickman (art by Nick Pitarra and Cris Peter); Supreme, by founder Erik Larsen, who’s taking over from where Rob Liefeld and Alan Moore left off; and Glory, by Joe Keatings and Ross Campbell. It’s bizarre to think that, 20 years later, I’m probably picking up more Image Comics now than when I was 12! It’s also proof that there are not only many new and exciting places to go for comics in general, but for established characters as well. Much like in 1992, many creators are jumping ship from Marvel and DC and are going to Image. Some are just dropping in with some wild ideas that won’t fly at the big two. In addition to the impressive roster of writers and artists onboard right now, apparently Grant Morrison and James Robinson may have books lined up for release in the next couple of years.

As long as it’s good, I’ll be reading.