I’ve been known to play a mean game of Super Smash Bros. I can recall numerous occasions where friends have cursed like sailors at me, calling me a cheater over my tactics and in some cases probably coming close to throwing controllers. I use Kirby almost exclusively (and anyone that’s played enough Smash Bros. knows how much of a pain in the ass he can be), though every so often if I’m playing with friends that have enough of Melee or Brawl’s roster unlocked I’ll show Mr. Game & Watch some love, too.

For all the fan service the Smash Bros. series has shown Nintendo lovers over the years, I find it sad that Waluigi has never made the cut as a playable character. Luigi’s self-proclaimed rival in purple overalls is in just about every other company spin-off title, from Mario Super Sluggers to Fortune Street to the just-released Mario Tennis Open. So what gives, Nintendo? 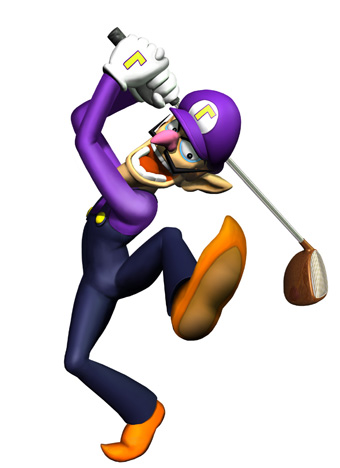 Waluigi’s absence in Smash Bros. is just one (admittedly glaring) instance of the disrespect he’s typically shown. If you look up his Wikipedia page you’ll notice there’s a hefty section devoted to all the less than polite things critics have said about him. “Waluigi is a character I always forget about until he turns up in a story,” Kotaku’s Mike Fahey writes. “Creepy,” says Joystiq. “The worst character ever” is a phrase that’s often bandied around. “Less than legitimate.” “Not well-liked.” If we weren’t talking about a fictional Nintendo character this might even be a little upsetting. Really, though, Waluigi isn’t any worse a villain than Mario’s doppelganger Wario – in fact he may even be more interesting.

Let’s examine that for a minute. Both Wario and his oft-partner in mischief are self-motivating. Regardless of their narrative or corporate raison d’etre – to foil in multiple ways Mario and his pals – they’ll do whatever it takes to beat the competition or get ahead. To take the analysis to a ridiculous level, both characters probably could be said to psychologically live in the constant shadow of the heroic Nintendo characters’ glory and just want to be liked. Since Waluigi is competing with Mario’s already-perennially overlooked brother, it’s a wonder he’s not more, shall we say, dastardly.

From a fan’s perspective you could ascertain Wario has the edge in seniority, given he’s been around since Super Mario Land 2 for the original Game Boy. He’s also starred in a number of his own games including the often-hilarious Warioware series and a Treasure-developed platformer for the Gamecube. Waluigi debuted much later, making his first appearance as Wario’s doubles partner in the N64’s Mario Tennis. At the time, Luigi’s alleged nemesis was met with widespread indifference, maybe because Mario Tennis was outsourced to Camelot, or perhaps due to the blasphemy of Nintendo approving a new character addition to Mario’s universe.

What I find baffling is that since Waluigi’s introduction fans and industry types alike have rallied around Wario while treating his partner-in-crime like the leper of the Mushroom kingdom. Stop for a second and think about it; it’s a weird phenomenon. Fans might argue that “Wario has a personality” or “he has defining characteristics.” Alright, so what are Wario’s traits, exactly? A proclivity for bombs? An insatiable lust for treasure? His crass sensibilities, or his wide girth? Are we actually having this conversation? 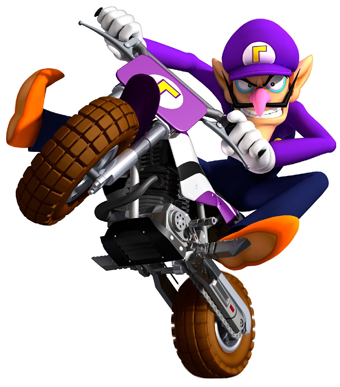 Nintendo characters are painted in broad strokes; they’re usually defined, as all good mascot characters should be, by likeability, appeal and generally some semblance of moral compass which inevitably lands them on either side of the fairly rigid line that divides the good from the bad. (I won’t say “evil” because Nintendo barely seems to be capable of it, at least in world of Mario and company. Bowser, like the Wa-twins, is likely just after some attention.)

In Mario’s realm, the villains in particular are comical, because they’re there to make us chuckle when we foil whatever silly plan they’ve come up with to disrupt the general well-being. We don’t need to put the Myers-Briggs test to such cartoony foolishness. It’s a playland that exists for you to have fun in. That includes its characters. So it’s not that you care about Wario because he likes garlic, it’s that his enjoyment of such an odd, off-putting thing is funny.

Waluigi is certainly a goofy enough adversary. His aesthetics, namely his gangliness, beady eyes and Snidely Whiplash mustache are perfect complements to his comic wailing and generally exaggerated movements. Given his non-role in ongoing Nintendo canon (he’s an oddball that doesn’t like to play by the rules and sometimes speaks in broken third-person is about all that’s known about him), a Waluigi-branded sabotage is naturally chaotic and could consist of getting clubbed with a tennis racket as easily as it it might be getting swallowed by a tidal wave. In any case, he’s eccentric enough in action and speech (“Waa! Waluigi get you next time!”) that I can’t help but smile at his inherent absurdity.

In such a whimsical place as where Mario and the gang live, a villain has a logical need to play up humor – for the sake of demographics, if nothing else (Just look at Bowser in the Mario Superstar RPGs). Waluigi’s clownery seems tailor-made for this. So why hasn’t he gotten his own spin-off game? Charles Martinet, who has voiced Waluigi as well as the Mario bros, Wario et al since they’ve had speaking roles, has said he would love to see a title starring the purple-costumed villain where you had to “cheat to win.” He’d be great in the next Smash Bros., too: the potential for that u 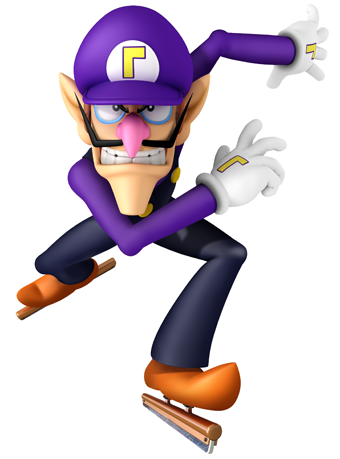 pside-down “L” symbol to replace Kirby as the bane of everyone’s existence – not an easy task – is certainly there.

Like his yellow-suited counterpart, Waluigi exudes a natural facetiousness. It’s in Waluigi’s aforementioned unpredictability and unnatural appearance that he gains a slight comedic advantage. More notably, this creates an implicit troll factor.

When I pick Waluigi in a game like Mario Party, my friends laugh at me, questioning my decision-making abilities and calling him worthless. That may be a harsh way to put it, yet it kind of proves my point. Waluigi is so outlandish and weird and enigmatic that he comes off as a bit of a troll character in the same way that Snorlax is in theory probably the ultimate troll Pokémon, since all he does is sleep. Whether they like it or not, Nintendo’s decision to not pay more attention to Waluigi over the years has made him a de facto troll; his lack of canonical explanation makes him the more absurdist Laurel to Wario’s Hardy by default, and he can make you giggle just by looking at him. This is what makes him a great character. As for thoughts about him being creepy, he’s too silly and weird for that. Not that the Marioverse can really be that scary anyway. (Also, let’s face it, everyone looked terrifying in the artwork for Mario Strikers.)

Personally, I’m with Martinet. I would love to see an official Waluigi game, whether it involved breaking the game design as a sort of madcap take on Eternal Darkness or collecting upside-down L’s for some demented scheme to upset order. It’s possible that Nintendo will one day they will remedy the Waluigi issue by giving him something of a purpose (in the meantime we’ll have to settle for a hacked addition to the Smash Bros. lineup and fan-made homebrews) but until that day comes, why not embrace his sheer oddity? He deserves that much, at least. Waa!

Foreign Affairs: How to Make the Perfect Wrestling Villain