We met the kid in Moonglow. He was one of those young gamers who makes up for a lack of attention at home by being as obnoxious and annoying as possible in-game. We were a trio of the righteous: Tura Satana, Wayne Newton and T’Larion the Ranger of Rohan. It wasn’t hard to be righteous in Ultima Online, one of the first proper MMOs. Those who refrained from killing and robbing those weaker than them were good guys by default. All you had to do was mind your own business and you were, measurably, a better human being than most other people on your server.

I don’t really believe in villains. They make good bogeymen, but these irredeemable mustache twirlers give short shrift to the everyday, mundane evil that we all do. They undercut the capacity for regular people to do terrible, terrible things. Villains aren’t our problem. It’s fun to try unseating them in videogames because we all know that in real life evil follows the Tuco Ramirez principle. Unseat one warlord, CEO or drug lord and another will take his place. “One bastard goes in, another bastard comes out.”

You’d be minding your own business – chopping wood or gathering herbs – and some douchebag in a robe would ambush you.

I don’t remember the kid’s name. But I do remember his story. His parents were divorced so he split his time between both of their houses. He told us himself that they bought him nice computers because they felt guilty. It was implied that they were too busy with their own lives to spend time with their kid. So it fell on us, three 20-something college students playing Ultima Online, to give the kid guidance. We didn’t set out to be virtual Big Brothers to the kid. We just led by example. We spoke in character, in complete sentences, used proper punctuation at all times. And, most importantly, we didn’t prey on the weak.

Ultima Online was like the Wild West. Player killers roamed the countryside preying on anyone less powerful than themselves. You’d be minding your own business – chopping wood or gathering herbs – and some douchebag in a robe would ambush you. One good Kal Vas Flam and you were done for. The jerks would steal all of your stuff off of your smoldering body, then stick around to kill you again when you tried to revive. 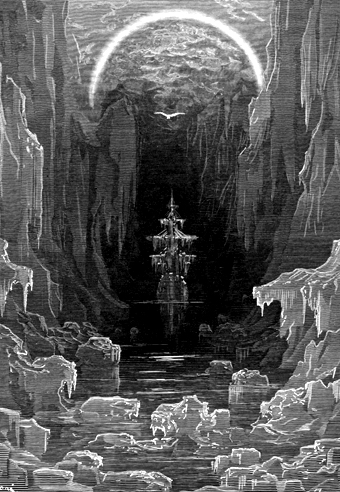 When the kid latched onto us in Moonglow we had won a minor victory over the shitheads of the universe. Now there was one less of their kind roaming the world, making life miserable for others. And the best part (and maybe the most instructive) was that we barely had to lift a finger to make the convert. We just went about our online lives, being cool and respecting others. The kid saw that and wanted some.

Lest you think that I’m some kind of shining pinnacle of human kindness, know that I wasn’t always such a  nice guy. In high school I picked on those of lower stature than myself. Since I was a dork who took beatings in the hallway, that meant that I could only abuse those few that were lower on the totem pole than myself. I made fun of Susan, the weird girl in the Duran Duran jacket who picked her nose and ate it. There was an overweight kid I gave a hard time. I’m pretty sure I wasn’t terribly kind to the one unmistakably gay guy in our school. I was a shithead. No amount of excuses around my personal hardship can make up for the shit I rained down on those people. I regret being that kind of asshole. And I hope I never make another person feel the way I made those people feel.

As shitty as griefers, trolls and other Internet bad guys can make you feel, there’s no sting worse than the dig made within earshot. I hurled them at the backs of the defenseless, like a coward. Like a bully.

If there are villains in the world then I was surely one of them. I hope to God we are redeemable.

Pretension +1 is weekly column about games and the ways that they intersect with our lives. Illustrations by Gustav Dore, for Rime of the Ancient Mariner.

Waa! In Defense of Waluigi