Rules are meant to be read, not followed – or so the mentality goes. That’s where I invariably step in.

Silent limitations are given a voice. Chaos is contained. Rebellion is met with a metal cage. Passes at “imagination” to save one’s skin are denied. And decisions only have finality after being scanned for correctness, like a manic security drone equipped to stun threats without hesitation.

All are behaviors that surface whether engaging in games of one-word dialogue, property ownership or construction projects. Clarification: This is the baggage that comes with having me as your rival. 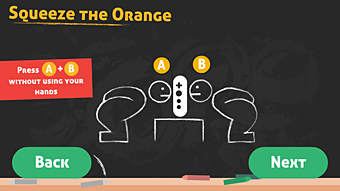 Underneath the many corrections and authoritative supervision is a need for order – and its close companion, structure. But let’s not confuse control for a lack of spontaneity. Not because it can’t be justified; I can’t make peace with the notion.

Budding attractions were formed to both as I blossomed mentally. At the same time did a way of thinking begin to emerge, where – presumably to normalize my feelings – I had identified with inventors. Just not enough to be them. Deep-seated this was, to a depth and insulation that when I was given the classification by someone on the outside, the connection was foggy. The catalyst? “You’re always making up rules!”

(I never did say they were inventions of gadgetry, now did I?)

You could say I police rules – you wouldn’t be the first. It’s a role I’ve taken on since making board games a personal affinity, though for the sake of preserving relationships, I’ve built in a high tolerance for grammatical fumbles of an audible nature. I’m normally one to practice a more flow-following methodology, and it’s not that I become avoidant with board games; me going with the flow is instead relegated to what the design dictates it should be in its purest form, and not due to any outside influence spawning from collective participation.

Craving control without even being conscious of it is unsettling – I must not be, since I’m opposed to the idea of vindictive control.

Even games that are, by design, rather controlled and adhere to a set mold each session, I’d find some way to enforce control over. And not always in the name of variation.

It’s a case of me attempting to – with obvious discontent – usurp creative control and tweak the design, something I feel I have authority to do and without asking for consent. A role uniquely mine, I’d have a fit if someone proposed to do the same.

Tabletop purists will turn their noses up (facing the opposite direction, no doubt) as I bring up this case in point: the Free Parking space in Monopoly. I originally wasn’t vocal about it being a space that shouldn’t have existed but did out of generosity. I was bewildered about its presence, though. My thinking on the matter was that it’s supposed to be some sort of reprieve that comes at the most convenient times…when in actuality, it rarely comes. There’s too much variance in probability to determine if my rationale had a basis, but mathematics mattered little. Neither did logic, it seems, and one day I sought to correct this “flaw” in the board design.

Fed up that the rest stop was barely used and occupying valuable real estate, I decided henceforth that Free Parking behave like a lottery space, with money piling up in the center as government payments added to a $200 stock, later imposing this rule on any who decided to join me for a game. I’m always the banker, too, which I felt gave me more of a say than fellow players ever felt was warranted. Another liberty I felt was bestowed upon me to take.

Because of my propensity to invent and enforce custom game rules (and in some cases, in-game jargon) as a tabletop enthusiast – though accusations of me being such are always met with knee-jerk denial – this made hitching onto the understated openness of Spin the Bottle: Bumpie’s Party an attractive prospect. 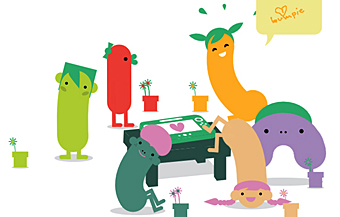 On the surface, it shreds definitions of personal space for a distinct tone that is its own – albeit it won’t be commanding the same stage reserved for WarioWare, which I maintain as being a champion of nonsensical hilarity. More defining in its uniqueness is the form: Spin the Bottle is essentially a make-your-own-party kit of sorts. (It even comes with its own templates for the creatively-challenged!)

What you have is a collection of mini-games for (the discomfort of) the socially awkward, where the first duo to achieve a set number of wins will be crowned the victor, the offset being that partners are chosen not by selected pairings, but by a roulette where a bottle is the needle.

Both this attribute and the role served by the GamePad as the central gameplay feed form a blueprint that is out of the ordinary, yet what sets this social experiment into full motion is what’s at the heart of its vision: The game is your puppet, with master control being assigned to players so as to orchestrate, host and guide the affair almost completely autonomously.

Not hinging on an overarching board component may paint it as a shapeless entity, but in a way, that’s part of the point – for you to run the show and define the gamut you want it to be governed by. Only, this goes further than deactivating activities that make too big a joke out of you.

Bonus challenges act as the game’s version of self-imposed house rules, designed explicitly to, like my earlier examples, have you invent your own takes on the game’s activity roster and have everyone play by new sets of rules. Admittedly, some suggestions are weak and incredibly artificial. One example is being asked to imitate a horse in Jumper, a mini-game where your partner must rely on audio cues based on what’s seen on the GamePad. Or being instructed to “really dance a waltz” in a mini-game where the whole objective is to do just that – it’s the implication suggested by “really” that’s insulting and makes me believe the idea well ran dry even for the creators.

Perhaps this is my control impulse taking over, but I see these half-baked ideas as being placeholders to say, “We know you can do better.” Some from the default list offer a preview of what the game can become when customization takes hold, not only making the already-wild mini-games more engaging in their physical demands, but also identifying principles and control mechanisms that could do with tweaks if players give it enough thought – which is precisely what I did. And of course, I went nutso.

So in Squeeze the Orange, rather than having the two hold their hands behind their back and use their noses to press buttons, my new adjustment is to interlock hands overhead for an added element of weight. For Hide the Monkey, my ‘Puppet Show’ rule has the duo kneeling behind a couch with the audience on the other side, carrying on a demonstration using their hands as puppets (socks optional) with their heads above the couch. And to spice up Grab the Rooster, I devised a ‘No-Holds-Barred’ rule where both teams have one “weapon” (see: a pillow) to divert focus when racing to the correct Remote.

In my head is where these and other ideas will stay, though. What makes for a bit of a conundrum is that the lack of a strict judgment system helps foster ideas for these custom rules, but these can’t be manually integrated into gameplay via a suggestion box or some such format, which to me reflects a lack of completeness in its vision of personalization, as I need to rely on being vocal about my own “authority” for any custom challenge to take effect – and then not have the resources to apply it.

Then this too needs to be supported by passing control of the point system to inactive players, because the way I see it, enforcing rules prevents the game from spiraling out of control with all the havoc caused by exceptions and loose standards. And it was only after a patch more that I’m now able to, maybe not dole out penalties and identify rule infractions, but certainly betray premature failure.

In its absence was a noticeable gap, for if someone were to mess up, say on the Balance Challenge mini-game, there wasn’t a provision to force a restart without resetting the entire game (there still isn’t), or, more punitively, have them fail the activity entirely (which you can now do). And being that this activity involves button input to signal the end of the activity, cheating isn’t out of the question. Having a control panel in place allows for cheating or incorrect techniques to then be exposed, similar to the constantly lurking buzzer in Taboo.

Bossy policing and my desire for orderliness aside, rule enforcement and controllable judgment systems remain keys to the successful delivery of the game’s vision, like having that one player who passively sits out of a board game session to function as referee or mediator. 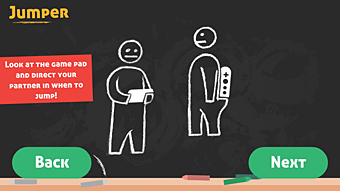 Even though the energy of the party assigns equal hosting privileges, stricter hosting is what Bumpie’s Party needs to function at a controlled yet still not heavily organized plane; to not only foster these ideas, but really give them a place to take root in a less hypothetical capacity. Being able to build a catalog of house rules and then directly enforce these inside the game wouldn’t be confining the energy to a more by-the-books flow. It would, in fact, grant Bumpie’s Party more potency as an unconventional social exploration, and provide housing for community sharing through Miiverse.

Spin the Bottle: Bumpie’s Party is already an example in innovation for crafting its own social setting in a way unconventional to other Wii U offerings. From where I stand, its looseness and lack of rigidity carry the load, availing the muse of control to create group-run dynamics with self-imposed guidelines. This free rein in turn allows my spirit of (rule) invention to live on – not thrive, though.

Sparking ideas isn’t hard; persuading friends and family to follow my rules is. Failing that, my persona can float through Miiverse looking for a good home.

The Game that Bored Christmas