The following is the latest in a series of journal entries chronicling the author’s descent into next-gen gaming degeneracy, from getting his first television in years to trying to figure out why the @$@‚$)@ you need two goddamn directional pads just to walk down a fucking hallway.

You might have heard that I’ve been playing Temple Run.

For weeks, I’ve been sprinting, jumping, dodging and sliding to collect coins to buy power-ups, extra lives and even new avatars.

One thing I haven’t been doing: using actual money to buy virtual Temple Run coins on the iTunes App Store. 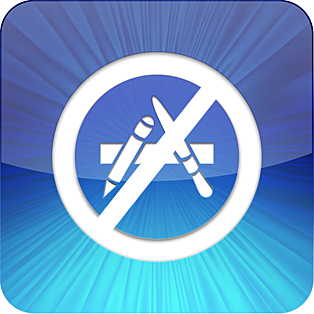 Yes, you can do that.

And, yes, this phenomenon might very well be the most damning evidence of the decay of American culture I have come across to date.

But don’t get me wrong. It’s not because in-app purchases are lazy, or because they make games less challenging, though both of those are valid points.

On one hand, yes – why play a game, why work hard to improve your skills, why battle the forces of demon monkey evil to level up, when you can simply throw money at it and win, with little or no effort?

You can then redeem these coins for power-ups that help you cheat in other ways – boost ahead 2,500 meters! Resurrect immediately after death! – or grab avatars like Montana Smith (“the second greatest explorer ever”) or Zack Wonder, football star.

In essence, the sense of achievement – of pride – one feels by earning enough coins to unlock Barry Bones, a city cop with an attitude, can be eradicated by the evil iStore.

You could argue that one’s thirst for the satisfaction of doing something noble or productive in the real world – saving a cat stuck in a tree, earning your GED – is all but quenched by the thrill of unlocking the Guy Dangerous wallpaper, even without iStore shortcuts, but I have exactly zero interest in alienating Unwinnable’s target reader demographic.

Instead, I can’t help but wonder why I’m unable to buy the option to have the game play itself so there’s no need for me to bother in the first place. The burden of waiting those interminable seconds it takes to play through a round of coin collecting could easily be lifted by an option that simply allows me to type in the final score of my choice. Maybe for a million coins, it can use voice recognition so all I have to do is speak my score out loud within earshot of my iPhone and it’s uploaded to the Game Center leaderboards, where it will make my friends burn with envy. Better yet, it can generate a random new high score every 30 minutes so I can shop for power-ups in other games at the same time. 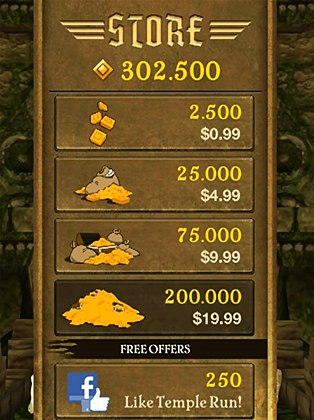 You’d have thought they’d come up with this. American ingenuity, at its finest, finds every possible way to separate consumers from their cash. And yet possibly my favorite iOS game of all time – geoDefense – only has a handful of additional levels for purchase and nothing more. Why can’t I pay, say, $5 and have the game send unwanted push notifications to all my friends whenever I make their pathetic high scores look puny? I’ll gladly pay $10, maybe even $20, for it to send incessant push notifications to friends who don’t even have the game, telling them not to bother downloading it because no matter how many hours they might sink into it, there’s no way could they ever hope to emerge from my ever-widening shadow.

This doesn’t even begin to touch on such concepts as using your friends’ Facebook profile pictures instead of demon monkeys, or using your picture as the demon monkeys so you can chase the avatars of frenemies and enjoy the pure bliss of having them stumble and be devoured.

Now, it’s heartening to know that a few developers are already milking parents out of sometimes thousands of dollars by letting their stupid children make in-app purchases without their knowledge or consent. Bravo to them. But what about adult gamers who want to open their wallets willingly? Cater to the spawn of unsuspecting parents, and you’ll hit a few minor jackpots here and there. Cater to idiot teenagers who will spend their allowances on just about anything, and you’ll make a pretty penny, too.

But cater to insufferable thirty-somethings with disposable incomes and videogame blogs – and you’ll find yourself swimming in a silo stacked with gold.