The book was Dracula. It is about a vampire of the same name and a whole bunch of non-vampire douchebags who decided they needed to kill him after he took a long overseas voyage to London to make new friends (his lonely castle in Transylvania was only inhabited by three annoying whore-vampires that continuously made him fetch babies for them to eat, since they were too lazy to do it themselves).

He journeyed to England after convincing one of the douchebags, Jonathan Harker, to come to his castle and finalize a real estate purchase in London. When Harker arrived, Dracula bent over backwards to make sure his guest had the finest of everything – transportation, reading materials, sleeping arrangements, eating utensils and even food. Since Dracula didn’t have a lot of friends, he took care of all this himself. 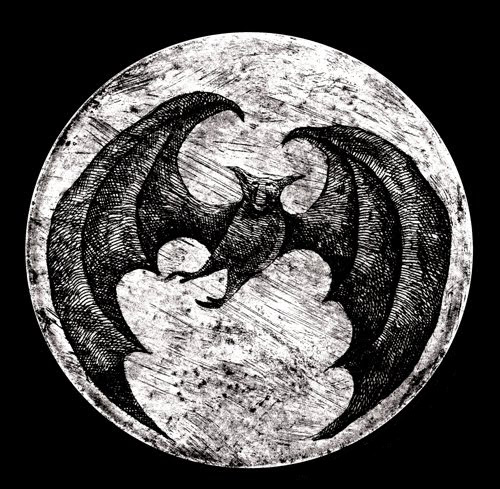 Did Harker appreciate any of this? No! He quickly displayed his douchebaggery by refusing to respect Dracula’s privacy and traipsed all over the castle, jimmying open anything with a lock on it. When the idiot got himself all worn out from this intrusion, he passed out in a chair in some random room, where he was found by the three girl vampires, who, as all modern vampire movies will tell us, were extremely hot. I didn’t really need a 3-page description to tell me they all had boobs spilling out of their dresses, amazing hair, bright red lips and seductive eyes.

For whatever reason, the hottest of the three decided Harker was the bee’s knees. Check out how lucky this asshole almost got:

I felt in my heart a wicked, burning desire that they would kiss me with those red lips. It is not good to note this down, lest someday it should meet Mina’s eyes and cause her pain; but it is the truth. The fair girl shook her head coquettishly, and the other two urged her on. One said: ‘Go on! You are first, and we shall follow; yours is the right to begin.’ The other added: ‘He is young and strong; there are kisses for us all.’ I lay quiet, looking out under my eyelashes in an agony of delightful anticipation. The fair girl advanced and bent over me till I could feel the movement of her breath upon me. I was afraid to raise my eyelids, but looked out and saw perfectly under the lashes. The fair girl went on her knees, and bent over me, fairly gloating.

Obviously, he’s a douchebag because his fiancée is at home wondering where he is while he has three women ready to take turns having their way with him. Then he has the audacity to complain that it will involve a little neck biting. I mean, come on!

Harker eventually escaped the castle, but not before discovering where Dracula slept (because he’s an obsessive fuck), at which point he beat the count over the head with a shovel simply because he saw the poor old guy before he had a chance to make himself presentable for the day. No wonder Dracula sailed off to London.

Back in London, Harker’s fiancée Mina had a best friend named Lucy. Lucy was a total bitch who hid behind the illusion of being “sweet.” She had three suitors who all proposed to her at the same time, mostly because she spent a long time leading them on, letting them hold her hand and taking strolls through the park. One of them probably bought her some kind of candy or pony or something. Mind you, she never put out; she just rewarded their blue balls with a smile and her “sweet” nature. Just look at this here:

My dear, it never rains but it pours. How true the old proverbs are. Here am I, who shall be twenty in September, and yet I never had a proposal till today, not a real proposal, and today I have had three. Just fancy! THREE proposals in one day! Isn’t it awful! I feel sorry, really and truly sorry, for two of the poor fellows. Oh, Mina, I am so happy that I don’t know what to do with myself. And three proposals! But for goodness’ sake, don’t tell any of the girls, or they would be getting all sorts of extravagant ideas and imagining themselves injured and slighted if in their very first day at home they did not get six at least. Some girls are so vain.

Bragging about her proposals and then calling other girls vain for expecting the same thing?  Total douchebag. And whose proposal does she accept? Not the American cowboy Quincey, nor the guy who owns an insane asylum, Dr. Seward – she goes for the guy with the most money, Lord Godalming.

Dracula must have thought she was hot shit too, because when he got to London he proceeded to court her in his own way and take her on a romantic walk in the moonlight.

After obviously enjoying each other’s company, Lucy pretended like she didn’t remember any of it. The stress of cheating on her fiancé (whom she hadn’t let bite her pinky finger, never mind her neck) made her so ill that she eventually died. She came back as a vampiress and shacked up with Dracula. Of course, the rest of the douchebag committee couldn’t let her be happy, so they go on and on about her immortal soul needing saving. They proceeded to her crypt, found her sleeping soundly in her coffin, stabbed her in the heart and cut off her head. They cut off her head. Who does that? Nobody likes that person.

Dracula, rightly pissed off, is even angrier to learn that one of the assholes that killed his new girlfriend is none other than his ungrateful houseguest Jonathan Harker. He decides fair is fair, and pays Harker’s lovely wife Mina a visit. Dracula is a really smooth guy and he got Mina lapping up his blood in a jiffy.

This is probably because Harker didn’t spend a lot of time satisfying his wife’s needs. Mina, of course, denied that any of it was voluntary and pulled the old cry rape trick, making Dracula once again look like the bad guy.

Dracula finally decided that all London bitches be crazy and took off for home, trying to shake five angry idiots and their hired goon, some old geezer named Van Helsing. Van Helsing was possibly the biggest dick of them all. He went around finding Dracula’s sleeping spots and soaked them with holy water and sprinkled communion crackers everywhere. Have you ever tried to sleep with cracker crumbs in your sheets? It’s fucking impossible.

Dracula shared his heart with Mina. Did Mina appreciate this? No. She let Van Asshole hypnotize her so that she could use this intimate connection with her vampire lover to betray his true location. Van Helsing finds Dracula’s castle and kills all of his three wives while they’re sleeping, like a real man. Ultimately, after attacking an innocent band of gypsies along the way, the posse locates Dracula’s sleeping chambers. They throw the lid off his coffin and, before he even gets a chance to explain himself, Mina’s stupid husband stabs Dracula in the chest, then slices his head off.

Meanwhile, Quincey is such a clumsy ass he falls into one of the gypsy’s knives and gets himself killed. Does anyone care what that gypsy is going to have to deal with now? He’ll probably be in therapy for the next 20 years.

I thought this book was terrible, a total tragedy that promotes violence and intolerance towards people who are different than you. I can’t believe Dracula never got to find love. I was rooting for him the entire time and, even when things were at their darkest, I was hoping he’d be able to find a way since vampires are supposed to be best at night. It’s probably considered a classic because of the lessons it teaches all of us about the dangers of discrimination.

If you want to read this travesty for yourself, go ahead. Dracula, by Bram Stoker. Or you could watch Underworld and see Kate Beckinsale prance about in a leather catsuit in the rain while making out with people who are more attractive than you. Whatever you do, just don’t watch Twilight. Somehow that shit is even worse than Dracula.

I hope you enjoyed this satirical deconstruction of Dracula. On a serious note, REAL bats are NOT evil but are swiftly becoming an endangered species. They are critical to insect/pest control, as well as many other biological things I can’t hope to remember. The guys at Bat World Sanctuary, however, have lots of facts they can share with you and are happy to take donations. I was particularly moved by the story of Lil’ Drac. I discovered his tale while finishing up this piece and felt it was the perfect time to share. Finally, if you want to accessorize while being altruistic, visit Vamplets.com to purchase your own stylish silicone bracelet branded B.A.D (Bats Are Deserving). Fifty percent of the cost will go to Bat World Sanctuary. Thank you for anything you can do, and thanks, as always, for reading.

Illustrations by the legendary Edward Gorey. 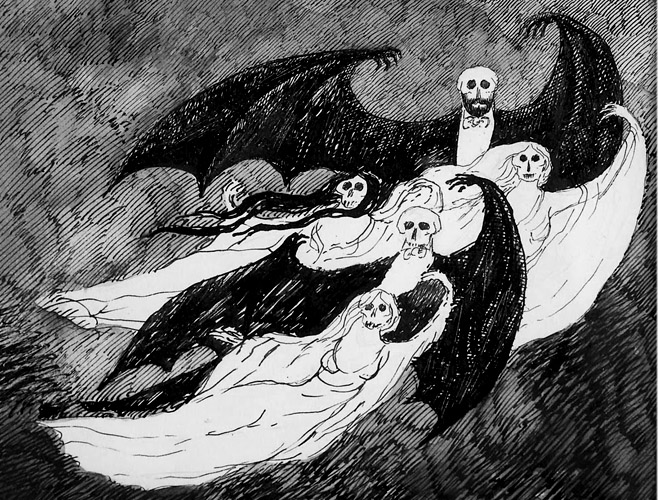