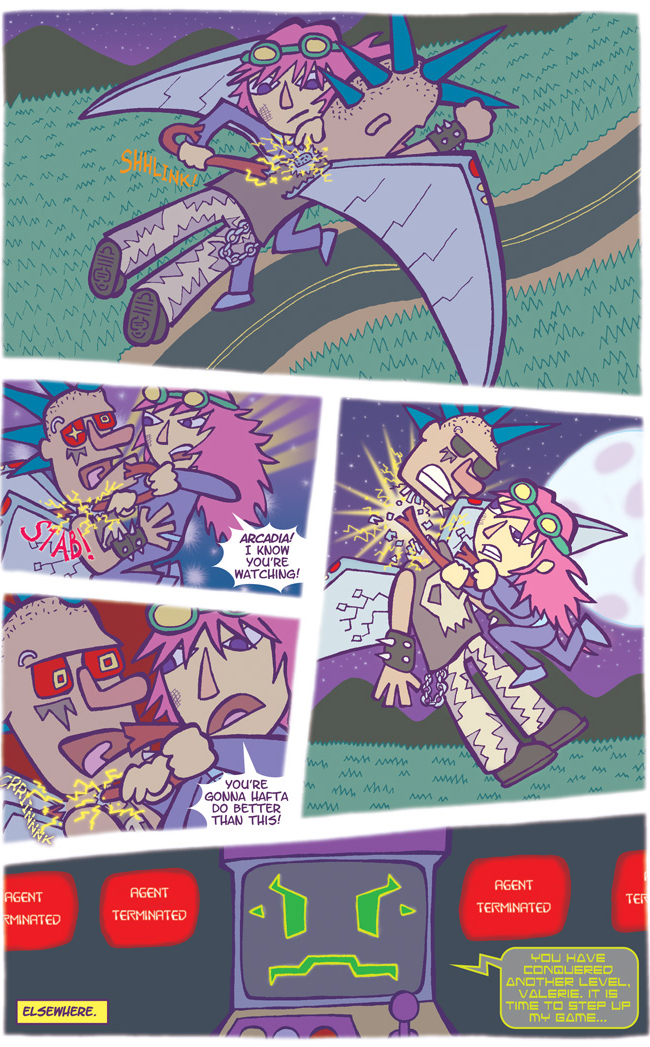 When I drew this page, I thought it might raise some concern from parents, being that there is a decapitation. I feel it has been made abundantly clear prior on this page that CyPunk is a robot, but I know how some parents can be. So I made sure there was no question that he was a robot. I added the sparks, made his eyes super-robotic and didn’t back down on prying his metal head off. My original plan was for it to be a far shot of Val prying his head off, silhouetted against the full moon, but I didn’t like how it came out.

I did my research by watching cartoons that are aimed at the same audience as Flabbergast to back up the level of violence I decided to put into this book. After watching a few episodes of Samurai Jack, Spectacular Spider-Man, Avatar: The Last Airbender and the 2003 Teenage Mutant Ninja Turtles, I knew I was fine. One scene I will never forget from the Turtles series is when Leonardo slices off Shredder’s head! AMAZING!!! The first four seasons of that show were fantastic.

Last year, I appeared on the Comics Are Great Podcast hosted by Jerzy Drozd, and we discussed gauging the violence for an all-ages title. Warning! The show does contain some spoilers about the Flabbergast story!

Here’s a video of Leo slicing off Shredder’s head: