Last Saturday, I purposefully hurt myself. I tuned to Spike TV, a network I never watch, to check out the Spike Video Game Awards. I knew what I was getting into, but rather than rage against the banality of television, I decided to try to take the high road. Just before the live show aired I proclaimed on Twitter that I was only going to live blog nice things about the VGAs. My experiment was a difficult one. Like most people, I’m wired for snark and there’s plenty to bitch about on this show. But bagging on the VGAs is like shooting fish in a barrel. It’s an easy target. And piling on a shriveled gimp like the VGAs is boring as hell. 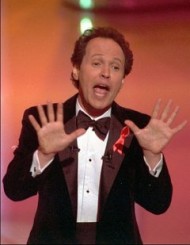 As I suspected, my Twitter feed was abuzz with two hours of gripes. People moaned about the jokes. They complained that not enough awards were handed out. And they griped that one of the developers from Infinity Ward got teabagged. These are all valid. People are entitled to their opinions. Even the boring ones.

But tuning into the VGAs and being appalled is like stepping up to a lunch counter, ordering a shit sandwich, and then complaining that your meal tastes like poo.

The awards show is the single most artless form of communication. They’re stilted, stiff and generally boring. Spike’s attempts to liven up these proceedings aren’t terribly effective, but I understand why they tried. Serious awards shows like the Game Developers Choice Awards are only interesting to the people who made the games and the few fans who care enough about games to know who made the games they like. That is not a big audience. And awards shows such as this aren’t fit for television. They’re just too long and too nerdy. And, most importantly, there are no celebrities in videogames.

People don’t watch the Oscars, the Emmys or the Grammys because they love to watch the distribution of statuettes. They watch these interminable, corny, lowest-common-denominator ceremonies to catch glimpses of their favorite celebrities. That’s why they don’t broadcast the dozens of technical Oscars that are handed out. Nobody wants to watch a bunch of below-the-line tech folks deliver thank you speeches. Sadly, nearly everyone who makes videogames is the equivalent of cinema’s unsung tech heroes. One of the biggest failings of the videogame industry is that very few people are famous for making games.

Tuning into the VGAs and being appalled is like stepping up to a lunch counter, ordering a shit sandwich, and then complaining that your meal tastes like poo.

It is a miracle that a network would allow a show to spotlight these no-names for even a moment. The world just doesn’t care. And no award show, no matter how serious and respectful, is going to change their minds. Maybe I’m getting old, but I’m over crusading for change where change seems impossible. Hollywood isn’t going to stop making bullshit summer movies. The music industry isn’t suddenly going to put millions of dollars behind making Mike Patton the world’s most famous male vocalist. Television isn’t going to, totally out of the blue, start being really smart and thoughtful.

Your favorite TV show is a minor miracle. The people who made that show awesome had to climb uphill, fending off advertiser influence and bonehead executives, just to make that show as smart and entertaining as it is. And then they had to hope and pray that the dimwitted American public would respond to ads, tune in and make that show a profitable  enterprise. Our culture is stacked to coarsen, ruin and dumb down anything smart, provocative or beautiful.

Just this week I tuned in to the cable network Bravo – which was once a channel that broadcast opera and classical music – to find them airing the marijuana comedy Friday. On the sci-fi channel, I recently caught an episode of The Prophets of Science Fiction that dealt with the visionary author Philip K. Dick. Over the course of a half hour the show told me precisely three things about the author and repeated them over and over just in case I was too brain-damaged to absorb them. We are trapped in the world of Idiocracy and there’s no escape. You can hammer your fists on the walls of this stupid cage until they’re bloody, but you won’t change a thing. 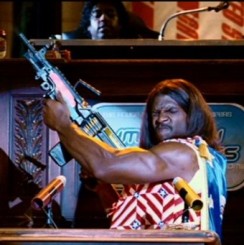 I’m done with rage. I spent most of my 20s railing against anything and everything I deemed beneath my superior intellect. It was exhausting. And, frankly, I’m amazed that I didn’t bore my friends to death. I approve of those who chose to ignore shit that is beneath them. They’re most surely the happier people. And they don’t subject the rest of their world to their whining.

The third option is the most noble and the most difficult. And that is to infiltrate and change the system from the inside out. I truly believe that there are people working on the Spike VGAs that are trying to do just that. It isn’t easy to make good TV. And it is even harder to make good TV about games. I’ve been a fly on the wall during attempts to make eSports work on broadcast. And I know enough people at G4 to know that the solution to our TV problem isn’t as simple as everybody thinks. But they’re trying.

That’s why the Spike VGAs has a few smart moments, a few minor miracles. What other TV show is going to give airtime to Wheatley from Portal 2 or devote five minutes to Jose Gonzalez performing “Far Away” from the Red Dead Redemption soundtrack?

I’d rather support the rogue agents who made these moments happen and encourage them to keep fighting the good fight than shit on them (and score a few feeble points for myself) because somebody chose the wrong color for a health potion.

It’s okay if you’re mad about the VGAs. Congratulations on your bold opinion. Have you considered speaking out against cancer and murder? When you’re through telling the world how smart and tasteful you are, please join us. We’ve got a ton of more interesting stuff to talk about.

Pretension +1 is weekly column by Gus Mastrapa about the culture of videogames. If you enjoy being told you’re wrong you’ll absolutely love it.

Dungeon Master Sacrifices Virgins in the Name of Role-Playing, Part 2