One of the common comments I frequently find beneath game reviews I’ve written goes something like this: “You forgot to mention x, y and z!” with x, y and z equaling whatever pet peeves or mandatory videogame features that a particular gamer holds near to his or her heart. I almost never reply to these comments because the answer seems pretty obvious. Firstly, I have a word count. I can’t talk about everything. But more pointedly: I didn’t mention x, y and z in my review because I don’t care about x, y and z. The fact that I don’t give a squirt about frame rate or the ability to invert the y axis doesn’t make me a negligent critic. It just makes me a critic with way different concerns than you. 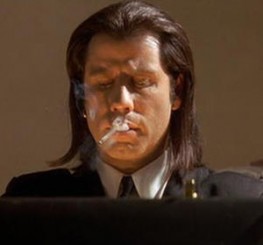 I’m fairly sure this is a problem unique to videogames. You don’t see people taking book critics to task for not mentioning the typeface or paper stock of the hardcover. It makes sense that these issues are on the minds of gamers. Videogames aren’t passive, one-size-fits-all experiences. They’re also things we use. As much as they’re like games, movies and other art-like diversions they’re also like tools, clothing and vehicles. The way that videogames fit us is important.

There’s a reason why people react so differently to videogames. And its not just because they don’t fit properly. Videogames are rife with bullshit. And by bullshit, I mean stuff that we’re not interested in, stuff we’re actively annoyed by or stuff that just doesn’t do it for us.

Even the greatest games have a little bit of bullshit in them. Some great games come with heaping loads of Biff Tannen bullshit. But that’s okay. Because in addition to all that bullshit, most videogames also contain the thing we’re after. For some the thing we’re after is a tight-as-hell gameplay mechanic, for others it is the ability to slip into the skin of somebody else, for still others it is a wide-open space filled with shit to do.

People are willing to forgive a ton of bullshit once they’ve found, zeroed in on and starting soaking in the thing they’re after. This is why one person can love a game like Skyrim while the same game drives another person batshit crazy.

It goes further than genre preferences and gameplay tastes. The thing we’re after feels so good when we find it that we’re able to forgive the most egregious bullshit. That’s why voice acting in video games has been so terrible for so long. Because, in most cases, it wasn’t the thing we were after. We were after turn-based RPG combat. We were after corridor shooting. Games gave us that good, good stuff and the rest of that bullshit sort of faded to the periphery. That’s one of the miracles of videogames – not only are they excellent at helping you forget your shitty boss, they’re also good at helping you forget the shitty boss fight they just made you sweat through.

Even the greatest games have a little bit of bullshit in them.

It’s not a matter of taking what we could get and being thankful. Videogames have been quite good at delivering the thing we’re after. Gamers are, to be honest, a lucky bunch. We’ve been wallowing in the stuff we love for ages. It helps that we’re so single-minded.

This, readers, is how critics can rave about a game that has flaws up the wazoo. Yes, Skyrim is buggy. The characters most certainly do feel like mannequins. But the thing we’re after in Skyrim doesn’t have much to do with either of those things. Skyrim is a big, wide-open place that is really easy to get lost within. The bugs and robotic people that populate the place are bullshit, to be sure. But they’re the kind of bullshit that’s easy to swallow when the thing we’re after is granted to us on a velvet pillow.

So the next time you’re ready to pillory a game review or, God forbid, a friend for having the gall to overlook x,y, and z when recommending a game, please pause for a moment of introspection. Take stock of all the videogame bullshit you’re willing to put up with. Identify your holy grail – that thing you’re after – and understand that it is a magic thing that can make even the most egregious bullshit seem totally A-OK. Finally, understand that everybody has a different thing they’re after. Find a critic that is after precisely the same thing you’re after and you’re  set for life. Just don’t get your hopes up.

Pretension +1 is a weekly column about the culture and conversation around videogames. Follow and harass Gus Mastrapa on Twitter @Triphibian.

Bullshit, The Elder Scrolls V: Skyrim, The Thing We're After