I never meant to stand in line for Modern Warfare 3. It just sorta happened.

I had considered driving out to GameStop to pick up the game at midnight, but those kinds of adventures are for younger, more devoted men. The morning that the game was released, I woke up at the crack of noon, fried myself some bacon and eggs and drove my ass to the strip mall to procure one first-person shooter.

I live in a place called Apple Valley, California. We’re about an hour and a half from Los Angeles, if the traffic gods are willing. Like most of you, I live in everyday America, which means where I’m at we don’t have subways, nightlife or Occupy Wall Street protests. We don’t have Trader Joe’s or Whole Foods. We have Applebee’s and GameStop. We have guys on the side of the road spinning signs for furniture clearance sales and Peaches strip club.

Unlike most of America, we have acres and acres of desert scrub made oddly luminescent by all the broken glass. There’s a kind of squalor to this end of the high desert. When people ask about where I live, I tell them it’s like Breaking Bad. But somehow I feel like Albuquerque is a nicer place. 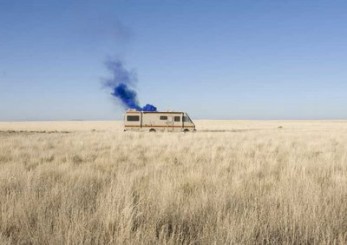 I’ll admit that I was made for living in that other, more rare America where people hammer out police procedural teleplays at The Coffee Bean and Tea Leaf. Where, before the recession, nobody seemed to have a day job. Here in Apple Valley nobody seems to have a day job either, but that’s because so many here are unemployed. San Bernardino county’s rate is about 13.6%.

So I guess I shouldn’t have been surprised to find a line out the door of my local GameStop at one in the afternoon the day that Modern Warfare 3 was released. What was surprising (to me at least) was the kind of folks who were there to buy the game. I’ve stood on line for my share of games. When I lived in Los Angeles – it seems like another life – I went to GameStop just before midnight to buy Halo 2. In the line with us were Matt Groening and his two teenage sons. When I lived in Minnesota I braved the winter cold outside a Best Buy to grab a copy of the Wrath of the Lich King expansion for World of WarCraft.

There are no celebrities in line for Modern Warfare 3 this afternoon. Just my neighbors – everyday Californians with their trucks and their Not of this World stickers. Curiously, the crowd wasn’t quite the type you’d expect to see standing in line for a videogame. Such lines tend male. They tend dorky. This line feels like a line for a movie. There are fathers and sons. Young couples. The girl in front of me has Shit In Her Lip™ – two piercings that left her already full lips bee-stung and swollen. The dude with her is tall and slim, cool behind his Ray-Bans like there’s always a Skrillex song buzzing in his ears. One young man, a good six or seven heads in front of me, is wearing one of those all-over print MMA outfits – the kind with silver skulls silkscreened over barely legible Gothic text. There’s not a name for his type quite yet, but I file young men like him in the same mental folder as I do Juggalos.

There was nobody like that in line for Halo.

I take my place in line with my Soy Awake tea latte in one hand and my smartphone in the other. My spot puts me right in front of the door to Baja Taco – a not-so-great hole in the wall with a banner advertising an unappealing $1.99 chicken taco platter above the front window. A retirement-age woman takes notice of our line as she elbows her way into the joint. “Waiting in line for something free?” she asks no one in particular. “No,” I joke, “We’re standing in line for something expensive.” Nobody laughs. Before the day is done Modern Warfare 3 is going to set all of us back $64.64 after tax. 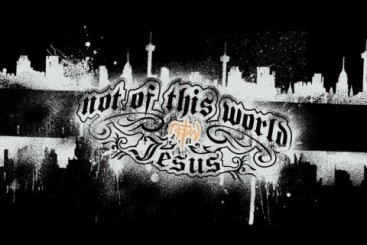 Not much later, a gaggle of preteens crosses Bear Valley Road. I surmise that they’re part of a Christian youth group. There’s a minivan parked nearby with a tacky peace sign painted on one side – I bet that’s their ride. The kids are all conversing with each other at the top of their lungs, but not really talking to each other at all. They struggle down the embankment between the intersection and the strip mall parking lot. They all have soft drinks in their hands.

The smallest one – a round Latino kid – stops short when he sees the line and makes a show of dropping his medium-sized Wienerschnitzel soda cup like he just saw something as jaw-dropping as a U.F.O. or a naked lady.

His friends don’t notice. Or if they do, they don’t validate his fat kid humor defense mechanism with any laughter. Apple Valley is a tough crowd. “They’re waiting for Call of Duty: Modern Warfare 3!” he proclaims. Eight months of commercials running during Family Guy reruns have this kid trained just right.

He’s not the only kid under the age of 18 with a desire for this game. Right next to me are a father and son patiently waiting to buy the M-rated shooter. The towheaded boy, in a shirt that looks like it might represent a brand of dirt bike, can’t be more than 13. His father is probably only a little older than me. He looks like he works hard for a living, like a contractor. His cauliflower ears tell me that at one time he may have played hard as well.

There’s not a name for his type quite yet, but I file young men like him in the same mental folder as I do Juggalos.

It takes a good 20 minutes before I get to the door of the store. I can see that the GameStop has three employees making their best efforts to move videogame units, but the process is more than a matter of exchanging money for goods. Some people are trading in old games to pay for this new one. Two little girls lug in a box with a white Xbox 360 inside for exchange. A woman behind me in line wonders if the store is understaffed because of the economy. She’s wearing a track suit with purple piping and I can’t help but connect her with the character of Marie Schrader from Breaking Bad – the wife of a DEA agent who has a thing for the royal hue. But this woman is a little older than actress Betsy Brandt. She has that Sarah Palin thing going on with her hair.

Another father and son enter the store. Dad isn’t here for Modern Warfare, but Sarah Palin assures him that he’ll have to stand in line if he wants to buy anything. “I guess you’re not getting a game today,” he tells his disappointed youngling.

As we move through the used game aisles, the dirt bike boy explains to his dad the deal with Arkham City. “They turned the whole city into a prison,” he says with the awe of someone who has never seen Escape From New York. Dad humors him, but I can’t resist correcting the lad. “Arkham is an asylum,” I tell him. “It’s where they put Gotham’s criminally insane, like the Joker.” Neither of them seem too interested and I’m immediately embarrassed. If I got out more often I wouldn’t feel so desperate to have conversations with strangers.

Another gentlemen enters the store, hoping that his pre-order of the game will get him out of the wait. I panic, momentarily, worrying that the store won’t have a copy of the game for me. A wiser person would have asked before standing on line for an hour. But something in me wanted to be around these people. Though I spent most of my time somewhat rudely gaping into my smartphone, I admit that the lonely work-from-home freelancer in me becomes starved for this kind of proximity.

When I get to the register, I learn that my worries were unfounded. The cashier grabs one of the dozens upon dozens of the cases from the wall and hands it to me. I pay him and I leave, climbing into my car to go sequester myself again.

Pretension +1 is a weekly column by Gus Mastrapa about the culture of videogames and the lives of the people that play them.

Will the New York Islanders Answer the Call of Duty?