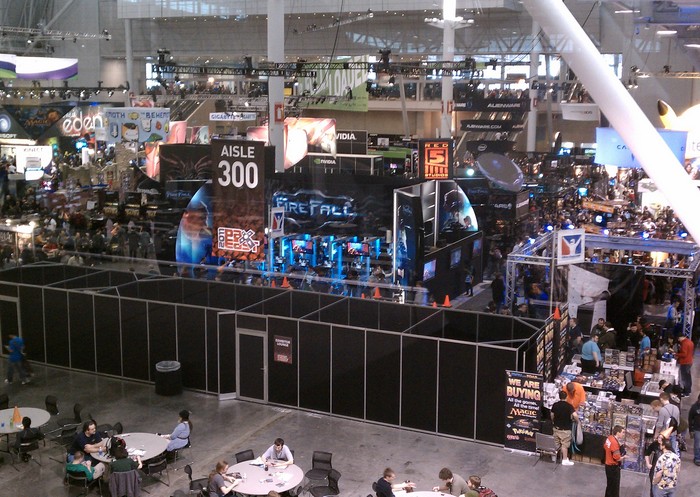 Where do I start?

Clearly, Tycho and Gabe have lived up to their promise of making PAX East a fan-first event, which is admirable. It’s far better for them to have media deal with long lines and being shut out of panels than their paying customers. General pass holders got through will-call before the rest of us got our media passes (being told we were in the wrong line by a BCEC security guard didn’t help). But despite missing the keynote and one of the panels I wanted to see (“Press B to Laugh”), I still saw plenty that impressed me:

• MIT is doing some very interesting things with video games, at least from a psychological standpoint. Yet One Word is a typing tutor where your character exposes your innermost secrets while going through the five stages of grief. I never expected to play a video game based on the Kübler-Ross model.

• Smaller developers aren’t here just to promote new games. While the focus was clearly on their Summer 2011 release Machine Gun Jetpack, Halfbrick had a demo set up for Raskulls, whose very-late-December 2010 release escaped me. I wish someone had told me they had taken Mr. Driller and turned it into a four-player race game!

• Cosplay is downplayed at PAX, but I still saw a few girls dressed as Morrigan from Darkstalkers, various guys dressed as space marines, about half a dozen girls (and one guy) with pink hair, one kid dressed as a Companion Cube from Portal, and a woman wearing a dress made entirely out of Magic: The Gathering cards. “And string!” she reminded me. The string’s just as important as the cards. 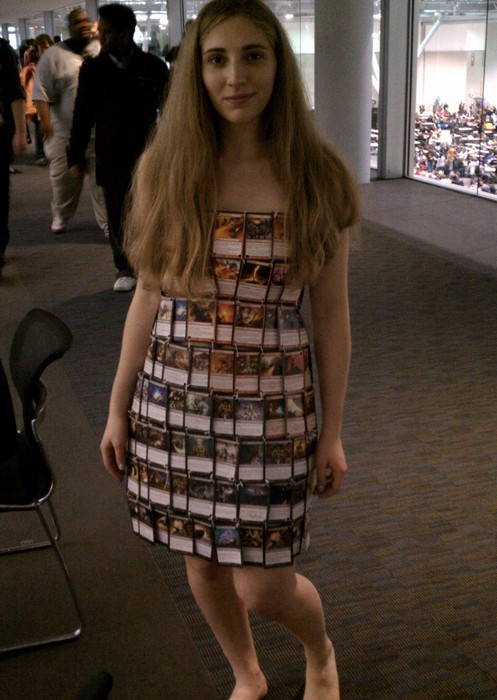 While I focused on smaller booths yesterday, today is all about the big boys. Microsoft is demoing Fire Pro Wrestling, Rockstar has LA Noire, and there’s also the Duke Nukem Forever display. Looking forward to all of it.

@UnwinnableDonB is Don Becker. Charles Moran is not. Accept no substitutes.