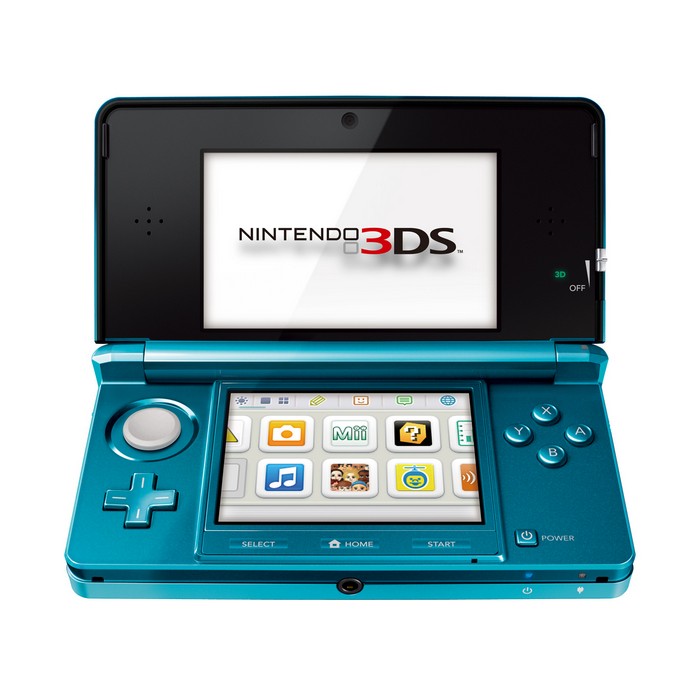 Team Unwinnable had a chance to play with Nintendo’s new hand-held system, the 3DS. Between Steel Diver, AR Games, Super Street Fighter IV, and Kid Icarus: Uprising, we got a pretty good idea of what the system can do.

I mention on Unlistenable 0.4 that I was very excited to play a 3DS. I own a DS and, in fact, I bought a DS Lite from Japan in navy blue months before they were released in the US. I got a couple of looks over other players’ shoulders to see if I could get a glimpse of the effect and all I got was a headache. When I finally got in the booth, I was a bit scared that if the over-the-shoulder got me dizzy then hopefully full on 3D wouldn’t make me puke. That would be embarrassing. Boy, was I wrong. I am super impressed by 3D effect. I have seen open view pictures of the 3DS before PAX East, so I know the unit has 5 to 7 screen layers to achieve the effect. It’s almost hard to envision that this good of an effect is all controlled by the slide of the button.

I played Steel Diver first. It is a submarine game where you control the periscope and fire torpedoes at ships. It’s a very simple concept with one unmistakable twist – YOU have to move in order to see other ships. I almost strangled myself with the wiring from physically turning in circles while looking for ships to sink. The only thing missing was the sound of RevCo.’s Attack Ships On Fire emanating from the tiny speaker. This game was fun, but hopefully there is more to it as I can see this game play being extremely repetitive which could translate to boring. 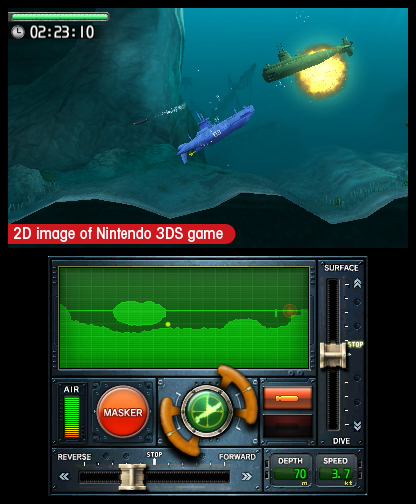 Like many other members of Team Unwinnable, I got to play the Augmented Reality game demo. This gaming concept uses all the cameras and the 3D mode to make the 3DS part of the real life experience. They calibrate it by focusing on a card on the table. The demo had me shoot arrows at targets and made me move around the card to shoot targets that faced a different direction. I also got to fight a dragon that comes out of a hole in the table. The visual trickery almost convinced my mind that I was seeing this for real. I am more interested in seeing how developers use this, say, in an adventure game where you’re forced to physically move around a space to hunt for a key in the virtual world.

The 3DS is Nintendo’s fifth DS handheld (after the original, DS Lite, DSi, and DSi XL), and it represents the biggest change to the line in its seven year lifespan. In addition to the much-discussed glasses-less 3D top screen, it adds an analog controller, beefier hardware, and a second rear-facing camera for gaming and 3D picture taking. I had a few minutes on Sunday to demo the 3DS and two of its games. But does the technology live up to the hype? Yes, and no.

The first game I tried, AR Games, comes pre-installed on the handheld, and much like Wii Sports or Wii Play were for the Wii, it is equal parts game, technical demo, and tutorial for the device. While the full version will include six mini-games, the demo units at PAX East only included one – Archery. In it, naturally, you line up a target in the on-screen crosshairs and fire. An AR Card, a piece of card stock with a question mark block, is required for the game, as the 3DS bases quite a bit on its position relative to the card. After placing the card on a flat surface and calibrating, moving the 3DS while keeping its rear-facing cameras trained on the card itself allows you to rotate around targets, including a large dragon which serves as a boss at the end. Move the 3DS in such a way as to lose sight of the card, and the game stops until it can see the card again. It’s a little awkward to have to stand over a table and aim the 3DS down in order to keep the game happy, especially since instinct and 30 years of handheld gaming have taught me to hold devices upright while playing, but with time I got better at keeping it all together. That said, it’s a simple, straightforward game, but I can’t vouch for its replay value; at least Wii Sports and Wii Play have the advantage of being two-player games. 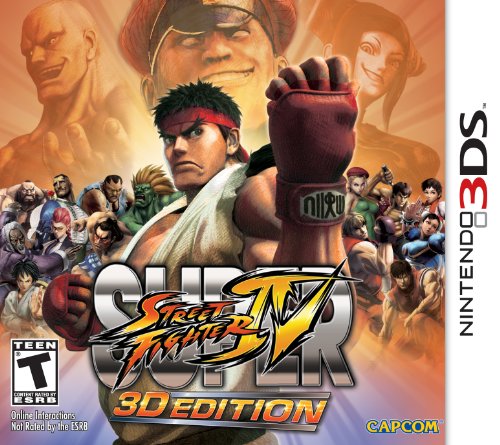 The other game I tried was Capcom’s Super Street Fighter IV, and as I was pressed for time I didn’t delve too deeply into the game’s over-the-shoulder mode, instead opting for a quick battle in classic 2D mode. The game does render it in 3D, giving the same look as a 3D movie – multiple 2D planes of varying depths. And the action was very fluid with no discernable slowdowns, which speaks to the additional horsepower underneath. However, after about 5-10 minutes of use, watching the 3D screen became uncomfortable. A warning does pop up in SFIV advising the player to take a 15 minute break for every 30 minutes of game play, and I would assume that similar warnings are in other games as well. The slider switch on the right side of the top screen adjusts the depth of the 3D, and makes it possible to play the game in 2D as well, which did alleviate some of the discomfort.

It’s hard to say from such a brief trial whether my eyes would eventually adjust to the 3D, or if I would be better off taking more frequent breaks than Nintendo recommends. Despite that, the 3DS is a beefy successor to the DS line, and one would expect Nintendo and their third-party developers to do some great things with the faster hardware down the road.

The Nintendo 3DS is a pretty damn fun system.  I had a chance to demo a few games, including Dead or Alive: Dimensions, Kid Icarus: Uprising and Augmented Reality Games (or AR Games for short) and I was impressed with what I saw.

The first game I played was DoA. It is a solid addition to franchise. The controls are fluid, the graphics are seamless and the overall gameplay is exactly what players want from a DoA game. When I switched the system to 3D mode, I was thrown off at first, but I grew accustomed to the 3D quickly. The game moved along just as well in 3D as it did in 2D.  So far, so good.

Next up, I got my grubby little mitts on Kid Icarus: Uprising. Now this game made a lot more use of the system’s capabilities. Players control Pit with the analog stick and aim on the lower screen with the stylus. The game’s mechanics were a little tough to get a handle on at first, but once I did, I had some fun going up against Medusa’s minions. The flight control is pretty intuitive but the aim does take some getting used to. The game played well in both 3D and 2D. OK, two for two. 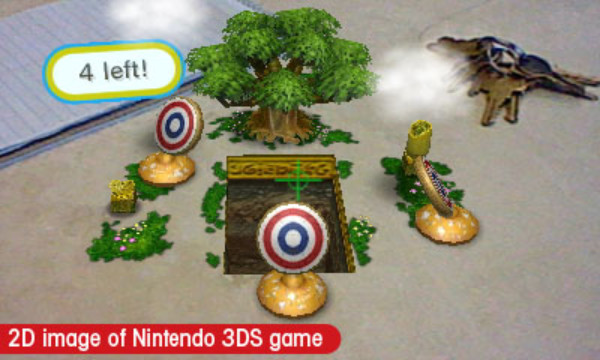 Finally, I got to play AR Games. Now, there isn’t much depth to the AR Games demo I played and there really isn’t supposed to be. It plays like a really awesome tech demo and I’m pretty sure that’s what it is supposed to be. AR Games makes use of the system’s camera, the 3D tech and the system’s portability, as Don and Ken note above. While it isn’t a terribly deep game, the Archery AR Game has me excited for the system’s possible applications.  That’s three for three folks!  I can’t wait to snag my 3DS.