“I don’t think I’m the kind of traveler to make a road for myself where one doesn’t already exist.” –Kino, Kino no Tabi

Anime’s always been a boy’s club, both on and off the cel, so it figures whenever a ‘chosen one’ might emerge to save humanity that said chosen one would have a penis to help him along. This isn’t a uniquely Japanese problem; the bildungsroman has been an area of male dominance throughout its history with very few exceptions. Fortunately for my word count, I don’t get paid to write about 18-20th century literature. Yet. 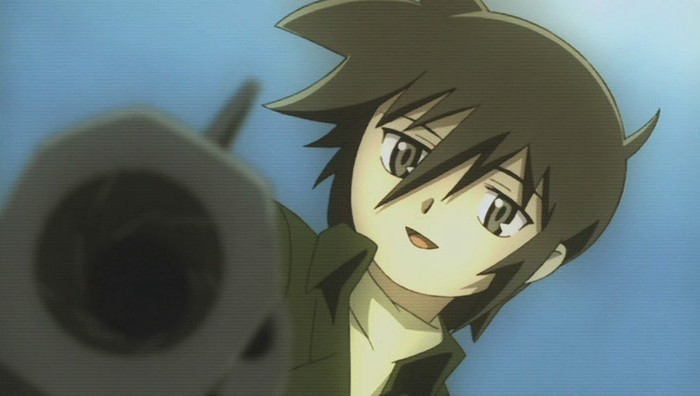 It might seem ironic, then, that one of the most intelligently rendered anime in recent memory to feature a female protagonist was both directed by a man (Nakamura Ryutaro) and based on a light novel series written by a man (Sigsawa Keiichi) who was very clearly stealing his premise from a seminal work of fiction/poetry by yet another man (Italo Calvino). And to complicate matters further, Kino, the character I’m referencing, spends the bulk of the series masquerading as a boy. So we begin a look at a couple unique examples of strong feminine behavior in anime with Kino no Tabi (Kino’s Journey).

Kino no Tabi is the story of an adolescent girl traveling on motorcycle through a world that keenly resembles pre-WWI central Europe. The original novel series is directed at young adults, and some of that juvenilia carries over in the series’ use of title screens as well as its deployment of Hermes, Kino’s talking motorcycle. The rest of the series, however, finds much more depth throughout, as each new country becomes platform for philosophical insight. But one issue the series seems tactfully reluctant to address is that Kino makes herself out to be an adolescent boy, fashioning herself after Hermes’ original owner, a father figure who instilled in her her original sense of wanderlust.

As I noted above, this idea comes from another writer, Italo Calvino, whose Invisible Cities gorgeously traces Marco Polo’s fictitious parlance with Kubla Kahn, as Polo attempts to describe for Kahn the many realms of the vast empire Polo traverses. Calvino’s Polo relays little temporal context for, or personal investment in, the lands he visits. The result is a focus on the relationship between Polo and Kahn in their one-sided discussions, and, by extension, on the relationship between the reader and the text. Kino, on the other hand, refuses to stay in a single country for more than three days specifically to prevent an emotional attachment from forming, and we as viewers are kept at a similar distance, allowing us space to examine the philosophical portents of the land.

Beyond the gender neutral, if not outright masculine, attire Kino dons, it is her refusal to emotionally connect that is her, and the show’s, deepest exploration of gender norms within the bildungsroman. Often, even in anime, male characters come of age with an expanded investment in emotionality and a renewed interest in community. Just as often, it is a female character that serves as the catalyst for this transformation. In the few animated instances that the tables have been turned and the focal point of a series was female, this female often acts as a catalyst for the transformation and salvation of others (i.e.: Fruits Basket) or is part of a larger cast of exclusively female characters from which she cannot perform independently (i.e.: Gunslinger Girl). 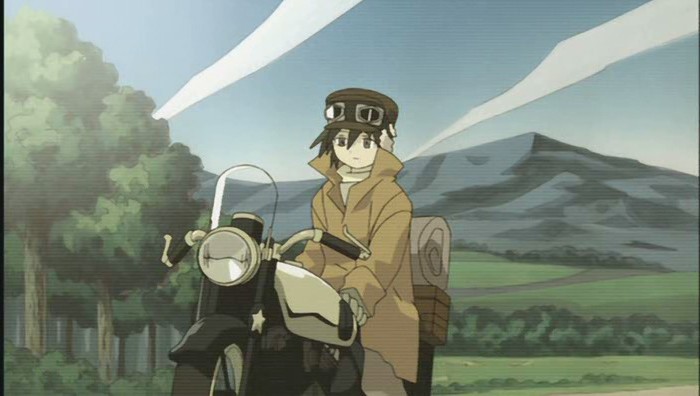 Kino’s independence is without question, and she certainly isn’t the kind of anime heroine whose character drive is predicated on her salvation of others. In almost every country she visits there are desperate people that she could theoretically help. But to do so would likely force her to violate the rule she’s set and so she leaves the people to their own fates. An early instance in which Kino does attempt to help a group of travelers ends in betrayal, and we see the first glimpse of the show’s potential for violence.

As it stands, the only examples of a strong female anime lead I can come up with are also capable of, and wont to perform, terrible acts of violence, either as a means of self-preservation or of vengeance. As we’ll see in part two’s close examination of Elfen Lied, sometimes that line between self-preservation and vengeance isn’t so clear. Until next time…

Daniel Imperiale’s Twitter feed is a walking, talking, feminist manifesto. Check it out at @DPIWins.