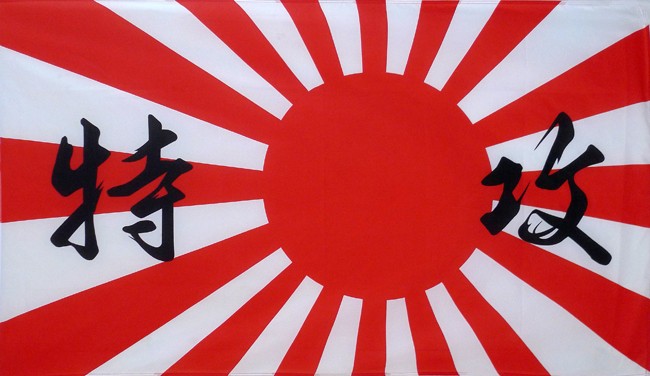 Once again, we at Unwinnable are here to help you cut through the clutter of this season’s anime.

Before talking about the shows, I want to touch on something a bit more serious. Northern Honshu is still a mess after the earthquake and tsunami of March 11, and people are really suffering up there. So, as you’d expect, there’s a lot of extended news coverage of the situation. This continues to bump around air times for pretty much everything else on TV in Japan, as it rightfully should. If your favorite show has an unexpected delay, remember that there are more important things than entertainment in our lives. They’re doing what they need to do.

If you’d like to help, the most efficient charities that have been involved are the Japanese Red Cross, and globalgiving.org.

On to the previews… 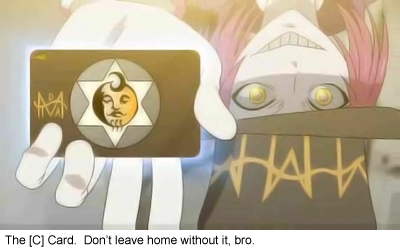 [C]: The Money of Soul and Possibility Control [Premieres 04/15]

This season’s original late-night Noitamina project explores the impact and power of big money, using a dystopic future Japan as the background palette. When economics student Kimimaro is offered passage into “The Financial District” by a mysterious man, his life is turned upside-down. The terms of the deal give Kimimaro a near-unlimited sum of money, but his future is held as collateral – he’s expected to pay it back in kind somehow. Thus begins his odyssey into the secret inner workings of Japan’s economy, and the “Sovereign Wealth Fund” that bailed Japan out of bankruptcy.

From the previews, this show looks polished and slick.  And, the unusual subject matter might give us one to grow on. I’m excited about this one.

This show might just have the most fun-for-geeks premise out of anything this season. It goes like this: Young Ginta Igarashi is wrongly convicted of slaughtering his entire class and sent to a private prison that subjects its inmates to powered-up gladiatorial games. As he fights to survive, he navigates the prison’s strange convict culture and discovers the details of the messed-up conspiracy that landed him in jail in the first place.

So, it’s like Running Man vs. The Prisoner, with super powers? Yeah, I’m totally there. And, I’m not alone. The buzz on the boards is way positive for this show. In fact, I’d definitely give this one the nod for “Most anticipated series.” 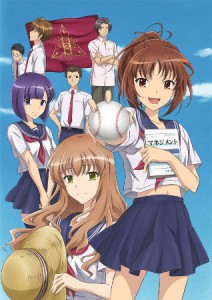 Continuing this season’s trend for oddball plot devices is a sports comedy that you probably never would have expected to see. Minami Kawashima volunteers to take over as the manager of her school’s sad-sack baseball team. There’s only one problem – she has no idea what she’s doing. So, she decides to buy a book to teach her how to manage the team. What book does she choose?  “Management,” by American productivity guru, Peter Drucker. As she attempts to apply its precepts to running a baseball team, hilarity and efficiency ensue.

Now, why would I put this quirky-yet-heartwarming show into Tier 1? It’s because the book upon which it was based was the bestseller in Japan for 2010. People ate it up like a stack of hot pancakes. There’s got to be something to it, as this level of cross-demographic popularity doesn’t happen by accident. I’m curious to see what the secret sauce is that makes this tale so magically delicious.

Only once in a while does a show come along that’s both as fun to watch and as trippy as the Chaos;Head OVA was. And now, that creative team is looking to hit one out of the park with their adaption of the next game, Steins;Gate. It’s not really a sequel, but it is set in the same universe.

A year after the events of Chaos;Head, a quirky group of friends manage to beat the world’s finest scientific minds to discovering the secret of time travel…by rigging a microwave oven to send text messages to the recent past. The shady research group SERN wants their secret, and they’re coming to get them by force.  This is only the tip of the iceberg. The plot is likely to get even stranger than that. Have a seat for this one, and get ready to be weirded out…In a good way.

After the enjoyable romp that was Wolverine, one has to figure that it can only get better once the rest of our favorite mutants get added to the mix. I’d say that, so far, the “Superheroes Partnership” of Marvel and Madhouse Studios has been a qualified success, and this series will be as good as the others have been.

Reading the official description of this show would give you the wrong idea. It’s not that the show itself is selling ad-space on its characters to real-life companies. Rather, they’re making fun of the ever-expanding presence of marketing into our lives by involving fictitious marketers into the plot.

The story is otherwise a more familiar one to American action audiences than to the Japanese. Superheroes fight not only for justice, but for popularity and air time on reality TV, so they can keep up their lucrative sponsorships. Enter the best-there-is loose-cannon “Wild Tiger”, who is assigned a rookie named “Bunny” Brooks to teach and watch over. They fight the bad guys, they argue with each other. Maybe call it a cross between Bubblegum Crisis: Tokyo 2020 and Training Day?

Here we have a slice-of-life school comedy based on a surprisingly popular manga. Three unusual students form a support group for the purposes of helping other members of the student body.  Most of the problems are trivial (at least to start), but the group really goes all out to solve them. I’m putting this in Tier 2 solely on the strength of buzz. The manga sells well, and the otaku-sphere is really looking forward to it. It should be good for some laughs. 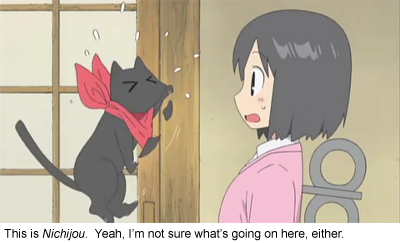 Another entry in what turns out to be a bumper-crop season for comedies, this is set in a strange middle school where the bizarre is routine. The creators are going for full-on screwball laughs with this one. Like all such comedies, its success will depend on only one thing: Can the writers keep the jokes flowing without missing a beat?  The “Episode zero” preview was cute. I hope they can keep the momentum going for the season.

File this one under “Supernatural Action Formula”. Teen protagonist Rin Okumura grows up under the tutelage of a master exorcist/demon slayer, only to find that he himself is the son of Satan. Ain’t that a kick in the head?  Much angst ensues, and Rin decides to become an exorcist, as much to excise his own dark origin as to defeat evil. Expect a lot of magic and fighting. Oh, and did I mention angst? 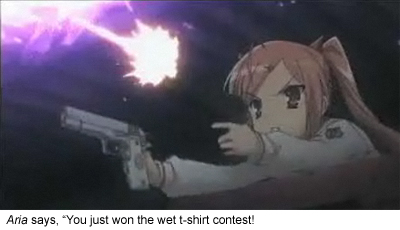 If “girls with guns” is your thing, then this is your show. At a high school where young detectives are taught their trade, shy-but-handsome Kinji meets ultimate armed loli Aria.  Gunfire and explosions ensue.  Grab some popcorn, and watch stuff blow up.

This is the story of a young boy and his female cousin who went missing for a year and a half, thinks she’s an alien and walks around the neighborhood with a futon strapped around her. I’m not sure why this makes a compelling plot, but the light novel that it’s based on sold pretty well. Plus, the project was not only green lit for an anime, but there will be a manga and live-action film as well. And, hey, it’s got aliens…Or something.

Another season, another Shonen Jump vehicle gets the cartoon treatment. Toriko is the story of a man who travels the world and faces danger to track down the most delicious dinner ingredients in the world. It’s heavier on the comedy side of the usual comedy/action balance that we’re used to from Jump. If you’re a total Jump fanboy, you’ve probably already got this on season pass. Maybe it’s worth a look for everyone else, but I always though this was a weaker title.

A sort of public service for shy otaku, this show is an animated adaption of a guide book on how to date and have sex for men who are still virgins at 30. Now, you’re so curious, you have to watch it, don’t you? You know this would never fly in the US. We love you, Japan. Keep being awesome.