In the last quarter of 2010, Hasbro and Discovery Channel launched a new network called The Hub. It showcases a variety of family friendly programming and above all, the network features some of Hasbro’s well known toy brands. On the day after Thanksgiving, they launched a new G.I. Joe series called G.I. Joe: Renegades. This is a depiction of the Joes I never saw before.

“Accused of a crime they didn’t commit, a ragtag band of fugitives fights a covert battle to clear their names and expose the insidious enemy that is… Cobra. Some call them outlaws. Some call them heroes. But these determined men and women think themselves only as ‘Ordinary Joe’s.’ And this is their story.”


Ring a bell? If is wasn’t for the slant that Cobra Industries is this mega-conglomerate aimed to helping the people of the world, I probably would have been just as hooked knowing in some fashion, it’s an homage to the A-Team.

Thus far, a group of young soldiers become fugitives after a mission goes wrong. They were looking to uncover the truth about Cobra’s plans of world domination. Now, they’re on the run and they are not exactly inconspicuous about the fact that they are wanted. The authorities, Cobra mercenaries and The Falcons are in hot pursuit of the soon to be reborn G.I. Joe team.

It’s an interesting take on the mythology of G.I. Joe. In the 60s and 70s, they were adventures. In the 80s, they became a military force unto themselves. Now, they are criminals.

The Joes (or Renegades if you prefer) come off like a group of green shirt rookies rather than specialists they’ve been since 1982.


I like the fact that Cobra is portrayed as multinational firm involved in communications, pharmaceuticals and military tech. They come off as the “hero” of the show as the try to cover up for their experiments gone awry and try to eliminate this new thorn in their side. 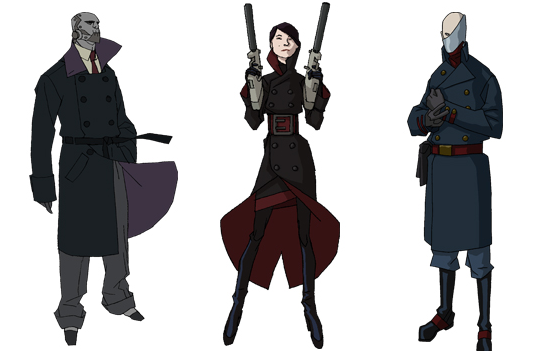 Then there’s the Falcons. Assembled as a group of military police, Flint and his elite team, the Falcons, are also on the trail of the group of deserters.

The core Renegade unit is Duke, Tunnel Rat, Roadblock, Snake Eyes and Scarlett. In any other series, comic or cartoon, a Joe fan could see this as a typical Alpha team sent into battle. The way their characters are portrayed make them out to be the most unlikely pairing, giving them more in common with the survivors in The Walking Dead than with their doppelgangers of years past. I love their relationship with each other. They seem to suffer from the I may not like you but I need you to survive syndrome.

Cobra, on the other hand, is a much more well-oiled machine!

Cobra is run by Adam DeCobray or what seems to be him. It is actually a video of a normal man, but when you see through, you realize its a deformed madman sounding awfully familiar.

M.A.R.S. head honcho, Destro is voiced by Clancy Brown! How cool to know that the man who played the Kurgan (Highlander) and demonic priest extraordinaire Justin Crowe (Carnivale), is the man to don the iron mask? Currently, Destro’s only connection to Cobra is in his arms dealings.

The Baroness is the face of Cobra as far as the media and public relations is concerned.

Dr. Brian Bender (Mindbender, anyone?) is seen early in the series as he is creating the perfect soldier.

Storm Shadow appears in several flashbacks depicting the story between him and Snake Eyes.

Other characters have turned up in recent episodes too. Ripcord appeared in the first 2 episodes as part of the team. He is somewhat annoying and is responsible for naming everyone. He meets his end in episode 2. In another, we see Doc Greer and Steeler. On the Cobra end, Scrap Iron,Major Bludd, Zartan and the Dreadnoks fill out the Cobra ranks.

All in all, Renegades is turning out to be a great series with lots of twists. Check out G.I. Joe: Renegades on The Hub network every Friday and remember – Knowing is half the battle. 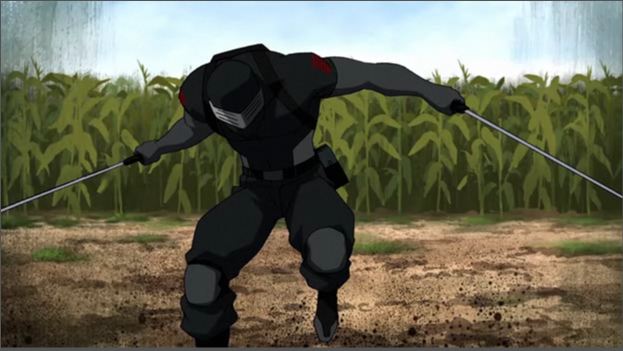