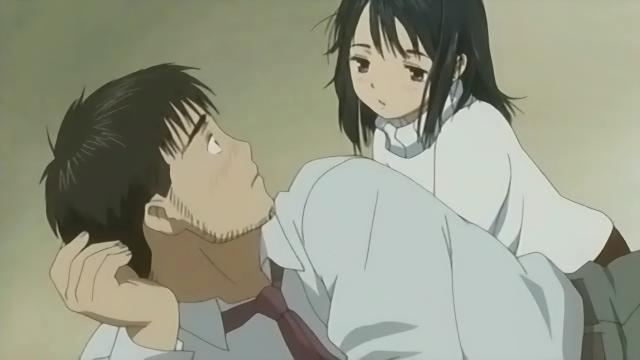 American television has only so much tolerance for the taboo. We’ve come to allow for homosexual characters and situations (despite, or perhaps because of, our stringent social policies regarding gay rights) and even to sympathetically depict polygamous Mormons. While I haven’t seen polygamy covered in anime, I’ve certainly seen homosexuality examined in the foreground and accepted in the background as it has been for a while in the US. But I’ve also seen anime depicting incest (by both Eastern and Western standards), pedophilia (by Western standards) and transgender issues.

For example, in April 2004, TV Asahi premiered a dangerously provocative anime – based on the manga by Yoshida Motoi – that chronicled the romantic relationship between a 27-year-old protagonist and his estranged 15-year-old sister. Of 13 completed episodes, Asahi aired only 11, with episode 8 airing on another station and the final episode only available as an online stream.

The anime in question, Koi Kaze, has a very definitive style associated with slice-of-life anime on a shoestring budget and can be recognized by its thin lines and partial coloring with mostly faded pastels.

That style can be seen again on Fuji TV (and streaming at crunchyroll.com) in Aoki Ei’s Wandering Son. This time, the focus is on two young characters’ mutual realizations that they’ve been born into the wrong genders. As the protagonists enter middle school, they must rekindle their lost friendship or risk the kind of alienation confronting LGBT youth. Both shows deal responsibly with extremely sensitive subjects, neither glamorizing them at the expense of their realism, nor bogging them down in dreariness or trauma beyond the pale of a genuine emotional range.

These issues simply don’t exist in American programing, and if they did animation would not be the medium. We prefer brutally surreal forms of realism—despair in HD, if you will—to the so-called childish realm of cartoons. But it’s likely that extra bit of cognitive distance between an animated world and our own that allows us to see these stories as Brecht would have us see them: not as dramas simply to be taken as experiences at face value, but as dramatic displays of social paradigms and their consequences in practice.

Akira or, “The Powers That Be”