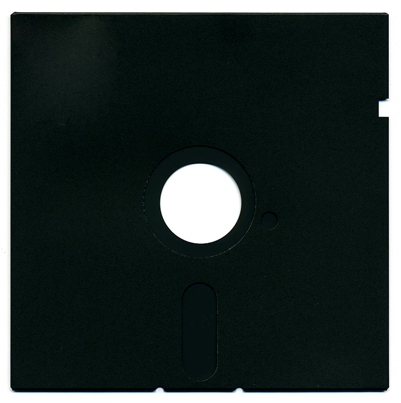 Last night, I learned that for a limited time, 100 Rogues was available free via iTunes. In an instant, my love of the roguelike genre was rekindled into a blaze and much sleep was lost.

My first computer was an Apple IIc and on that venerable machine, with its blindingly green monochrome display, I played many of the games that formed the foundation of what I would come to love (and hate) about videogames as a medium. Much of that exposure was due to samplings I received via the UpTime diskmag*.

What the hell is a diskmag? Basically, once a month or so, we would receive a 5 1/4 floppy disk in the mail. On that disk would be a kind of computer magazine, complete with articles, useful files, applications and, on the flipside, games.

They were mostly simple things – Alpine Skiing was a fave of mine – but occassionally something more elaborate would come along. One such game that left a lasting impression was a roguelike.

It might have even been Rogue itself, or Hack, but vagueries of memory have obscured the truth. What I do remember is that no matter what race or class I picked, my character appeared on the screen as the @ symbol. As the game began aboveground, I was usually surrounded by a field of periods and, using the arrow keys, I would eventually navigate myself to some ^’s which indicated mountains. I was looking for 0, the entrance to a dungeon, but inevitably, I would be set upon by K’s and G’s, those damnable kobolds and goblins that waylay so many 1st level characters. I almost always died before getting into the dungeon.

I did not like that game, whatever it was called, very much.

However, it was a dose of something I craved but could find nowhere else. This was the early 80s and Dungeons & Dragons was at its peak of popularity. It had a cartoon that I watched as often as I could catch it. It had fantastic toys. It had those mysterious books with crudely drawn monsters on their covers. It also had a bit of a dire reputation (despite being included in the feel-good movie E.T.: The Extra-Terrestrial…oh, wait, that movie terrified me at the time. Never mind.).  My mother, like many parents at the time, opted to keep me away from the game and its offshoots. I did not get my first AD&D book until fourth grade (Monster Manual II, circa 1986) or my first AD&D toy until later still (the bendy hydra, circa 2007). 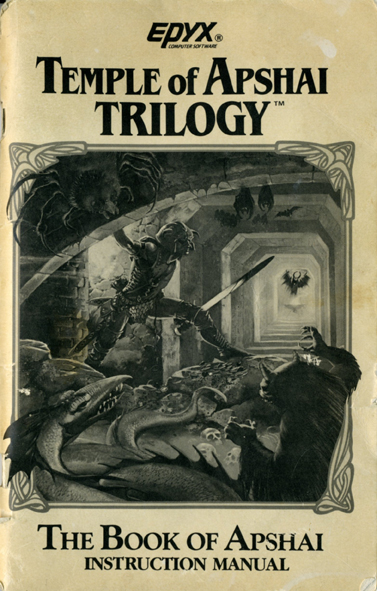 Videogames, though, didn’t suffer the same prohibition for some reason (parental caprice is a strange thing). I received The Temple of Apshai Trilogy for my birthday in 1985 and it sent me over the moon. If that was the closest I could get to real Dungeons & Dragons, I was OK with it. Also a roguelike, this one featured snazzy graphics and a booklet that had colorful descriptions for all the rooms you discovered during the course of the game (those snazzy graphics still didn’t allow for rooms more elaborate than walls and doors).

The Apple IIc is long gone. The UpTime disks are long gone. Even the Temple of Apshai box and disks, which I treasured, are gone.

But I still have that booklet.

The rest, is history, more or less. Roguelikes got more and more complex over the years, eventually evolving into modern action RPGs. Deep inside, locking a secret place, I am yearning for the day that Diablo 3 finally emerges from mere myth and legend. Until then, I run a semi-regular Dungeons & Dragons campaign. I keep a copy of NetHack and an emulator that runs Temple of Apshai Trilogy on my laptop for long commutes and lazy evenings. And now I have the extremely entertaining 100 Rogues to keep me entertained on my iPad (something has to, it is pretty barren on there). 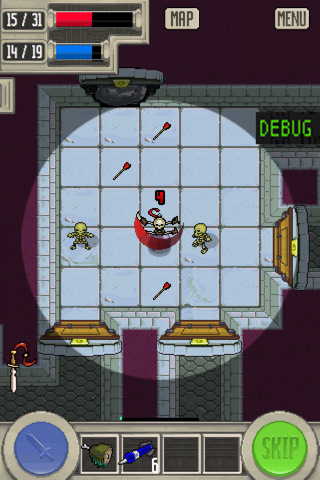 And you should too.  It is a cartoony, simplified version of NetHack, but what it lacks in relative depth to that storied game, it makes up for in personality and playability. The touch interface works well for the game, the enemies are amusing and the loot is plentiful enough and makes for interesting tactical advantages. If 100 Rogues takes a cue from its forbearers and regularly updates the game with new content, monsters and items, it will be a force to be reckoned with. And did I mention it is free? (Well, right now anyway)

Pick it up, get in the dungeon and go kill Satan!

*Like much of the recollections this article, many years have passed and I find that I am not entirely confident in some of the details. It may have been UpTime, it may have been SoftDisk, it may have been something else entirely. Unfortunately, the disks are gone and no one in the family except me even remembers having them in the first place…

Dead Cells : Variety is the Spice of Death
Previous Post