Otaku culture’s come a long way since it was unified under its now ubiquitous title.  Back then (those dark, early 80s), the term was more often a pejorative used to describe a lowly, lonely member of a subculture devoted to anime and comics. As an interesting point of etymology, before it spiraled from the confines of the anime industry outward to the fans thereof, the word literally translated as “another’s house” and was often used as a distant, but polite and archaic form of “you” the way we might use thou in modern parlance. Funny that a term connoting social distance should come to define a group of social outcasts. 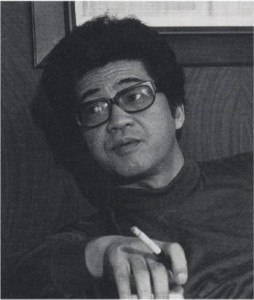 The occasion of otaku’s spread into the Japanese nomenclature proved more harmful than not, as it became associated in 1989 with the murder of 4 young girls after the police found a large collection of anime and manga in the suspect’s apartment. Today the term’s expanded in Japan to apply to all kinds of “information fetishists” as Volker Grassmuck fitfully describes here. In the US, we’ve come to understand otaku as applicable to any geek or nerd (Americanisms for our information fetishists) that is particularly obsessed with the anime/manga/cosplay/videogame aspects of Japanese pop culture.

In almost every case of the American otaku, however, there are deeper ties to Japanese culture that the non-otaku American often overlooks. Most prevalent among them is an avid interest in Japanese art, history and literature. Those interested begin with broad strokes, but like any good fetishists they each will develop a nuanced appreciation for the culture’s finer facets. 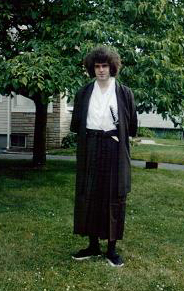 For example, I adore anime, so long as it’s good. I’ve been watching it in some form or another since I was 3, and during one lost summer in high school I wiled away upwards of 10 hours a day on the stuff. That rate has slowed significantly. What’s more, I’ve read very little manga, I’ve never cosplayed or been to a convention and I couldn’t name more than one or two current “idols” in Japan.

So what makes me otaku? Where I haven’t manga, I’ve Japanese post-war lit. Where I haven’t idols, I have artists like Yokota Susumu and Takemitsu Toru. Where I haven’t cosplay, well, I did wear a formal kimono and short sword to prom (see embarrassing photo). It is likely that, despite these achievements, the hardcore American otaku would find me an amateur. But we started out with a little etymology lesson, and I’d like to end with one. “Amateur,” before it’s modern, negative connotation stuck, once meant “lover.” The amateur musician was not paid for his craft, but played merely out of love. So I’m happy to be considered an amateur for now, at least until otaku evolves here in the US the way it did in Japan, that it might broaden its reach to include all the happy fetishists of so many beautiful things Japanese.