We at Unwinnable sifted through the charts and trailers to find what’s worth watching so you don’t have to.  Here are the upcoming season’s goodies, sorted top to bottom by expected awesomeness.

This show probably has the highest expectations of any in the winter season. It has an all-star cast of veteran artists and writers, with Yutaka Yamamoto (The Melancholy of Haruhi Suzumiya) directing. Plus, anything that runs in the Noitamina time slot (or the Anime no Chikara time slot, for that matter) is going to be held to a higher standard than the rest of the season’s slate.

The premise is left intentionally vague. There is a system called “Fractale,” which is said to be failing. We’re not sure what the system is, but we’re told that the main character, Crane, will discover the truth about it as he searches for a girl with whom he had a chance encounter.

While the description of the premise seems thin, I think what will really raise the level of this show is the lush and sweeping artwork and the old-school soft feel of the whole thing. They’re really going for a kind of “Miyazaki Lite”, put on full display in the show’s trailer. I don’t think that the plot will sell us short, either – they’re leaving it nebulous so as not to spoil the good stuff 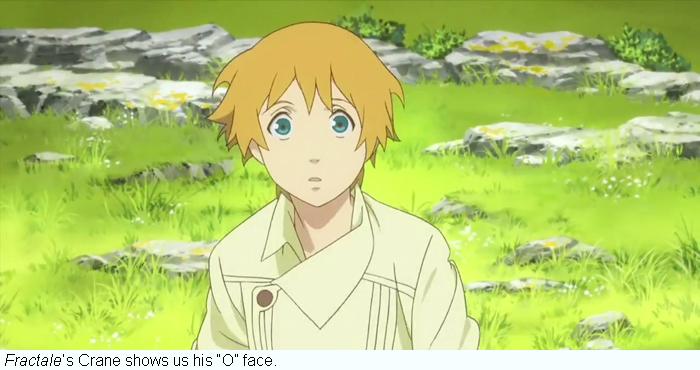 If Fractale has the highest expectations, then Beelzebub has the most otaku buzz surrounding it. The manga has a solid following, and its fans have been calling for an animated adaptation probably since issue 1.

The show centers on Tatsumi Oga, the city’s “strongest juvenile delinquent” (the Japanese are even polite with their criminal element – he’s basically a thug). Things are going as expected for him as he begins his freshman year in the lowest rated high school (which is filled with other delinquents) until he’s suddenly chosen to be the babysitter/best buddy to the infant son of the King of Hell. Action and hilarity ensue.

If you’re a fan of the “Big 3” (Bleach/Naruto/One Piece), you’ll probably get a kick out of this one. 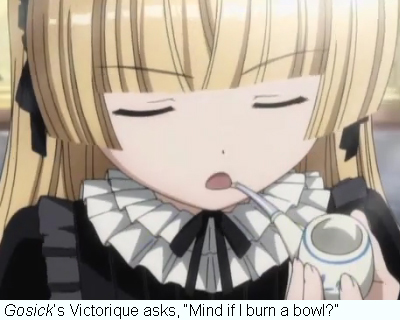 While the spelling of the title may have come from the word “Gothic” getting sent through a computer translator one too many times, the rest of this show is sharp as a tack.

It goes like this: In 1924, a transfer student from Japan goes to Europe and teams up with a girl genius whose deductive skills rank with Sherlock Holmes.  It’s got action, it’s got suspense, and it’s got flawed and awkward teenagers in the middle of it all. It looks to be a good one.

There isn’t a lot to say about this show. Either you like the current Marvel/Studio Madhouse collaboration on Iron Man, or you think it’s an affront to the purity of the original. Either way, I expect the same level of quality in their second project, Wolverine. One thing I will admit is that I think that Wolverine’s backstory probably lends itself to an anime treatment better than most of the Marvel classics do. 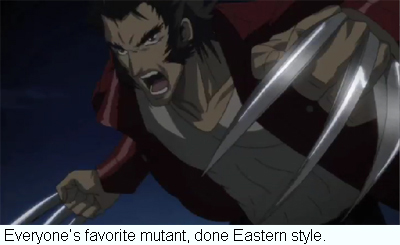 Well, this isn’t exactly The Walking Dead. In modern day Earth, a high school boy falls victim to a serial killer. A young female necromancer takes pity on him and resurrects him as a zombie. But, the world he awakens to is very different – it’s full of magical girls and vampire ninjas. Yeah, it’s a little hard for me to take seriously, too, but the trailer made it look better than the plot synopsis does. I think it may surprise.

When a show’s official plot summary ends with: “One day, a girl falls on top of him,” you immediately expect that show to be heavy on fanservice and light on everything else. In this case, there’s more to the story.

A boy with a gift for seeing other peoples’ dreams is joined by a girl who comes from the world of dreams. Together they help fight a war against evil cats. Besides the inherent trippiness that comes with any tale of reality intersecting with the world of dreams, there’s a genuine examination of the nature of dreams and what they mean to mankind. Sadly, between the combat and the comedy, you might miss that part if you blink.

These two shows follow a very well-worn formula. Earth is at war with aliens, the women are the ones with the ability to fight them and a young boy struggles to prove that he can help the cause as much as the women. There are material differences to the specifics but, if you’re a veteran of action anime, you’ll definitely feel like you’ve been there before with both of these. It all comes down to whether or not you like this kind of story.

Young protagonist Ryuuji and his cousin rescue a girl from human traffickers only to find that the “girl” is really a dragon. Mayhem ensues as the heroes fight to protect her. This show could go either way and I didn’t get much from watching the trailers. Let’s hope it’s everything it can be and doesn’t end up as a flop.

This comedy has a simple premise: “My roommate is an alien.” The trailers and stills that have been released for this show look surreal as all get-out. I don’t know what to make of this thing, but the author of the original manga, Yoshihiro Togashi (Yu Yu Hakusho), has experienced success before.

Here’s a drama that features an effeminate boy who befriends a girl who wishes that she were a boy. Not your standard “gender-bender” by any means, it has the potential to be both touching and socially relevant. It can also be an unmitigated disaster if handled poorly.