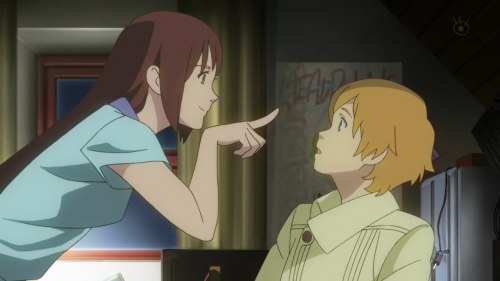 Two weeks ago, American anime distributor FUNimation halted the simulcast of Yamamoto Yutaka’s fantasy anime Fractale at the request of the Fractale Production Committee. Citing the proliferation of illegal fansubs in the U.S., the committee demanded that FUNimation seek out, destroy and delimit the further dissemination of any illicit material before the simulcast could resume.

Now, I understand that sanctioned, legal streams are vital to a fragile American anime industry. Still, I couldn’t fully agree with FUNimation’s marketing director Lance Heiskell when he claimed in a blog post last Friday that he, “was surprised that the initial reaction…was frustration with the Japanese rights owners [Fractale Production Committee], when the frustration should be directed towards those who distributed the episode illegally.”

Okay, yeah, poo-poo on the criminals. I get that. What irks me is that Mr. Heiskell is either too out of touch with the fans’ perspective or simply too politically savvy to admit that he understands our frustration. Of course we’re frustrated with the committee! They’ve seen fit not to punish the bad guys, but to punish the very viewers and subscribers they rely on for revenue. It’s as though a bank were robbed, and the bank’s board then prohibited the bank from making loans or cashing checks until the tellers went out and caught the robbers.

Since then, FUNimation somehow stepped up and got the Fractale Production Committee to allow the simulcast to continue, which is damn exciting since the show seems a bit promising. As for Mr. Heiksell, well, the rest of his post has some quality information regarding the various channels through which anime is distributed globally, so it’s worth checking out. That is, if you can stomach his closing plea to throw your money away on soon-to-be obsolete technologies (DVD! Really!).