When I first witnessed Akira as a teenager, I was too floored by the spectacle racing across my screen to make sense of the jumbled emotions it left me with. I felt exhilaration, I felt anger, I felt a deep hopelessness bordering on nihilism, but I could never explain why. The only way I could describe the movie to friends was in terms of Tetsuo’s grotesque transformation, or a breathless scree about how cool the opening motorcycle chase was. This generally proved enough to convince them to watch Akira, but did nothing to soothe the uneasiness I felt every time I joined them. Akira was a visual marvel, certainly, and it was easy to sell it as such, but these images were hiding something I dreaded, like wall-paper plastered over a welter of feelings, always threatening to erupt.

It wasn’t until I recently revisited the film, for the first time in over a decade, that I realized what troubled me so deeply about the movie. It was its furious politics. They’re easy to miss at first, the way the camera privileges Kaneda and his hedonistic biker gang the Capsules for so much of the story. Living that close to these thugs, it’s easy to get wrapped up in their tribal worldview, to hate the army because they’re a threat to Kaneda and Tetsuo’s status quo and miss that these fascists are currently suppressing disgruntled laborers and protestors to consolidate their own power.

The dizzying animation and the lush art likewise do plenty to disguise these realities. As the corrupt senator Nezu describes it, Neo Tokyo is “an overripe peach,” rotten with lights and sounds and bodies and vehicles, the clangor of television kiosks and the grotesque imagery of their advertisements not distracting from the cacophony of rioters clashing with police or motorcycle gangs crashing or politicians bickering with generals about the budget. It all bleeds together, reducing the whole city to mere spectacle. 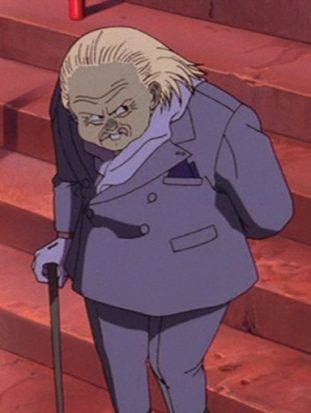 In reality this welter is director Katushiro Otomo’s attempt to demonstrate what happens when systems of control grow moribund. By Otomo’s estimation, the vaunted control bureaucrats and colonels and even the arrogant Tetsuo think they wield is not a hand on an on/off switch, but a monkey wrench they can only throw desperately into the guts of the machine when it rages beyond what they had reckoned. If the gears grind to a halt, they do so only for a second; in a moment all that energy will be channeled down new avenues, towards a purpose more destructive. The machine will continue on, only now smoking, rattling, certain to blow sooner than later. And so Colonel Shikishima’s attempts to suppress insurgent elements through martial law only produce more of the biker gangs, revolutionaries and religious fanatics that threaten his ideal of peace. Scientists’ bid to harness Akira’s immense energies always initiate nuclear holocaust; and, in the most disturbing of all visual metaphors, Tetsuo’s desperate struggle to wrest his own godlike potential warp him into a sea of organs and circuits.

The villains of Akira are not so much corrupt as they are arrogant and foolish, too myopic to recognize that anyone who tries to wield power is bound to enter a war of eternal escalation they cannot possibly win but are also never to back down from. On the contrary, their methods will become ever more forceful. More horrific. Power, meanwhile, will only grow more frustrated in its desire to express itself until, inevitably, it explodes outward in its most violent manifestations. 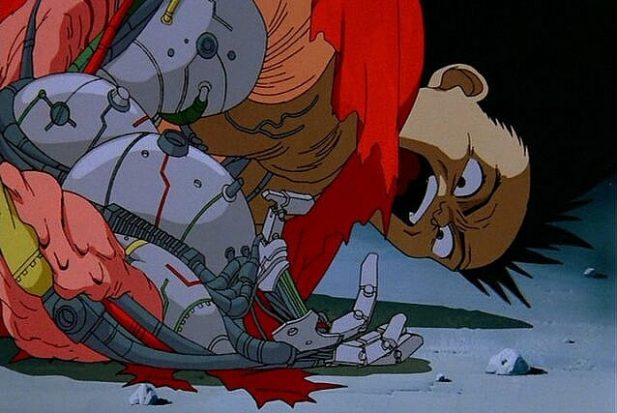 In the face of this, Otomo can offer no solution, no moral. To do so would be to deny everything Akira has said. To construct some ordering framework around chaos. To control it. The only thing he can deliver in the end is the catharsis of destruction. It’s an intensely honest politics but also an intensely nihilistic one that has no endpoint but apocalypse. No wonder I felt such fear the first time I watched it. And no wonder it remains so disturbing, perched as we are at the edge of a new era of political horror.

Science, Society, and Steamboy (The Other Movie from Akira’s Director)
Previous Post