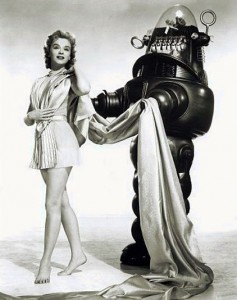 Unwinnable is sad to learn of the death of science fiction screen legend Anne Francis, who died yesterday at home due to complications from pancreatic cancer. She was 80.

Perhaps best known for her role as Alta Morbius in the 1956 sci-fi classic Forbidden Planet (alongside Leslie Nielsen) and as the sultry private eye Honey West in the 1965 series of the same name, Anne and her iconic mole enjoyed a dedicated cult following throughout a career lasting over 50 years.

Although appearing in such films as Bad Day at Black Rock and The Satan Bug, Anne later preferred to work on the small screen. The Twilight Zone, Alfred Hitchcock Presents and The Man From U.N.C.L.E. were but a few of the programs that were graced by her presence.