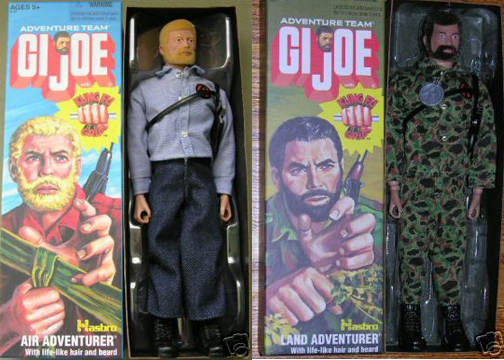 Maybe you’ve seen me canvasing the Toys R Us aisles at ten in the morning, hunting down plastic, camouflaged heroes on the wall pegs. Maybe you heard me on my soapbox, praising the diabolical works of Cobra Commander. Whatever it was, after all these years, I’m still hooked on G.I. Joe.

It probably started with my brother’s 12″ G.I. Joe collection from the 60s and 70s. The figures had battle scars and cool weapons. The jeep had a working light in the trailer and a missile-firing anti-aircraft gun. There was the tower with the zip line and the water friendly submarine. It was the boys’ version of Barbie and was just as successful. As awesome as those toys were, though, my true obsession began with the Marvel comic book series.

The Marvel series was based on Hasbro’s 1982 3 ¾” action figure line, G.I. Joe: A Real American Hero. I collected the toys as a kid and watched the cartoon, but it was the comic stuck with me. Series writer Larry Hama gave the book a sense of realism that wasn’t captured on the TV show – Joes and Cobras alike were maimed and murdered on a regular basis. The stories were full of offbeat love interests and evil deception. The characters didn’t have superpowers, but they had guns. For any kid who played War, this was the ultimate war drama with true heroes and villains, but there was one day above all when I knew my fate was sealed.

It was 1984, my mother, brother and I were going through Port Authority on the way back from New York City. We went to one of the newsstands inside to get gum and there it was: G.I. Joe # 21 – the SILENT issue, the one where Snake Eyes infiltrates the Cobra Castle! At this point in my life, I was already collecting comics, playing Dungeons & Dragons and the like. I loved the X-Men, Ghost Rider and Spider-man and collected some of the more obscure comics of the time, but this issue grabbed me and began something that was more than a phase. 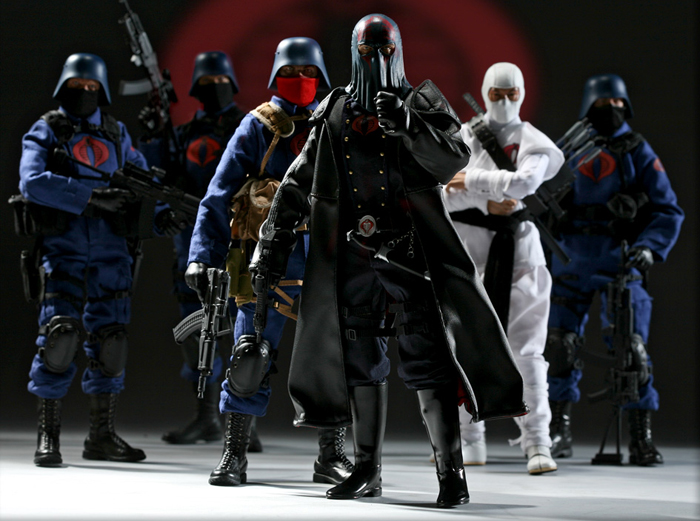 That issue fueled my obsession until comic collecting became almost nonexistent in my life. The comic market was saturated with crap.  The G.I. Joe comic was canceled and the toys were getting extremely hokey (no, literally – they re-branded the line as G.I. Joe Extreme). I did what most comic collectors at the time did, I made the switch to toys.

Toy makers stepped up their game, something I attribute that to Spawn creator Todd McFarlane’s toy company, McFarlane Toys. The action figure market exploded. I would go to comic shops and see less comics and more figures on the shelves. I would grab some Joe related merch here and there through the years, but for over ten years I would merely reminisce about my Real American Hero.

About five years ago, I was perusing the aisles in Target and I saw an oddly familiar face, something that immediately brought me back to the 80s. It was an 8″ blue armored Cobra Commander from a series called Sigma 6. The action figure was big at 8″ and took up a lot of space, so I put Cobra Commander down and walked away. A few months later, though, I saw a Snake Eyes figure from the same line. This time I bought the toy. I was amazed when I opened the figure up. I hadn’t felt that way for a Joe in a long time. I loved those figures. Sigma 6 had an anime style, lots of accessories and a solid roster comprised of classic characters like Firefly, Destro, Tunnel Rat and Spirit. The toy series coincided with a cartoon series by the same name. I only saw two episodes; it was really aimed at kids. The toy line only lasted two years and I think Hasbro deemed it a failure. 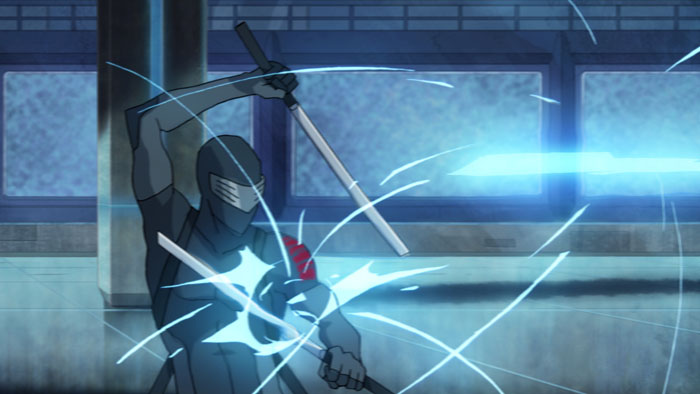 I extended my interest in Sigma 6 by customizing the figures and sharing them on various customizing websites like joebattlelines.com or hisstank.com.  Most Joe fans didn’t like the series or the toys. They felt they were too bulky or too cartoony. The hardcore fan was all about the customs. Some really great artists pulled characters from the archives and showed Hasbro what they could have done with the line. Hasbro had a card up their sleeve, though. In 2007, they released the 25th Anniversary series of the 3 3/4″ G.I. JOE series. Hot damn! This isn’t some 10th generation rehash of the old figures, these are entirely new sculpts, new weapons, revamped vehicles.  Oh, Hasbro, you did it to me again.

I’ve been collecting the new Joes since 2007. I don’t really buy the Hasbro stuff anymore because I have no more room. I’ve moved on to the Sideshow Collectibles figures. They are superbly detailed 12″ figures and carry a hefty price tag, averaging $120 a figure.  With a ton of weapons and gear, each figure also comes with extra hands and well-made clothing. The figures are worth the price.

Recently I bought G.I. Joe: Resolute and it was fantastic. The story was what every fan of the comic wanted from the original cartoon and more. If you haven’t seen G.I. Joe: Resolute yet, what’s wrong with you? Hopefully Friday’s premiere of the new series, G.I. Joe: Renegades will be just as good.

The moral of the story is this – keep on collecting, posing your Joes and carry on with your hobbies. Don’t give them up or you might kill off what’s left of your childhood.  Check out Renegades this weekend and remember “Crashing through the sky, comes a fearful cry, Cobra!”.