At NYCC 2012, IDW announced that Comic Book History of Comics and Archer & Armstrong scribe Fred Van Lente will be writing the flagship title of its G.I. Joe relaunch in February 2013. Van Lente was kind enough to speak with Ian Gonzales about the new series, and he answers the ultimate question: Is Snake Eyes a ninja or a commando?

UNWINNABLE: First off, are you secretly a Crimson Guardsman? It’s OK if you are – we’re reasonably sure you’re not being observed by another Fred. So, fess up! 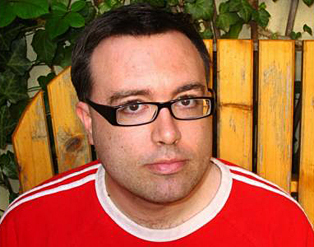 FRED VAN LENTE: Don’t make me kill you on the very first question. I will do anything to keep my secret!

Unwinnable: From what was announced at NYCC, Cobra outs the G.I. Joe team, a formerly covert military unit, and the Joes run with it. How does that affect characters like Snake Eyes, whose entire gig is about being shrouded in mystery?

FVL: I’d say read Snake Eyes’ own book for him specifically. Also, the “public” team takes the spotlight so the “covert” team can continue to thrive in Chuck Dixon’s Special Missions book. Really, our team is the “Hey! Hey! Look over here!” crowd while the Special Missions team can sneak around doing sneaky stuff.

Unwinnable: G.I. Joe had been around for quite some time now. What is it about the ongoing war between G.I. Joe and Cobra that’s kept the series going for over 25 years?

FVL: I think that the Joes and Cobra are pretty basic archetypes – the Joes in particular, with them literally embodying their various military functions. It also doesn’t hurt that they’re attached to, by some measures, the most successful toy line of all time, and Hasbro has had the wisdom to reinvent the franchise periodically to keep it fresh.

Unwinnable: Since the series has been around for so long, what do you and Steve Kurth plan to bring to G.I. Joe to put your stamp on it and keep fans coming back for more?

FVL: Almost all the action will take place on U.S. soil. Cobra has made incursions into America like never before. The first arc is called “Homefront” and is basically Black Hawk Down with the G.I. Joes. Expect character-driven stories with balls-to-the-wall military action. Some fan favorites will return, and you’ll learn a lot more about some neglected G.I. Joes that will make them fan favorites. 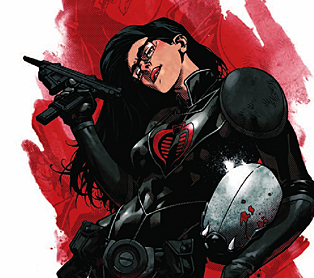 FVL: It does. The aforementioned outing took place not so long ago in Chuck’s G.I. Joe – as did the sacking of Hawk. His replacement shows up in #1. He is both a familiar face and a new one to most fans.

Unwinnable: How did you come to G.I. Joe? Were you a more of a comic or cartoon fan?

FVL: Definitely comics. I was a little old for the cartoon when it came out and always thought the fact they had lasers instead of bullets was pretty hokey.

Unwinnable: You’re on record as being a huge Baroness fan. How much Baroness are we going to see in this new series?

FVL: A lot. She’s the Joker to the G.I. Joes’ Batman. And where Baroness is, can Destro be far behind…?

FVL: I think anyone who doesn’t think he’s a ninja at this point is in a serious state of denial.

Unwinnable: If you’ll indulge me, here’s a bonus question: Does this new gig mean there’s a chance we’ll see Archer & Armstrong face off against Serpentor and his Coil cult?

FVL: That would be awesome! Actually, there is a church coming up in Archer & Armstrong that is reminiscent of Gage & Costa’s Coil.

Unwinnable: Thank you so much. I can’t wait to see what you and Steve cook up!

Ian’s been quiet ever since he stumbled upon Cobra Commander’s Fred program. Monitor @IanGonzales on Twitter to see if he comes up for air.

Hail Benefits! Finding the Super Criminal Syndicate that is Right for You
Previous Post