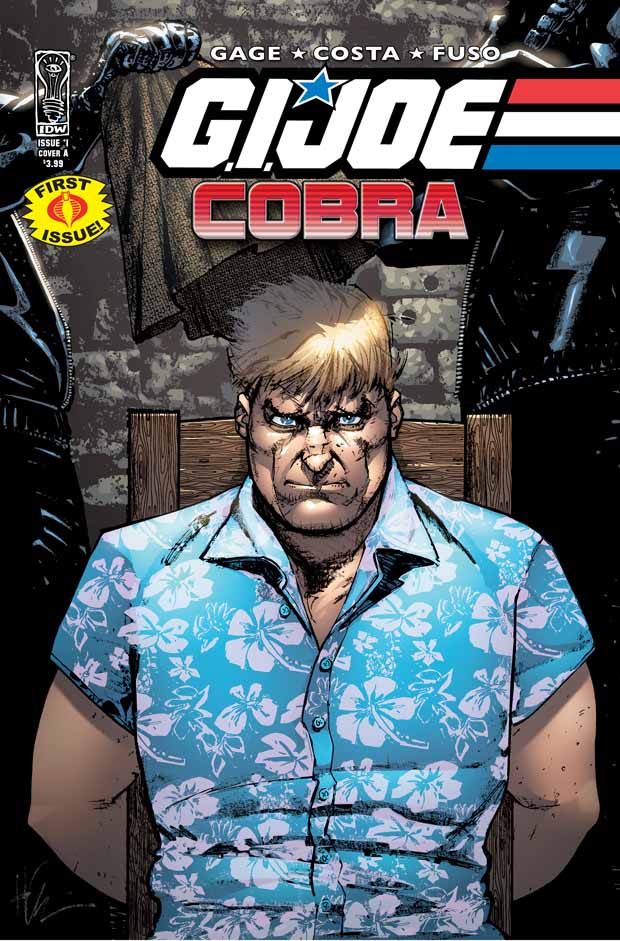 About a year ago, Unwinnable’s own Charles Moran wouldn’t shut up about IDW’s new comic book, G.I. Joe: Cobra. The following dialogue is an approximation:

“Really? I heard the other G.I. Joe book was bad.”

“I’m not reading that one. This one is awesome! Chuckles. All day.”

We had that conversation (or some variation of it) at least once a day for an entire week.

You have to understand my hesitation, Dear Reader. After all, this is the line that brought us two mediocre Nintendo games, autistic super clone Serpentor and the televised Cobrathon – idiocy was the norm for G.I. Joe. Still, I did have fond memories of the old Marvel Comics’ Snake Eyes Trilogy. Maybe this new comic was worth a shot?

One week later, I found out Chuck was absolutely right.

G.I. Joe: Cobra has more in common with The Bourne Identity and David Mamet movies than with the 1980s G.I. Joe cartoon or even comic book. In the series, Cobra is a mysterious and menacing covert organization that exists in rumors and whispers. General Hawk, commanding officer of America’s top-secret special mission force, G.I. Joe, assigns Chuckles to infiltrate Cobra as a mercenary. 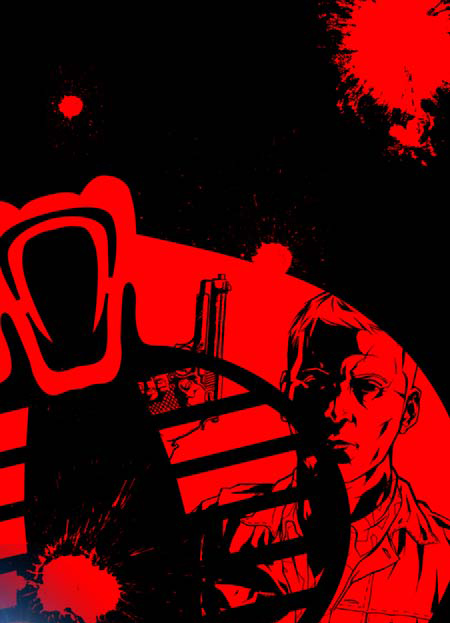 Even as a kid of 7 years, I knew the score. I always thought of Chuckles as the Miami Vice G.I. Joe. He was blonde, wore Hawaiian shirts and looked like an asshole. If memory serves, he was a mute on the cartoon and just existed to punch the occasional Crimson Guard in the face. He never seemed as cool as his file card (a short biography of a G.I. Joe or Cobra agent included with every action figure) made him sound. IDW series writers Christos Gage (Deadshot, Avengers Academy) and Mike Costa (IDW’s Transformers) changed that.

Building on a line from Chuckles’ file card about how he worked undercover, Gage and Costa re-imagined the character as a grizzled, sociopathic mercenary with a dark sense of humor and a weakness for beautiful women. They took this approach and applied it to every G.I. Joe character appearing in the book.

The results? Croc Master went from being a slightly disturbed security officer to a creepy, cannibalistic security chief. General Hawk changed from an affable real American hero into a cunning and ruthless taskmaster. Even Jinx got in on the fun. She transformed from a capitalization on the 1980s ninja cool factor to a witty and charming undercover operative. The characters of G.I. Joe: Cobra sell the comic’s world perfectly.

Perhaps the most startling change is in the Cobra organization itself. They went from being a terrorist organization bent on kidnapping every white-lab-coat-wearing scientist (and failing every time) to a terrorist organization well-versed in counterintelligence and mind games with but two goals: money and power (and they’re really good at it). Gone are the garish plans of world domination – now, well, we don’t know exactly what Cobra wants, but we do know they’re willing to go to murderous lengths to get it.

Building on the simple premise of infiltration, Gage and Costa have created a complex world of intrigue and suspense that rivals David Mamet’s Spartan. There are even times where I envision Val Kilmer as Chuckles! IDW’s G.I. Joe: Cobra is the best comic book you’re not buying. The original four-issue miniseries and the first one-shot special are collected in trade paperback. The second volume of the series is up to issue 10 and there’s a second one-shot special detailing a new G.I. Joe, Chameleon.  If your local comic shop doesn’t have them, they’re pretty easy to find on eBay or various online comic book dealers. They’re worth the hunt!