I am currently searching for a full-time job.

As I get older, I have begun to realize that one should take more care in making one’s career decisions. In the case of an office job, that’s where you’re going to spend most of your day – that should not be something that is taken lightly. Ideally, you want a job to provide some fulfillment and to utilize your talents. Sometimes, though, you just go for the job with the best benefits package, not questioning what the nature of the job is and whose goals you’re ultimately working to further. What if criminal organizations such as Cobra, SPECTRE, HYDRA, A.I.M. or Intergang are actively recruiting through unassuming corporate fronts? Actually, what if they are actually openly recruiting? I could maybe go for having a jumpsuit and a gun.

Little argument needs to be made about regular corporations in our world being evil and run by criminals. We have LexCorp CEO Lex Luthor, who runs a fairly legit business but is also Superman’s archnemesis, while having his eyes set on ruling the world. When Homer Simpson was employed by 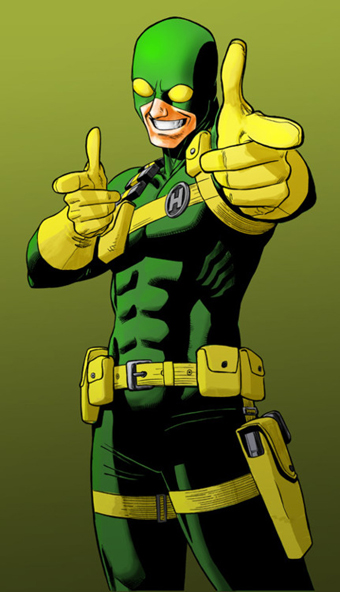 Globex Corporation, he was unaware that his boss, Hank Scorpio, was a Bond-style megalomaniacal villain running a SPECTRE-like criminal organization on the side. That’s saying nothing of Homer’s regular boss, Mr. Burns, and his crazy schemes to dominate Springfield.

These types of organizations are not in the running for my job consideration. If I am going to join up with a supercrime syndicate, I am going to join a batshit-crazy one with a name that is a clever acronym or reptilian – or maybe even both. I want to join an organization where you may get that data entry position you applied for, but you’re going to have to wear a jumpsuit (and possibly a mask), swear an oath and memorize a battle cry.

In short, I want to join Cobra.

Why Cobra? Well, for one thing, there’s a good chance I wouldn’t even know I was working for them until it was too late. While a place like HYDRA seems like they don’t screw around with providing cannon fodder for the Avengers, Cobra seems like an organization that slowly indoctrinates its employees while also providing skills that will look good on a resume. There’s even a chance that you may be working for years in one of their corporations like Arbco or Extensive Enterprises without knowing that you’re a key contributor to that crazy terrorist group with all the masked guys.

When the time comes and you get called to that meeting where, yes, you’re in the running to be a Viper (in my case probably a TeleViper or some IT-Viper rank), I’m sure that the salary would be too good to turn down. Also, you get to hang from the back of some crazy futuristic tank and fight alongside honest-to-god robots and ninjas! Sure, you are constantly the target of a specialized strike force handpicked from the elite ranks of all the U.S. military branches, but holy shit, the costumes are cool!

Just think about the potential benefits! Besides the uniform, with its awesome sci-fi accessories and menacing Cobra logo, there are plenty of incentives to stay with the Cobra organization. The vacation plan, for instance. Sure, it may be Cobra-centric, like trips to Cobra Island or the pre-fab midwestern town of Springfield (no relation to Homer’s hometown, I think) but hey, at least it’s something. As far as the medical and dental insurance goes, I always say that if the Medi-Viper can wield a scalpel, then I don’t mind the fact that his entire face is concealed by a green ninja mask or that he may just be harvesting my DNA for Dr. Mindbender’s next Serpentor project.

One of the other factors going into my decision is the cause-and-effect relationship these types of super-criminal organizations have with their respective law enforcement nemeses. Working for an organization like H 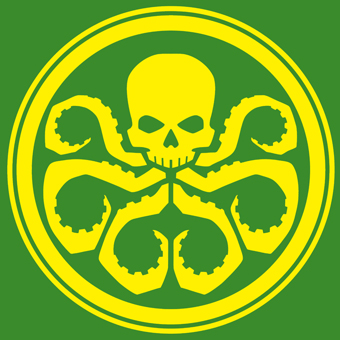 YDRA or A.I.M. means that you’ve constantly got Captain America or Iron Man breathing down your neck. Forget about an organization like Intergang or working for one of the various villains in the Legion of Doom! In a world where superheroes like Superman and the Flash exist with their godlike powers, I always wonder why people even bother jaywalking. I prefer my criminal employer to not be the target of a bunch of superheroes.

Even something like SPECTRE seems too high-risk. James Bond may be just a man, but he’s also a dedicated, somewhat sociopathic super spy who will stop at nothing to accomplish his mission. Long story short, the chances of getting blown up without warning are super high. At least with Cobra I’ll hear a “Yo Joe!” before the shit hits the fan. That being said, I would be all right with working at the somewhat SPECTRE-like organization M.A.D. The risk of death there seems super low, unless Inspector Gadget accidentally blows up a nuclear reactor or something.

Cobra is the place where I’ll ply my trade. Every day is ‘Wear a Costume to Work Day’ and the leader is a guy wearing a hood or face visor with a crazy raspy voice, who plans on not only ruling the world but making some money at it too. What’s the difference between that and working for Bank of America, Comcast or BP? The opportunity to work the same old data entry job with the chance to occasionally fire laser guns designed by a dude wearing an iron mask? I’ll take that over a 401K any day!

The Editor realizes that it may be confusing for some readers to see HYDRA-themed artwork illustrating Mr. Edwards’ argument for joining rival organization Cobra. Being an unbiased organization, completely unaffiliated with any super criminal syndicates, Unwinnable felt it appropriate to offset Mr. Edwards opinion with an alternative viewpoint, so as to remain fair and balanced. Hail HYDRA!