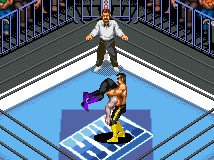 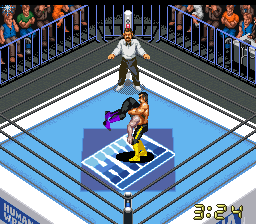 June 28, 1982 was a pivotal day in my childhood, though I didn’t know it at the time. That night, at Madison Square Garden (a mere 26 miles from my home), Bob Backlund defended his WWF World Heavyweight Title against Jimmy “Superfly” Snuka in a steel cage match. It was the first wrestling match I ever saw, thanks to MSG Network airing WWF cards and my neighbors down the block (who were already wrestling fans) owning a VCR.  When Backlund, faced with the potentially lethal Superfly Splash from the top of what Vince McMahon said was a 20 foot high cage (more like 10 feet at most, but I was 9 and couldn’t fathom Mr. McMahon exaggerating), rolled out of the way at the last second, I was hooked. For nearly 22 years after that, I watched as much wrestling as I could.

Eventually, thanks to the WWF co-promoting a show with the now-defunct Super World Sports promotion in Japan, I was drawn into Japanese pro wrestling.  While no less scripted than its American counterpart, Japanese pro wrestling presented itself as a far more serious athletic competition than the WWF ever did.  Because of that, it probably comes as no surprise that my first experiences with import gaming were pro wrestling games from Japan.

Fire Pro Wrestling first appeared for the TurboGrafx-16 in 1989, but established itself with American fans (partially through emulation) with 1996s’s succinctly titled Super Fire Pro Wrestling X Premium for the Super Famicom/SNES.

SFPWXP had a fair amount of replay value.  It offered a very deep (for its time) edit mode, featured wrestlers from all the major pro wrestling and MMA promotions in Japan as well as select WWF and WCW wrestlers, unlockable characters and the game had great gameplay. 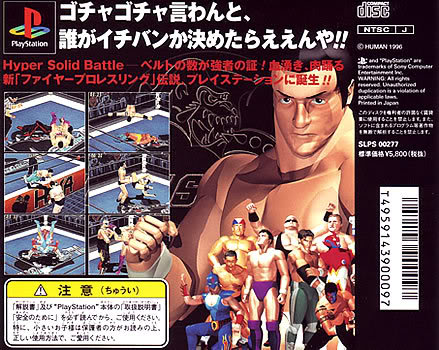 Human and Spike dabbled in 3D briefly with Iron Slam ’96 (currently the only 3D game to bear the “Fire Pro” name), 1999’s All Japan Pro Wrestling: Soul Of Champion, and the King Of Coliseum series, but for the most part the 2D Fire Pro games are the most beloved by Fire Pro addicts.

This brings us to the 2010 Tokyo Game Show and the announcement that Spike is going back to wrestling in 2011 on the Xbox 360 via Live. However, while the game is currently called Fire Pro Wrestling, the game bears little or no resemblance to the 2D wonderland that name would imply.

Instead of choosing from analogs of Triple H, The Undertaker, or Japanese superstar Keiji Mutoh (better known in the States as The Great Muta), the game will use the Xbox 360’s avatars as playable characters in what the current screenshots would lead you to believe is a 3D wrestling game. Oh, sure, the two articles on Kotaku about the game say that the deep gameplay that the Fire Pro series is known for will still be there, specifically mentioning that players will have to unlock additional moves and costume pieces through repeated play, similar, in fact, to the game’s Victory Road/Fighting Road modes. But it’s a little hard to get past the cutesy look and feel that the avatars provide. Microsoft avatars are always smiling, and pro wrestlers are not supposed to smile, except perhaps menacingly. The coverage thus far leaves quite a few open ended questions about the overall experience of the game – questions that probably won’t be answered until closer to the game’s projected release next year.

I have fond memories of the Fire Pro series that no bad game will be able to take away from me. There was the day I decided to buy a Sega Saturn just so I could play FPS6MS.  There was the deciding third fall of the final match of Victory Road mode in FPS6MS, where German legend Karl Gotch broke my wrestler’s leg but since we were in the ropes, the ref called for a break, and I pinned Gotch after a desperation body slam.

There was the day I received FPG via FedEx and spent most of the day back and forth between playing through the game and talking to others on IRC about what we’d discovered as the first group of people in the US to play the game. Of course, there were also my (mostly failed) attempts to convince my friends that, no, Smackdown: Here Comes The Pain was not a better game simply because of the 3D graphics and Brock Lesnar on the cover.

One would hope that the success of this Fire Pro game for the Xbox 360 might convince Spike that the brand is still viable, and that might be enough justification for the first proper Fire Pro game in five years on a current-gen console. But Spike isn’t exactly hurting for money (they handled the Japanese distribution of BioShock), and while the game has its dedicated American fans, there really aren’t that many of us. But hope is not lost – SFPWXP can be played pretty effectively in emulation, and FPG is available from the Japanese PlayStation Store and playable on a US PlayStation 3 or PSP that way. 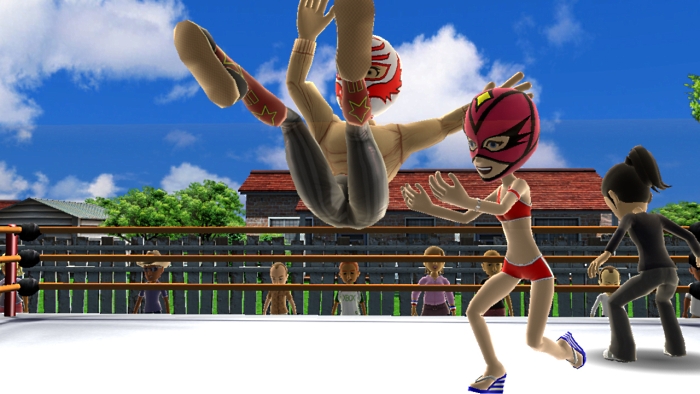 Honestly, if the Xbox 360 version allows me to hit a friend’s avatar with a Burning Hammer, Dragon Suplex, or the dreaded Tiger Driver ’91, all without having to put down $60 to buy Smackdown vs. Raw, so much the better.

I Invented The Sims