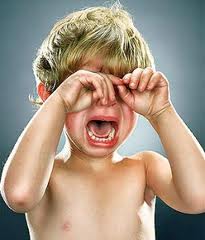 Has a video game ever made you cry? I’ll assume if you’re a regular reader of Unwinnable the answer is yes.

As for me, I’ve cried over just one. Which one? I’ll give you three guesses:

Was it Zelda II, when I finally beat it – years later – during an all-nighter at a friend’s apartment in grad school, when it seemed even the Dominoes pizza delivery guy was congratulating me for righting a decade-old wrong?

Or perhaps it was Ghosts ‘n Goblins, which I ripped open one Christmas morning only to discover that it was the single most im-fucking-possible game ever unleashed on unsuspecting eight-year-olds in the history of child abuse?

Did I cry the day my asshole friend went off his Ritalin, dropped Lakers vs. Celtics into the hollow insides of an acoustic guitar, and ran around my basement swinging it like an oversized maraca?

While there were, to be sure, a few times I’ve *laughed* myself to tears playing video games, sorry, those times don’t count.

No, there has only been one video game that’s ever made me cry – a deep, soul-purging sob like I’ve only had a handful of times.

While many of you were forehead deep into the more popular RPGs like Final Fantasy, I was discovering this lesser-known second cousin twice removed during the first of several times I abandoned Nintendo for “the next big thing” – in this case the earth-shattering 64-bit Sega Genesis.

If you’ve never played Phantasy Star III, let me give you the game in a nutshell. It, like so many titles of its ilk, takes hours and hours and hours and HOURS of walking around in circles, fighting the same battle over and over again just to build up experience points to survive the wicked, labyrinthine dungeons, while also gathering enough meseta (which you may know as “money”) to buy the best possible weapon – one that will inevitably become obsolete as soon as you reach the next town.

In other words, Phantasy Star III was a great game.

The true selling point, in my mind, was that, at the end of each adventure, you got to choose a wife – and then continue by playing as your character’s kid. Pretty cool.

The key to any game in this genre, but I like to think it goes double for the Phantasy Star series, is to save your progress early and often. Ravaged in a particularly savage battle and suddenly all your time-consuming efforts to level up vanish in a puff of digital smoke.

There is another rule, related but far more vital. Don’t invite your neighbor over to start his own game and then accidentally overwrite your file with his progress, obliterating weeks of effort in a single, mind-bending moment of spirit-crushing oblivion.

This mistake can and will result in the following two things:

You can take my word for it; both happened to me. On a day that will live on in my memory far after I’ve forgotten the names of my closest family members as I march toward senility, I was at least able to usher my friend out the door before I totally lost control, tossing myself around on the couch like a sack of potatoes.

Except when he returned a half hour later to check on me, I made the mistake of answering the door, red-eyed and tear-stained.

“I see you’ve done some crying.”

So why, with the wounds still somehow fresh after all these years, have I chosen to re-live this emotionally scarring moment from my otherwise idyllic childhood?

Because a couple short weeks ago, the sadomasochists at Sega released the game’s predecessor, Phantasy Star II, on iTunes. 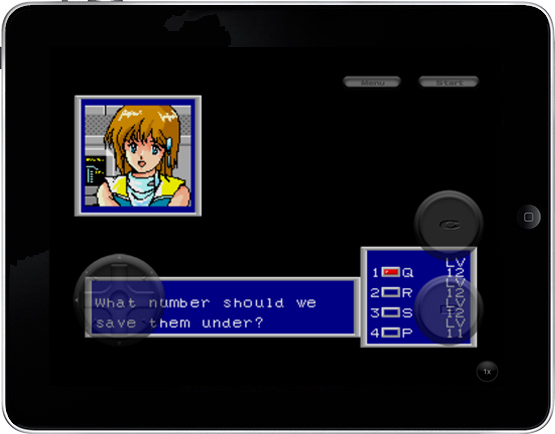 Now, twenty years later, I find myself wasting hours playing this new-to-me game on my iPad and, in the process, saving my progress, over multiple files, roughly every 35 seconds. I save my game so often there’s barely time to wander around gathering experience and cash and in turn keeping my characters from becoming unstoppable in preparation for their tours of the local monster-infested bio lab.

There are four slots available for saved games. I’m using them all, overwriting the oldest file with my latest progress, a shift in real time sometimes of a mere quarter hour. But it’s a quarter hour I’ll never get back, a quarter hour I’d consider a punishment to recreate. It’s a strategy that leads to fleeting moments in which I wonder, “Do I even LIKE this game?”

For now, Phantasy Star III for iPad does not exist. But if I accidentally delete my files on Phantasy Star II, something way too easy to do with iOS games, I will take it as a sign from the mighty Mother Brain that I am still not up to the challenge set forth by a prior generation of scumbag game developers.

And if I cry over it?

Well, that’ll almost certainly mean I’ve lost it by dropping my iPad and watching it shatter to pieces on the soiled pavement.

That alone could reduce me to tears. I’d be 12 years old all over again, mortified, a failure in my quest to save the princess or rid the world of evil or whatever the hell I’m supposed to be doing and, by extension, I’d be a failure in life.

Even worse: What would I tell the pizza guy?

Matt Marrone, for some godforsaken reason, decided one day to become a journalist. When he’s not busy at work, he’s drifting off into a deep coma until his alarm mercilessly goes off again. You can follow him on twitter @TheBigM