They’re the ones who break your heart, trample over it a thousand times, and force you to put the flattened pieces back together the only way you can figure out how: by hiking the Appalachian Trail and moving to the Czech Republic.

True story. Also a true story: I’ve been both partners in crime and mortal enemies with my first love, but we’re still the best of friends.

Which is why I couldn’t resist posting on her Facebook wall the following sequence of screenshots I took while writing my “review” of Sega’s Phantasy Star II port for the iPad last week. 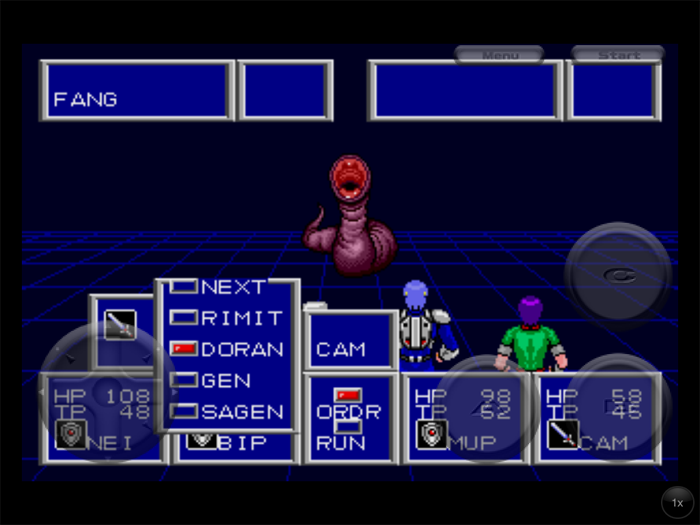 Yup, that’s right. As it turns out, there just so happens to be a Phantasy Star II technique that has the same exact (last) name as my ex-girlfriend.

Discovering this, I was of course intrigued. What would casting the spell do, exactly? What horrors might it unleash? In other words, what effect would wielding the full force of my ex-girlfriend’s hell-spawned witchcraft have on a comparatively defenseless enemy?

It almost seemed unfair. Cruel even.

I couldn’t wait to find out. 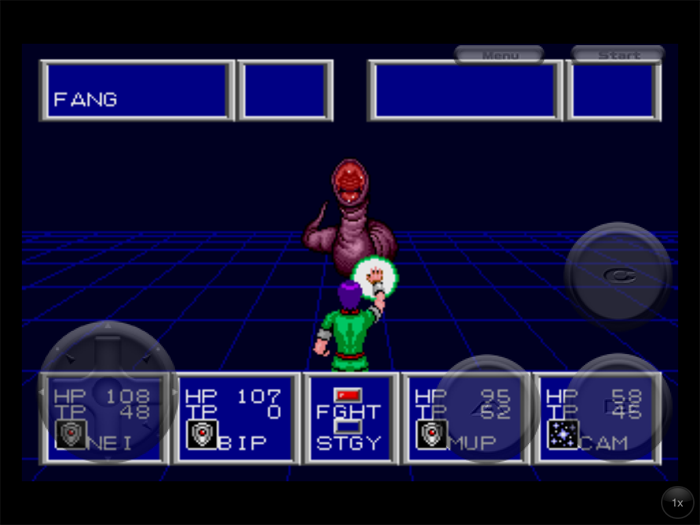 Handled responsibly, my ex-girlfriend’s power can entertain, captivate, arouse and even seduce. But when shaped into a glowing green orb and tossed smack in the face of a fanged 1980s videogame worm creature, who could predict?

At any rate, the moment was at hand. (Take that, ya bastard!) 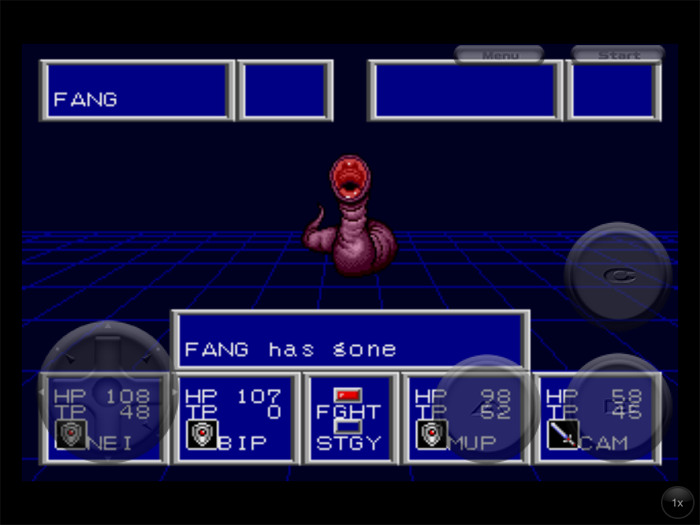 Clearly there had been an effect. But since the worm hadn’t immediately packed up and headed for Europe, I assumed the damage had been more subtle, perhaps just in run-of-the-mill hit points or the unshakeable feeling it would never love again.

I was now just one single press of the C button away from finding out. 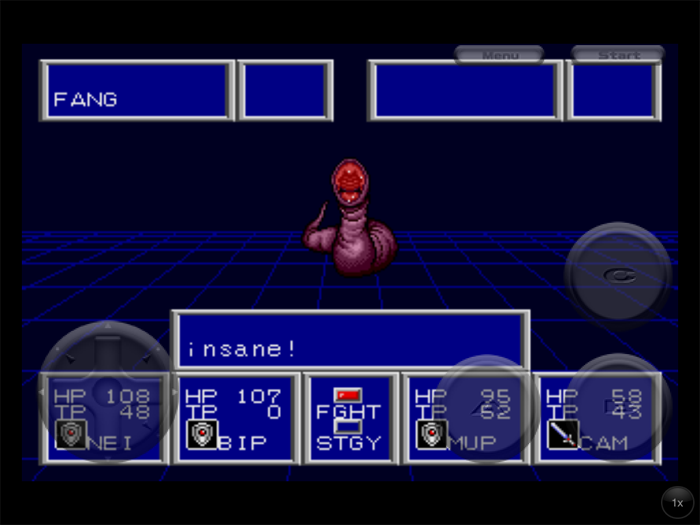 Is there even any need to comment on this last photo?

The image says it all, with a hilarity so poignant and profound it goes beyond humor, loops all the way around again and laps it a few more times just for kicks.

This spell that bears my ex-girlfriend’s name … drives enemies insane.

Clearly, an entire epoch of my life can now be summed up with a mere four Phantasy Star II screen grabs. All the countless hours of soul-searching, all the flasks of tequila, the heel infection from going up and down mountains from morning to night, the finding myself alone on a tram in a foreign country surrounded by total strangers I didn’t even know how to politely ask to step aside from the door so I could get out — all that rendered superfluous by an outdated and otherwise irrelevant Genesis game.

If you’ve ever been in love, I’m sure you understand completely.

Matt Marrone is a (working) journalist who wouldn’t trade his experiences on the AT or in Prague for anything. No offense, Liz. You can follow him on Twitter @thebigm.