You are in an open field west of a big white house with a boarded front door.

Despite being weathered and ancient, against the brooding overcast sky the peeling white paint of the house seems to glow. It is eerily quiet and nothing stirs but for the breeze, which carries the slightest scent of smoke, like burning leaves on a country farm.

There is an air of menace about this place. I do not want to be here – so I retreat. 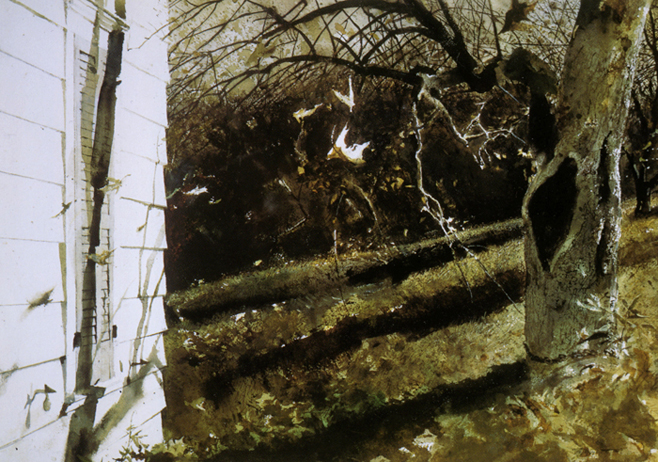 You are in a forest, with trees in all directions around you.

Away from the house, which squats behind me on its low hill, I can still feel its dead window eyes peering at me. The breeze has gone, dispersed by the outlying trees. The stillness makes me feel like an intruder. There is no road in sight, no neighboring farm. No birds sing. 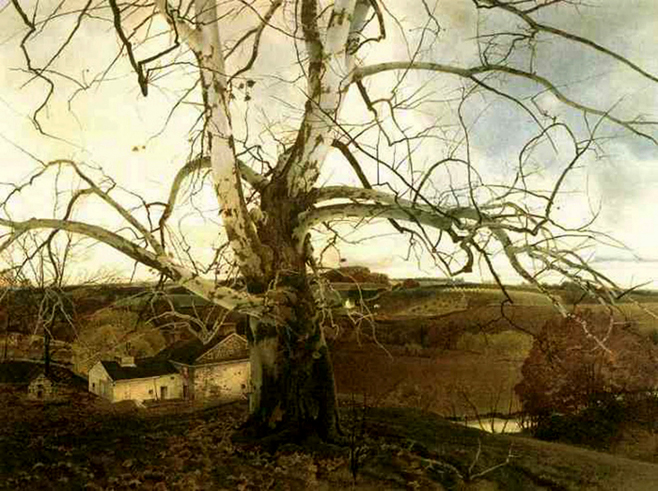 You are in a dimly lit forest, with large trees all around. One particularly large tree with some low branches stands here.

I feel like it is late in the day, that the sun is going to slip away and leave this place cold and dark. I don’t want to be in these woods in the dark.

I have a notion that I should climb the tree and look for a road or some signs of habitation, but I’ve never climbed a tree and if I fall and break my leg, I will be stuck in the woods for sure. I also have the funny feeling that, if I climb the tree, I will see nothing but more trees and hills – no friendly farms or busy highways to make my way toward. I am already almost positive that I am somehow somewhere else but I would rather not see my hunch proved right.

It’s getting darker. I need to get back to the house. 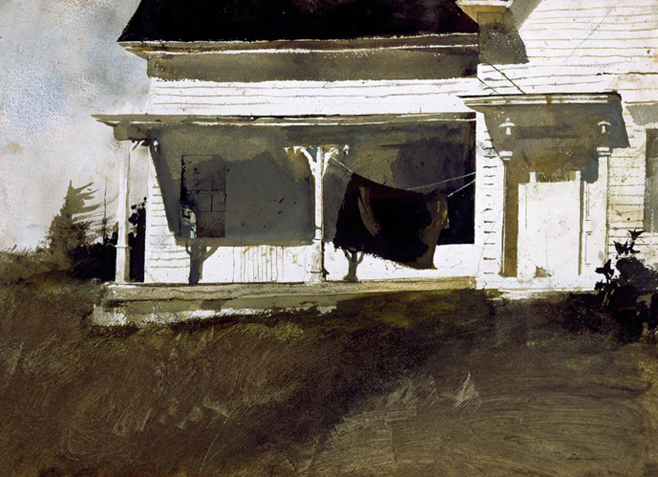 You are behind the white house. In one corner of the house there is a window which is slightly ajar.

It is obvious that no one has lived here for a long time. The weather has taken a toll on the house – I half-expect it to collapse in on itself at a touch, but still it stands, infused with dampness and wrapped in flaking paint. After scrabbling at the window frame, I eventually manage to claw it open. I am met with a rush of cool, stale air that smells of mildew and rot. With an effort, and the help of a nearby barrel, I haul myself in. 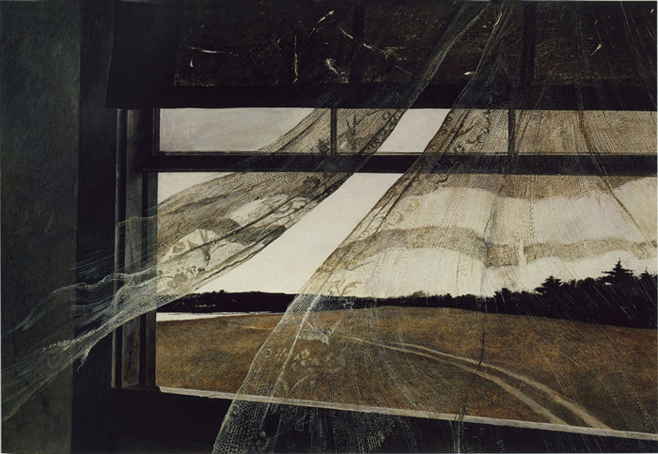 You are in the kitchen of the white house. A table seems to have been used recently for the preparation of food. A passage leads to the west, and a dark staircase can be seen leading upward. To the east is a small window which is open.

I was wrong. Someone has been here. Recently.

What on earth do I do now?

I have been an enthusiast of Andrew Wyeth’s paintings for, essentially, my entire life. As far back as I can remember, my family has been taking little trips to the Brandywine River Valley in Pennsylvania and, more often than not, they included a stop at the Wyeth Museum. I have great affection for the work of the entire Wyeth family, but having seen so much of Andrew’s work for so many years, from such a young age, seems to have ingrained his paintings with a particular significance when it comes to my own visual language.

Likewise, I have been visiting the Great Underground Empire of Zork for almost as many years. Well, actually, that is a tad inaccurate: I played a lot of Zork, but only in recent years did I spend any significant amount of time in the underground portion of the game. During my countless replays of the game in my formative years, I explored and re-explored the small, rural landscape described above countless times.

About ten years ago, the paintings of Andrew Wyeth and the upper reaches of Zork merged in my mind’s eye. And now, to some small extent, they have become real.