I used to love rummaging through comic book store quarter bins as a kid. Those musty old boxes were the hook and I was the slimy catfish in the Passaic River. I remember finding such glorious crap as Marvel Two-In-One, Conan, Brave and the Bold and Star Wars comics in those musty boxes. I stretched my allowance to the limits in the bins and I got many great comics (even though I occasionally came across a stray issue of Atari Force). Frequenting the excess stock of the quarter bins led me to eventually buy stuff off the store’s wall and finally culminated in starting a pull list. I wound up with a $40 a week comic habit right after college!

Originally, comic books were reprints of daily newspaper comic strips. At the time, the comic book publishers had to pay royalties to the newspaper syndicates for the comics they reprinted, so the publishers took a risk to up their profit margins and began printing all new, original material. Their gambit worked and the industry evolved. A few years later, comic book publisher National Publications decided to go after the rival pulp market with the creation of Superman. The rest, as they say, is history.

In 2009, DC Comics instituted the After Watchmen – What’s Next? program, capitalizing on the excitement surrounding the 2009 Watchmen film. The program reprinted the first chapters of five DC Comics graphic novels that the company felt would interest the film’s audience, some of which were Saga of the Swamp Thing # 21, Planetary # 1 and Identity Crisis # 1. Each comic cost a dollar and featured house ads for the accompanying trade paperback collections. It was a smart and successful marketing move. DC continued the program, reprinting comics like All Star Superman # 1, The Losers # 1 and a host of others. 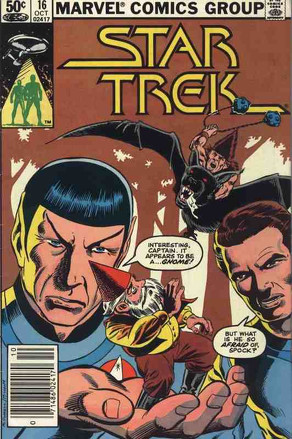 Today, just like Batman’s batarang, the industry has come back to its beginnings. While comic book publishers release the bulk of their material in single-issue format first, they do reprint the stories in trade paperback collections. These trade paperbacks are available for sale not just in comic shops, but also in bookstores and online stores. The publishers are using these dollar comics to increase the profile of some of their best books.

These new dollar comics are far better quality than the comics I used to scrounge as a kid (none of this new batch featured Captain Kirk and Spock plagued by a planet of gnomes). In fact, they’re some of the most lauded comic books in recent history at a bargain price.

They are the perfect place for new comic readers to sample the crème de la crème of modern comics.