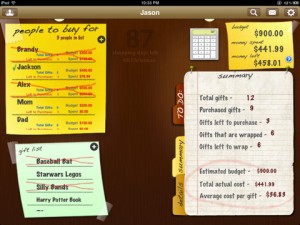 Black Friday is nigh, which means my Christmas shopping list is taking shape.

Yet I’m a little obsessed with another list that’s grown at an alarming rate the past few weeks:

The near-crippling amount of crap I don’t actually know.

That’s because Sporcle, a crowd-sourced quiz game, came to iTunes earlier this year and ever since I plunked down my $1.99 for it, I’ve been discovering daily the many fun facts and trivial tidbits I don’t know a goddamn thing about – and I’ve let it start to upset me.

My once knowledgeable brain has atrophied over time and no longer has room for such essential bits of information as:

The Artists with the Most No. 1 Singles during Each Presidential Administration

The Animals Mentioned In the Bible

Songs’ Titles That Appear In Their Opening Lyrics

Baby Names: Then and Now 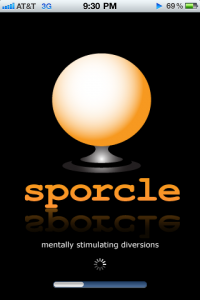 Sure, I’m an adult now, with adult things to think about. But for someone who writes about smartphone games and tapes ironic messages to strangers on people’s front doors, you’d think I’d have time to pick up on some of life’s little trifles and unmarketable skills like being able to identify Presidents by Their Legislation or recall The Last Ten Years of Oscar Winners. But no – to me, these topics are shrouded in mystery. I merely watch the seconds tick off the timer before I hit the Home button and make the evil, evil game just go away.

Sporcle is like the anxiety dream where you’re back in high school and there’s a pop quiz in a class you’d forgotten to attend all semester. In other words, like so many other games I can’t stop playing, it’s a waking nightmare.

Don’t get me wrong, I know a thing or two about Players Who’ve Hit 50 or More Home Runs in a Single Season or The Five Boroughs of New York City (which admittedly was absurdly easy), and for those topics and several others I had a lot of fun filling in the blanks and patting myself on the back.

But my Sporcle successes are way too few and far between.

Which makes me wonder: Do I need to prioritize? Do I need to care even more about useless drivel than I do now? Do I need to make a conscious effort to master minutiae, own obscurity, triumph over trivia? 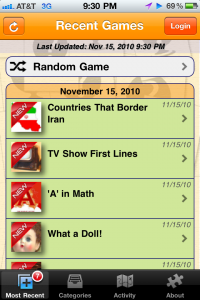 Probably not. But unless I’m satisfied with yet another game that beats me instead of the other way around, I might at least consider brain-boosters like more sleep or gingko biloba.

Matt Marrone sucks at Sporcle but is unstoppable at Trivial Pursuit. Go figure. Follow him on Twitter @thebigm.

Unwinnable (okay, Matt Marrone) would feel a whole lot better if you shared with us the things you know absolutely nothing about. Please leave a comment and tell us what they are.

I Want A Doughnut, A Gun and Nachos
Previous Post