This feature is a reprint from Unwinnable Monthly #158. If you like what you see, grab the magazine for less than ten dollars, or subscribe and get all future magazines for half price. 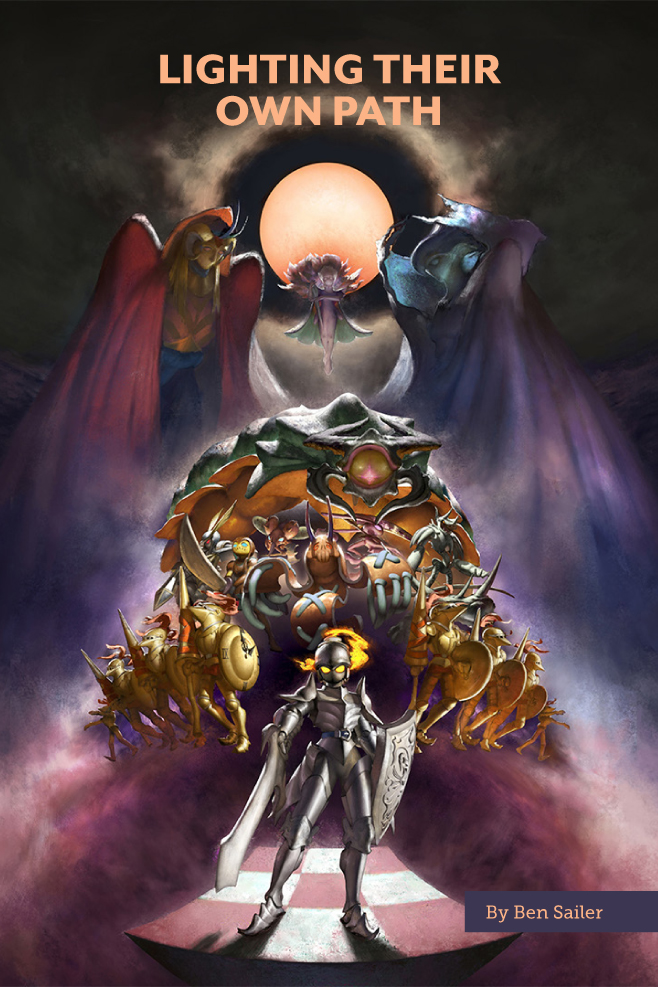 Gamers of a certain age will remember the first time they saw Mario leap into a painting in Super Mario 64 (1996). It was a watershed moment that demonstrated what was possible with the power of Nintendo’s newest hardware. The talk across the industry (or at least the videogame press) at the time was that side-scrollers were antiquated, now that the era of 3D game design had been fully ushered into homes around the world.

The ensuing decades would prove those predictions premature. Yet that specific shared experience among players, of seeing a visual effect that was previously impossible on a home console, remains a turning point in the medium’s evolution. There were many other fully 3D games that had hit the market before, but until around that time, it still felt like a novelty rather than the norm. In that moment, it felt like an indication that something had shifted in the industry, and things would never quite be the same again.

Super Mario 64 has continued to inspire intrepid game developers more than 25 years later. The influence of this mechanic (and the predicted divide between 2D and 3D game design that never quite came to pass) is now coming full circle in Candle Knight, the forthcoming 2.5D side-scrolling action/adventure title from Mexico-based Dracma Studios. Set in the ruins of a destroyed castle, its mysterious protagonist (who is aptly named Candle Knight) can leap into paintings on walls.

Instead of using the paintings as a means of leaping between worlds though, players can explore puzzles contained in the paintings themselves, with the game world switching 3D to 2D.

“The idea came from a college project back in 2016 between Carlos Basto (Art Director) and [myself],” producer Héctor Parra says. “We wanted to tell the story of a curious candle who could enter paintings and go from 3D to 2D. We began working on that concept, but it had to be shelved as we got busier with other projects. As we graduated and got experience making games, we formed a small team to work on a prototype; the team was formed with the idea of making unique PC games. Eventually, the team grew to be what it is today.”

Parra further explains that the initial inspiration came from both The Legend of Zelda: A Link Between Worlds and Super Mario Odyssey (which borrowed the painting-as-transportation-portal concept from Super Mario 64). While only a small percentage of the game takes place within the paintings (and some are even optional for players to discover and explore), it’s an interesting example of how Dracma Studios is putting new twists on time-tested design concepts to create something both familiar and fresh. 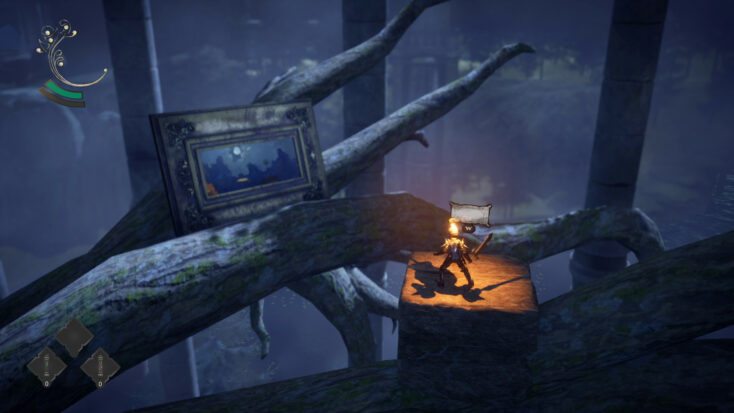 When watching the trailer for Candle Knight, it’s immediately reminiscent of other side-scrolling platformers and adventure titles with labyrinthine environments and branching pathways (such as Hollow Knight and the Ori series of games). The main character himself bears something of a resemblance to the hero from Shovel Knight. These are certainly useful reference points for understanding what kind of game players can expect, but it promises to be much more than another indie Metroidvania also-ran.

From the moment the trailer starts, Candle Knight’s sweeping and immersive 2.5D camera pulls the viewer into the action. It demonstrates some of the interesting ways Dracma Studios are playing with perspective in the game, shifting from through-the-window and back-shoulder viewpoints to overhead angles to its two-dimensional painting puzzles. This flexibility allows their team to do some things that most similar titles have not attempted, and it leaves us wondering what kinds of surprises will be made possible by deviating from using a fixed camera like most side-scrollers.

That creative camera work is no mere gimmick either. It serves a design purpose that is intended to pull the player into the world that Dracma Studios wants to create.

“My design philosophy is to prioritize immersion above all else,” creative director and game designer Hugo Laviada says. “No matter how serious or silly the themes are, I want players to forget themselves while playing and feel like they’re a part of the world we’re presenting to them through unique and intuitive mechanics.” 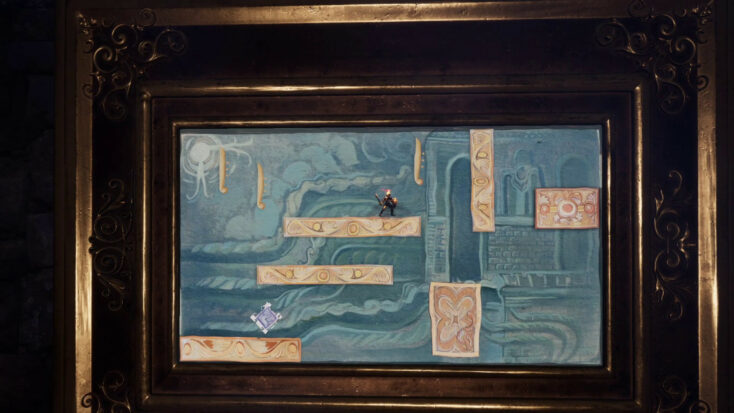 Perhaps the most innovative of those mechanics is the Ignis System (which was originally called the Heat System earlier in the game’s development). It works by allowing the Candle Knight to make its attacks stronger at the expense of lowering defense, and vice versa. This encourages creative switching between offensive and defensive playstyles, leading the player to think strategically about how they approach enemies rather than choosing a singular approach for a full play-through.

The Ignis System also enables the Candle Knight to gain strength by finding sources of heat, adding yet another layer of strategy to how players progress through the castle. It calls to mind a memorable character from a certain Hayao Miyazaski film, which was an inspiration for the combustible character’s design.

“I like to think of Candle Knight as a sort of incorporeal fire spirit that inhabits loose pieces of armor, driving them forward with the power of his own heat; if so, maybe finding other sources of heat in the game (standing near candle lights, the friction of your sword against enemies, etc.) could power you up further. It’s similar to what the character Calcifer does throughout the film Howl’s Moving Castle.”

Even in its early incarnations, Candle Knight showed enough promise to catch the attention of Epic Games and receive a coveted Epic MegaGrant. This has helped Dracma Studios acquire development resources and expand their efforts to the word out about their title. Beyond the material benefits that come with increased cash flow, it also helped them raise their profile regionally, earning attention nationwide for what they achieved. 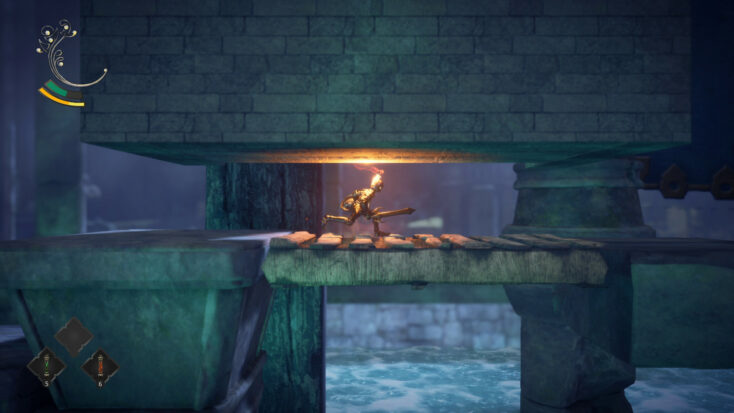 “They certainly helped us boost the development of Candle Knight,” co-founder and executive director Mario Vallarta says. “We were able to pay for some marketing materials and for some licenses that we needed for the team. Also, being able to say that Candle Knight was an Epic MegaGrant recipient opened doors for us. We got a lot of national interest because of it.”

The independent game development community in Mexico is bustling with energy, with Parra citing studios like Navegante, Mum Not Proud, 1 Simple Game and fellow Epic MegaGrant recipient Merlino Games as examples of noteworthy peers that deserve attention. It’s a flourishing scene right now and one that is ready for global recognition.

However, while it’s hard enough for indie devs anywhere to get exposure for their work, it’s even more challenging in countries such as Mexico, where there are few local resources to fund game development. For up-and-coming developers like Dracma Studios, international travel to conferences and events can be cost-prohibitive as well. As a case in point, when the company was selected to appear at the Tokyo Game Show, they had to cover all their own expenses, despite receiving an outpouring of regional support.

As a result, much of the talent in Mexico’s development community goes unnoticed by the rest of the world. Dracma Studios hopes their game can inspire others to expand beyond mobile development (which is popular in the country) and move more toward console and PC titles, setting an example that others can follow. In turn, by raising awareness of their own title, they can also help draw more attention toward developers across Mexico and Latin America. 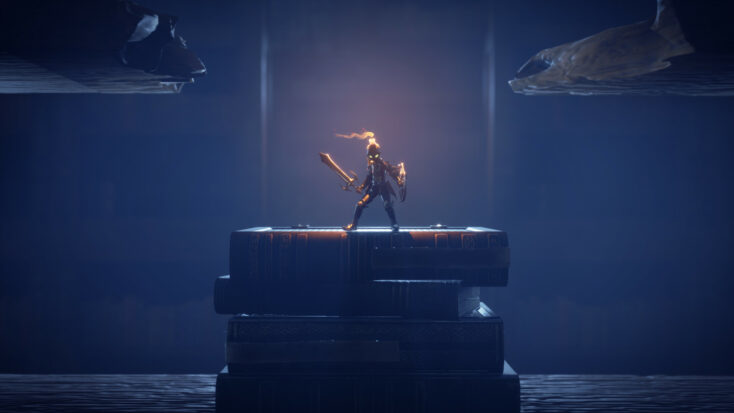 “I think people tend to simply not hear about us at all, which is why initiatives like MegaGrants or Latinx in Gaming help a lot,” Parra says. “Because otherwise, it’s very difficult for Mexican games to gain notoriety outside of our region, which in its majority, plays a lot of AAA games but pays little attention to indies.”

Something else that has helped Dracma Studios bring their vision to life is Unreal Engine’s blend of power and user-friendly design. The engine’s intuitive interface has allowed even non-programmers on the team to rapidly shape the game’s development and quickly see if certain concepts will work before committing large amounts of resources to specific ideas.

“The thing about Unreal Engine is its sweet spot of being very easy to use and also allows us to test things very quickly, which allows our game designers (or even me, the producer) to just jump into the engine, if need be, and fix things or playtest,” Parra says.

Players will take control of the Candle Knight themselves in 2023. In the meantime, Dracma Studios remains hard at work on the biggest game in their team’s history. It’s a passion project that’s important to the company not only for their own sake, but also to help shine a light on the flourishing independent game development scenes in Mexico and Latin America. That’s been a goal from the beginning, and as the new year approaches, it’s one they are getting ever closer to achieving.

“We founded Dracma Studios with the goal of showcasing the talent in our country, to bring new opportunities to México and Latin America in game dev,” Vallarta says. “Lighting our own candle, if you will.”

Check out the official Dracma Studios site to learn more
and wishlist Candle Knight on Steam!