I know I’ve defended (and made excuses for) No Man’s Sky in the past, and I stand by everything I’ve said, but truth be told for as much as I’ve enjoyed the game, I would always bounce off of it in fairly short order. I must have restarted at least six or seven times since it first came out, usually after a big new update release. I didn’t understand why, despite how pretty much everything it has to offer appeals to me on a personal level, I could only maintain regular play for a week or two at most. Well, here’s the thing: I finally realized that I was the problem.

What I mean is, I was playing No Man’s Sky wrong. As in “wrong for me.” I adore open-ended exploration in games, but I still need some basic structure to keep me invested. If a game is purely about being able to go wherever and do whatever and there’s no overarching goal, I lose interest. So of course, that’s exactly how I was trying to play No Man’s Sky. I approached it like a sci-fi Minecraft, where I solely focused on finding a cool planet and building a cool-looking base. And that was . . . fine? It was enough to keep me entertained for a bit, but it wasn’t until the game’s most recent update (Sentinel) that I was able to realize all of this. 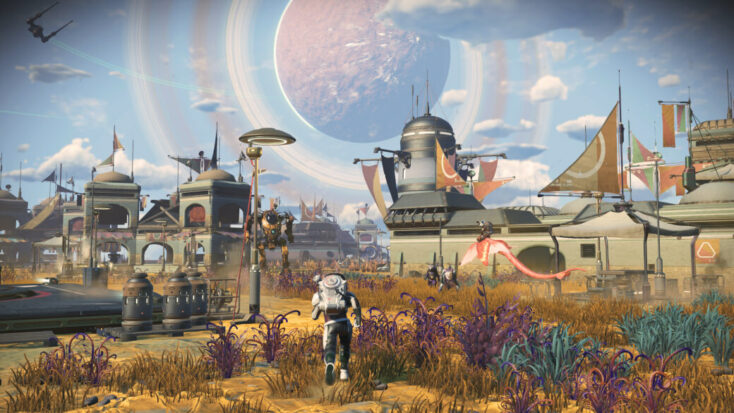 It’s because I actually started to follow the main story, you see. Granted I still deviate and take my time, but I have a thing I’m working towards all the time – even if I take hours-long breaks to explore a new planet or stubbornly hunt for materials just so I can finally expand my ship’s storage space by one square. I still get to faff around the universe at my own pace, but when I start to get a little tired of doing whatever I can re-focus on the overarching plot(s) for a mission or two. Or I can zip over to the Anomaly to take on some community missions.

My point in all this is, while I absolutely enjoy having the freedom to do or not do whatever I want in a game like No Man’s Sky, ultimately, I still need some sort of motivation to keep playing. Even if I only pay attention to that motivation once ever few actual real-world days, it helps to keep my wanderlust from getting in my own way or making me lose interest in what I’m supposed to be doing. Of course, now the problem is that this makes it much more difficult for me to not play No Man’s Sky, which in turn makes doing other stuff (i.e., working or sleeping) much more of a challenge.

The Immersive Nature of Tedium

The Power of Print