I made peace with my taste in games a long time ago, so I’m not ashamed to talk about it anymore. Sure, enjoyment is subjective and all that but my interests sometimes skew into the bizarre. I don’t mean just Remote Control Dandy and Cubivore weird, either. I’m talking about the kind of stuff that the average person might consider boring and tedious. Games like Elite: Dangerous, Euro Truck Simulator and the recent Titan Chaser. When I’m in the right mood I absolutely live for that shit, because here’s the thing: games that require a bunch of tedious steps in order to perform specific actions actually feel more immersive.

Of course, we’re talking about videogames and most people play them to have fun. And to most people “fun” usually means something exciting or engaging on some level. If you have to manually open and close a car door or spend a solid minute or two simply landing a spaceship, you might get real bored real fast. I understand this. But I believe that monotony helps it all feel more grounded in reality, and if I want to play a “sim,” then the more grounded it feels the better.

No Man’s Sky is an expansive and involved space sim of a sort, but take-off and landing is just a matter of pressing and holding one button. Elite: Dangerous has a whole process you have to go through, especially on a space station, that includes requesting docking clearance, manually flying to the designated landing pad, adjusting your speed, adjusting your trajectory, not lowering your ship too fast and so on. It’s undeniably more complicated than it needs to be and that’s exactly why I love it, because it feels much more like I’m actually piloting a spaceship when I have that level of responsibility and control.

The same goes for Titan Chaser, where the game’s extremely deliberate pace is complimented by the need to look in a certain spot to be able to open your car door, then look in a slightly different spot to step out, look on the ceiling to turn the inside light on and off, etc. It’s meant to be slow and contemplative and the way it forces you to slow down for every little thing strengthens that concept. Despite the surreal and dreamlike nature of pretty much everything going on around you, having to meticulously micromanage all that nonsense pulls you into the world just a little bit more.

Videogames are almost always meant to be an escape, in one form or another. Sometimes that means mowing down hordes of living corpses, fighting monsters with magic spells or piloting a giant robot. Other times it’s just a dull, tedious bunch of busywork with no real reward waiting for you at the end other than knowing You Did a Thing, and maybe feeling like you were somewhere else – somewhere with a completely different sent of responsibilities and expectations – for a few hours. 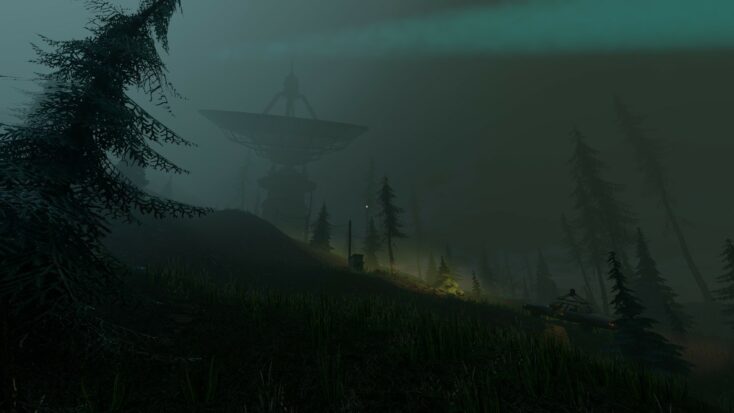 The Best of Worlds