This is an excerpt from a feature story from Unwinnable Monthly #148. If you like what you see, grab the magazine for less than ten dollars, or subscribe and get all future magazines for half price. 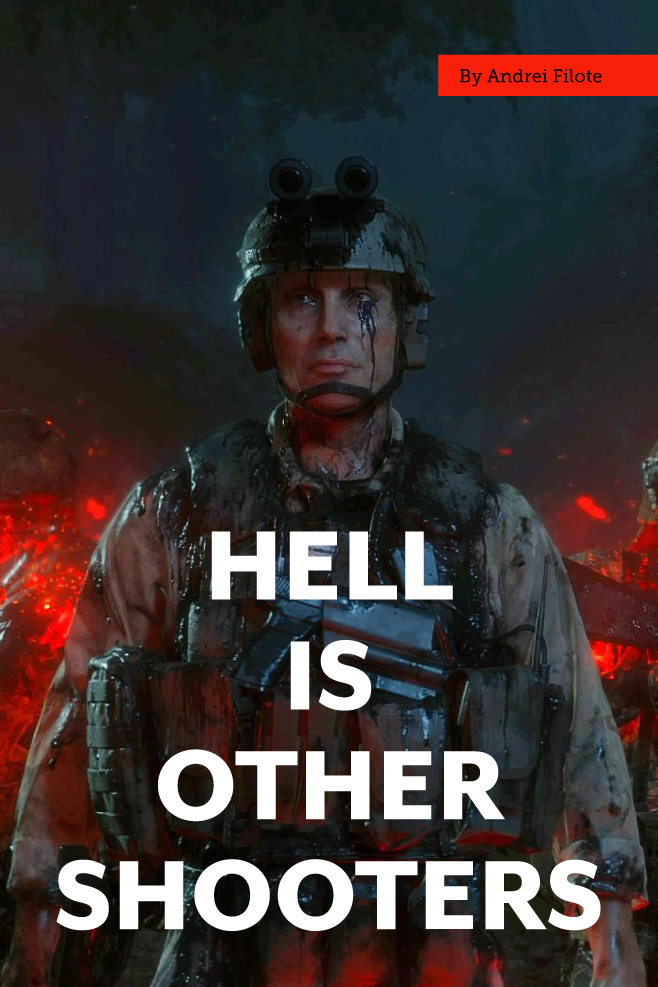 The ancient Greeks adored physical games and they achieved their highest agonism in the phalanx. A hundred generations later, American generals considered school athletics to be the start of military life. Running and throwing, sports of harder contact and team tactics, the national pastimes of countries the world over meet at an ancient point when they constituted practice for warfare. In some cases, this has never changed. Today we see an entire universe of art, stories and play still centered on the image and form of war. Death Stranding is not a departure from these, but a transition, an act of gently letting go while looking forward.

The genealogy of games distilled athletics into ever more abstract and un-militaristic rulesets. Even games that depict military conflict have ceased to engage with the truth of war but ceaselessly reference popular media of it. Your Calls of Duty connect mainly to Hollywood than any human history. Consider that Ronald Reagan left gay men at the mercy of the AIDS epidemic, yet his characterization in Cold War has him accept the player’s non-binary identity. This type of depiction has little bearing on the title’s success, but speaks volumes about our need to sedately enjoy a violent fantasy.

Kojima’s earlier Metal Gear Solid attaches to a similar wellspring but with dissimilar treatment. His characters are mercenaries and spies performing the reactionary canon of the 80s and 90s. But he does not relish the nostalgic recreation of his confrères. Metal Gear Solid employs action with an emphasis on the systems that control the heroes. Together they act as a Greek chorus, aware of their fate in a structure of brutal interlock. The hero does not sing the values of an America in boom but merely survives an ordeal. When he shakes the president’s hand, it’s with the knowledge that the office has used and robbed him. The system wins.

Metal Gear’s stealth mechanics can represent man’s reluctance to engage in conflict, but only as part of its rules, which is why Snake may only freely exercise violence in specific scenes. Attacking outside these bounds means attacking the world, which wakes to punish you for violating its monopoly. When antihero Big Boss forms a private army that begins to act on its own initiative, the system produces a hero meant to annihilate and replace the dissenter. 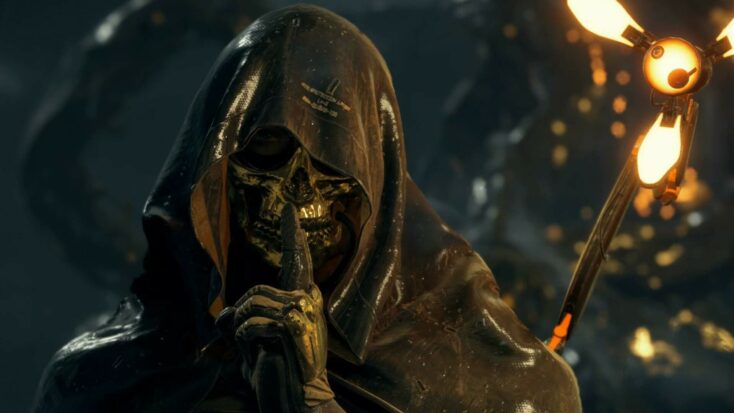 Aggression in Death Stranding similarly comprises an attack on the world but, like in Metal Gear, this has been reframed in a system of values. A tug of war between the rope and the gun, between the knife-in-teeth image of Solid Snake, a sterile clone, and the childbearing Sam Bridges, a descendant of this dead end.

Snake is the concept from which Sam derives and he finds his counterpart in Cliff Unger, Sam’s figurative dad. Unger is a modern warrior who died violently because he chose to live for love instead of the gun. The system murdered and replaced him with a more palatable action hero who sold his principles to protect the horror-machine of the state.

Death Stranding is a game of transitions – between life and death and extremes of play. It argues the sanctity of life without subjecting it to hard incentives. It wonders if we should connect to others and find (sometimes ridiculous) meaning in our connection or whether we can be satisfied by burning human effigies. Because the dead become bombs, a firefight ends with loading bodies onto trucks to incinerate them. Can we do this without wondering whose history we’re emulating? Whose rules we’re upholding?

The violent play of Death Stranding is the violent play of all games. There is nothing even remotely unique about its patterns of shoot and be shot. Its novelty lies in the before and after, in our willingness to walk away and find value in something else, and in our seeing the devastating outcomes of our choices. When Dirty Harry executes a criminal, he suspends justice. When Sam kills a terrorist, he extends the cataclysm. When we take a life, we extinguish a light falling on the world and consequently become its end.

Andrei Filote lives somewhere between the Alps and the sea. He writes about all things games. Follow him on Twitter @letominor.

You’ve been reading an excerpt from Unwinnable Monthly Issue 148.

Comfort in the Abyss