Mundaun is a game about solitude.

Your character, the young city-dweller Curdin, begins the game sitting on a rickety bus; alone, save for the silent driver. You wind your way up the steep, narrow road which wraps around the sheer white cliffs of the game’s mountainous setting. Laced with dark fissures of rock and fringed by thin, wispy clouds, the mountain is otherwise spotless and pristine. It is alien, stark, mysterious and mostly empty. The number of people you meet on your journey can be counted on one hand. The larger crowds you come across are, more often than not, mere devilish illusion.

During Curdin’s lonely trip up the mountain of Mundaun in search of answers about his grandfather’s untimely death, you are plagued by all sorts of dangerous horrors: men made out of hay, moaning and shuffling and encasing you along with them, giant Yetis and even reanimated frozen corpses, erupting from snowy graves. These fairytale monsters seem to leap out of the dark illustrations that fill the homes of the area’s townsfolk. The only safety to be found is indoors, under covers and behind talismans, with a lit candle in the window and a spiked board lying on your chest for protection. 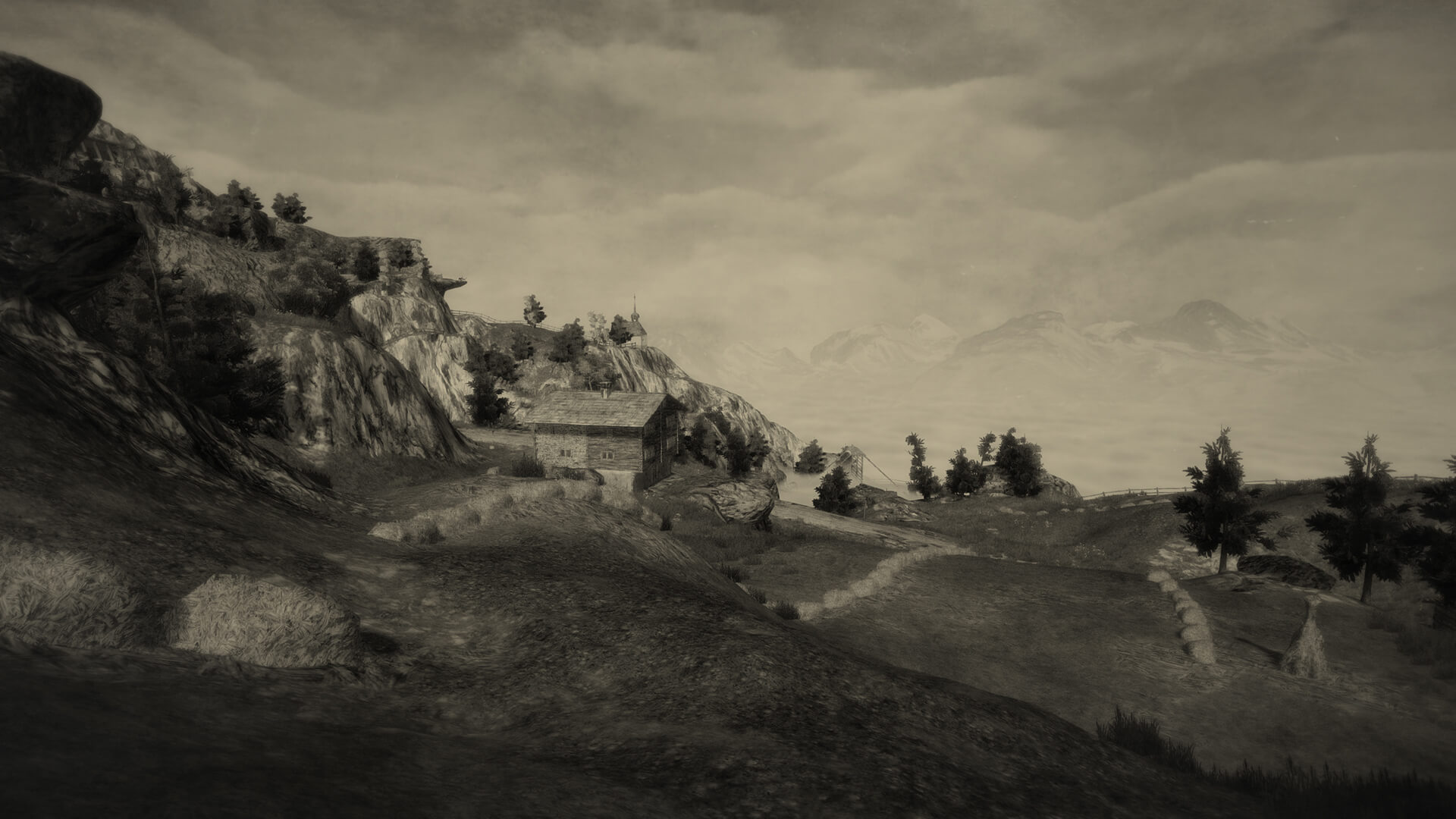 Even apart from its monstrous inhabitants, the mountain itself seems to be your enemy. Atop its crown are pitch-black, rocky horns. Within are dark caverns lined with hissing geysers and watching eyes. Its primary tenant is an old man with a burnt-cork face who walks with a cane; who makes illicit deals and exacts dreadful payment.

One such deal was made with your grandfather, Flurin, long ago. The safety of the people living there in exchange for one pure human soul. But Flurin played a trick on the old devil and sent him a goat instead. Now, playing as the progeny of the man who sought to trick fate, to twist the power within the mountain towards his own ends, you alone must take on the burden of your grandfather’s mantle. You must follow in his footsteps, acquire his gun and his tools, and try to undo his mistakes without anyone to help prevent you from getting lost in the process.

The documentary Honeyland about a Macedonian beekeeper named Hatidže, is also a study of human isolation and solitude in the face of an imposing and ambivalent natural environment. Hatidže is unmarried and lives alone with her ailing mother deep in the mountains of Macedonia. The film follows her as she ambles up treacherous cliffside paths in search of the wild bees she collects in order to farm honey, her main livelihood. Though her existence is a lonely one, it’s presented as a uniquely well-balanced give and take with her natural surroundings. She manages to eke out an existence that supports herself and her mother without angering the mountain, without being driven away from its imposing and potentially treacherous vastness.

Enter Hussein Sam and his sprawling, itinerant family. They show up in Hatidže’s otherwise abandoned village and noisily set up camp nearby. While Hatidže appreciates their company, at first, singing songs with the seven children and chatting with and sharing drinks with their haggard parents, Hussein quickly sets about disrupting the fragile balance of the area by establishing his own competing beehive in the village. 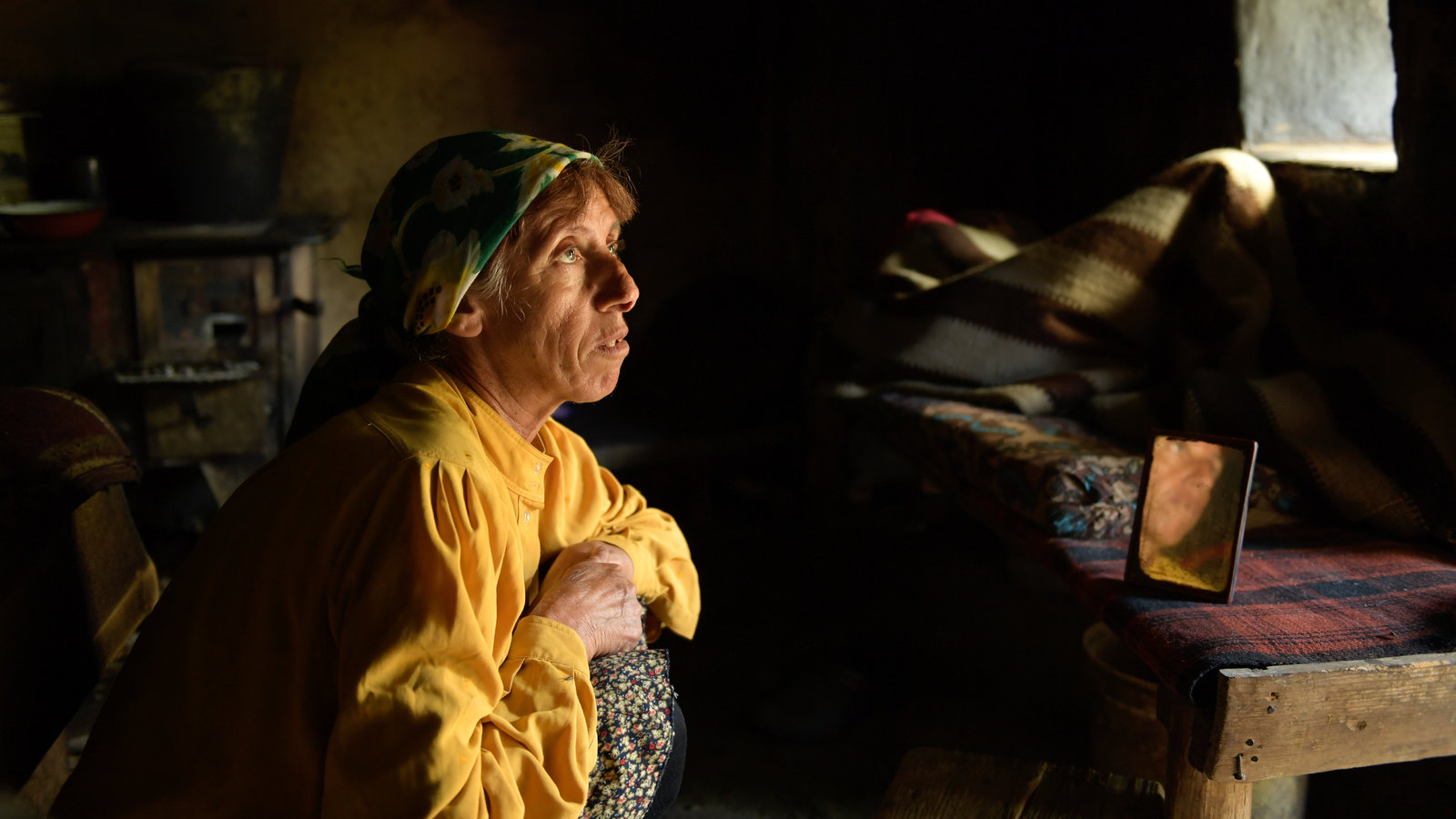 While coaching Hussein about his nascent hive, Hatidže tells him: “There’s enough for them and for you. You take half, but you leave half.” But Hussein ignores her advice and overtaxes his bees, taking too much of their honey and causing them to fly over and ravage Hatidže’s own hive, completely disrupting the routine she’d been maintaining for years. Hussein’s family may have brought warmth, mirth and human connection, but it brings plenty of destruction too. It’s as if the mountain can only deal with human beings in isolation, rather than as part of a messy and destructive social group. Hatidže survives by treading lightly on its surface, disturbing little, but living otherwise alone (especially after her mother passes away, towards the end of the film). Avoiding this loneliness, putting human needs first, seemingly invites disaster and brutally swift, exacting retribution.

We see this play out in the historical events of Mundaun. The root of the monstrous evil which you spend the game mired in lies in men making use of the natural world to dominate other men. Curdin’s grandfather is part of a small military regiment charged with protecting the valley from approaching foreign invaders. He makes a deal with the devil in order to save his people and secure his future. But his instinct, like Hussein’s, is to take, only to take, without seeing fit to give anything real back. The mountain, and its devil, is not so much evil as it is as a dispassionate judge of events and transactions. “Any court, worldy or other, would rule in my favor!” The old man insists when Curdin challenges him. The mountain, the natural world, only becomes your enemy when you attempt to live on it without accepting the costs which that living incurs.

Back in the present, Curdin must pay those inherited costs with interest. Trying to save your grandfather only means other innocent souls will be offered in his stead. You can try to brute force the obstacles that stand in your way and save everyone like some perfect hero but Mundaun’s mountain eats heroes. It eats bravado and thoughtless aggression, eats the lazy cocksuredness of men who don’t think they owe anything for what they take. It consumes it all within the endless glistening drifts of its icy form. Only the light-footed, cautious and studied, those willing to exchange the bounties of social life for the raw minimalism of solitude, have a chance at surviving the mountain, or finding redemption beyond it.