When I was really young I fucking loved robots. It was an obsession. Any toy that looked like a robot, I wanted. Any movie or TV show with robots in it, I watched (if I my parents thought it was okay). I read Asimov because he had lots of robots in his novels. I would read Iron Man comics because the armor looked robotic. I even had a book on real robots and robot development kits that I flipped through over and over again, hoping I might one day be able to buy and build an RB5X of my own. And, of course, I also built robot model kits.

I had several Gundam models (or “gunpla” for short) that I’d convinced my parents to buy me, and I did build them all, but young me lacked the patience for regular model-making and I was also pretty rough with my toys, so I always felt like I had to treat these kits like egg shells, unlike the much more robust Transformers toys I had at the time. As you’d probably expect by now, that means I stopped building gunpla in favor of hoarding toys I felt like I could actually play with. Here’s the thing: a lot has changed since I gave up on the hobby roughly 25 years ago. My interests and priorities; my standards; my level of patience; even the technology behind the model kits themselves.

It’s funny how, after getting back into collecting transforming robot toys roughly five years ago, what I want for my collection has slowly shifted. First it was just inexpensive official Transformers toys, then I started dabbling in Japanese imports from Takara, then I found out about the unofficial third-party scene and so on. Right up until I realized that my favorite thing was to customize what I had in order to make it look or function the way I wanted. At this point I’d be surprised if less than half of my entire collection hasn’t been painted, panel lined or otherwise altered in some way. In particular, I’ve really gotten into customizing, which sort of makes gunpla a no-brainer but for some reason I was completely oblivious to the idea until only a few months ago. 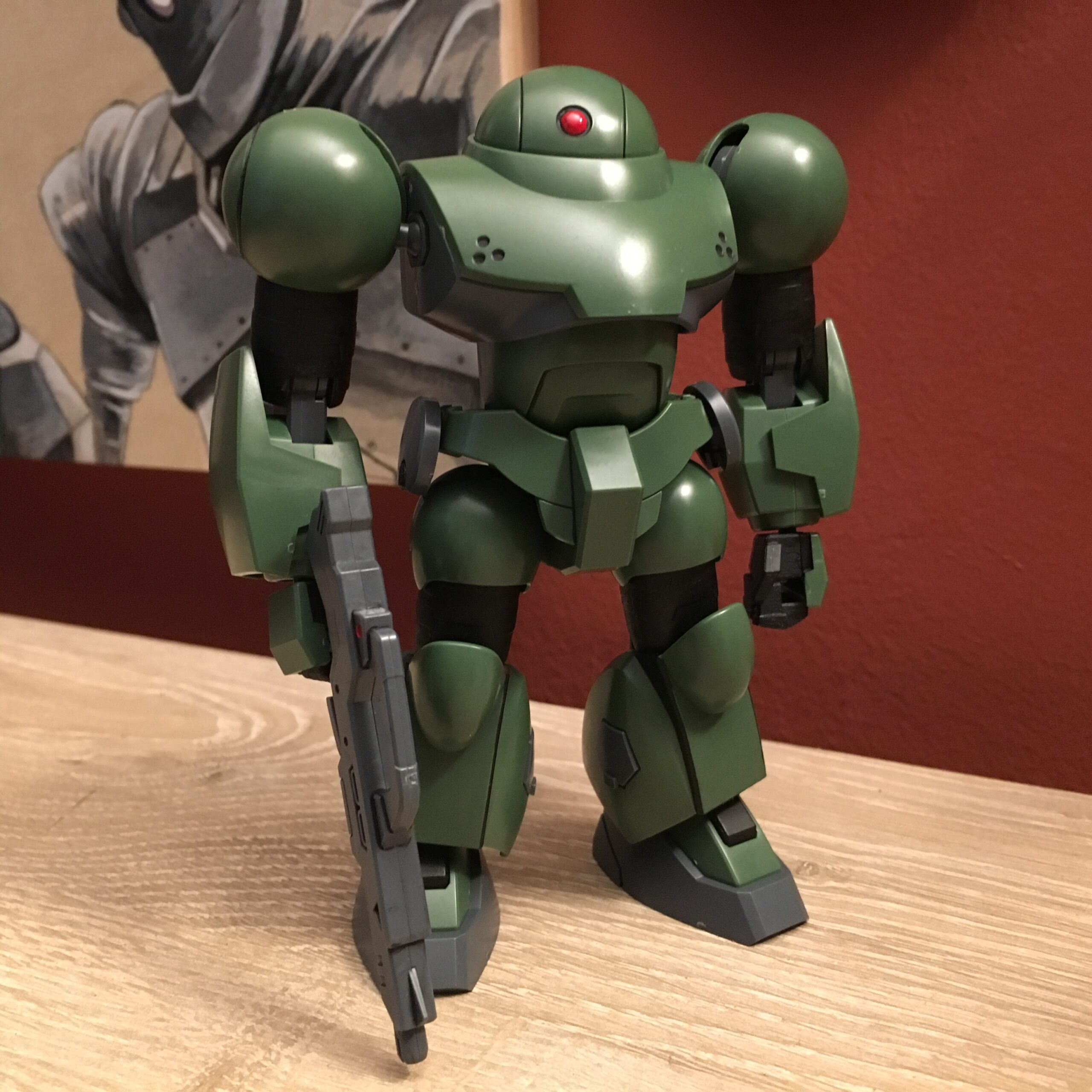 Now, as someone who’s really taken a shine to painting and detailing and joint adjustments, gunpla feels like an obvious progression. Almost a necessary evolution, really. I can add more detail to the internals easily because with gunpla I’m building the figure myself rather than buying a completed toy and having to disassemble it to reach certain areas. Having so many individual parts also makes painting way easier due to the natural separation making accidentally painting an area I want to avoid virtually impossible.

Comparatively speaking, it’s also a money saver because gunpla kits (for the most part) are very affordable – likely in part because you have to put in the work to build them yourself – and each box represents an actual project rather than a ready-to-go toy. So, the $15-$50 per kit (depending on the grade and whether or not I’m willing to pay aftermarket prices on older releases) leads to a few days of construction and detailing instead of a few minutes of unboxing and posing before tossing it on a shelf for display. And because I built and detailed the kits myself, I feel pride in what I’ve created and am far more likely to take them off the shelf just to mess around and take photos.

It also helps that the technology behind gunpla kits has improved so much since the 80s and 90s. Granted, as a child, I wasn’t paying attention to things like High Grade, Master Grade, scale or any of that stuff. I just saw a robot that I thought looked cool and asked my parents to get it for me. And sometimes they did (love you, mom and dad!). Anyway, my point is, the kits I built back then, compared to what’s available now, were garbage. 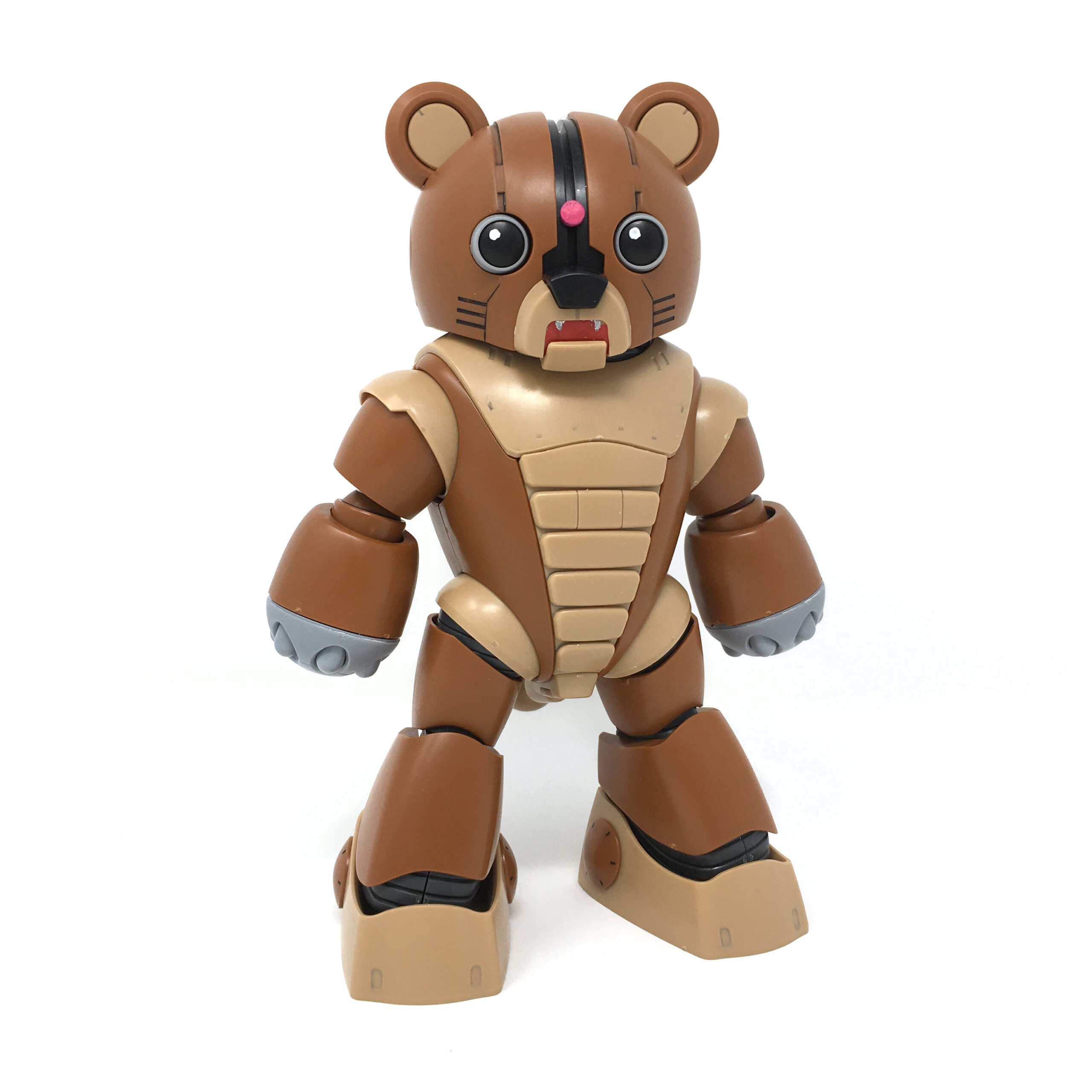 They were very simple, which meant they tended to not look much like the box art and photos at all, plus they tended to be pretty limited in their articulation and the plastics weren’t all that durable. Now, though? Fuck. Modern kits are absolutely brilliant engineering marvels compared to the stuff I was trying to build before. I’m particularly fond of Master Grade kits, where the actual act of putting them together is a pretty big part of the fun. They have so many parts that cleverly overlap and interlock to not only create something that looks cohesive but is also extremely solid without the need for adhesives of any kind. I cannot properly express how fascinated I was with the construction of my first ever Master Grade build, the MG Barbatos.

I really like building and customizing Gundam model kits. For a fairly modest price (compared to a lot of the Transformers toys I’ve been buying), I get a box of robot that I can enjoy building over the course of a few days, take my time to add more paint or detailing if I want, maybe use some of the stickers for even more detail and by the time I’m done I have a really cool and extremely well-articulated robot action figure. And I made it myself!