When I put together my first best games architecture list, I began by noting that I’m not actually a big fan of lists because I find them to be overly reductive. This remains the case. I think that lists tend to draw fine lines in places where blurry boundaries are a bit more appropriate. The result was an unordered list of what I considered to be the top ten games of the year from an architectural perspective. I still haven’t gotten over my dislike, but there was a lot of great architecture in games this year, so I put together another list using the same system. I have just one more thing to point out before diving into the details, though. There were a ton of remakes this year. While some of these had great architecture, I didn’t put any of them in the list because I just don’t consider them to qualify for inclusion. Remakes will always be remakes. 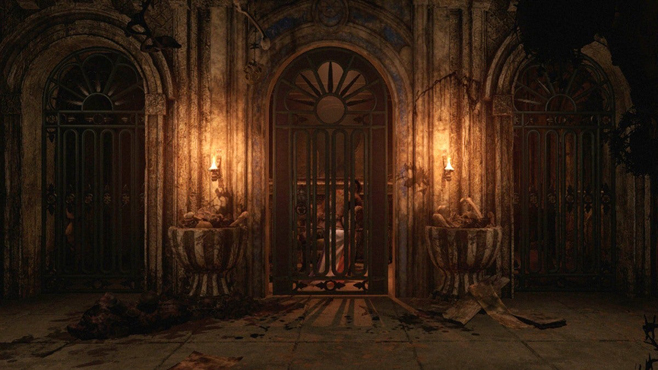 Are you afraid of the dark? The game is all about shade and shadow, so you might want to steer clear of Amnesia: Rebirth if you panic like me when the power gets cut, but you’d be missing out on some great architecture if you give this one a pass. The setting is Algeria. The year is 1937. Having survived a plane crash, you wander the desert for a while before stumbling upon a fortress belonging to the French Foreign Legion. With its tall towers and columned courtyards, the fortress is definitely beautiful, but what makes the structure interesting in my personal opinion is that it really feels like an institution. Walk around the place and you’ll come across dining halls and dormitories. Armories. Chapels. Offices. You get the impression that people have actually been living in the place. The other structures in Amnesia: Rebirth are every bit as interesting. I of course recommend the dig site, but all of the other buildings are also worth exploring. 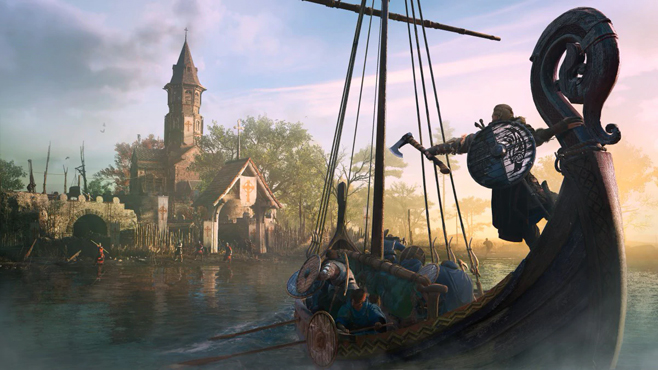 I happen to be an archaeologist. You shouldn’t be surprised to learn at this particular point that I’ve played every single game in the Assassin’s Creed series. I’ve always been blown away by the architecture. I’m an Egyptologist, so my favorite is of course Origins, but the latest entry in the series, Valhalla, comes in second place. Well, maybe third. Since I have a degree in Classics, I found Odyssey to be rather appealing. In any case, you can’t go wrong with Valhalla if you have a passion for architecture. You’ve got everything from tiny towns filled with simple structures made from wattle and daub to big cities bursting with beautiful buildings made from brick and mortar. Castles. Churches. Longhouses. Temples. The cultural differences are definitely worth mentioning, but the most interesting aspect of the architecture in my personal opinion would have to be the periodization. You can see how older structures were reused or replaced with newer buildings. The ancient and medieval worlds collide in Valhalla. 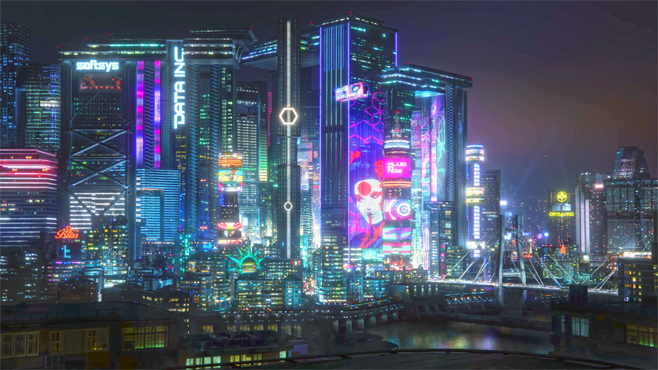 The game world in Cyberpunk 2077 is all about the bright lights. The best way to experience them is of course by car. I live to ride, so I prefer a motorcycle. In any case, I think that speeding past all of these sparkling signs at night is somehow sublime. Things get interesting when the sun comes up, though. The parts of the game world which looked so alive suddenly seem dead. With all of their geometrical forms and patterns, I could go on forever about the brutalist buildings, but what makes the architecture in Cyberpunk 2077 so appealing in my personal opinion is the contrast. You can see it in the difference between dark and light, but this comes through loud and clear in the distinction between districts. Walk around the game world and you’ll find soaring skyscrapers next to shabby shacks. Glitz and glamor next to muck and mud. Wealth next to poverty. In other words, the game world provides a perfect reflection of the tensions in the story. 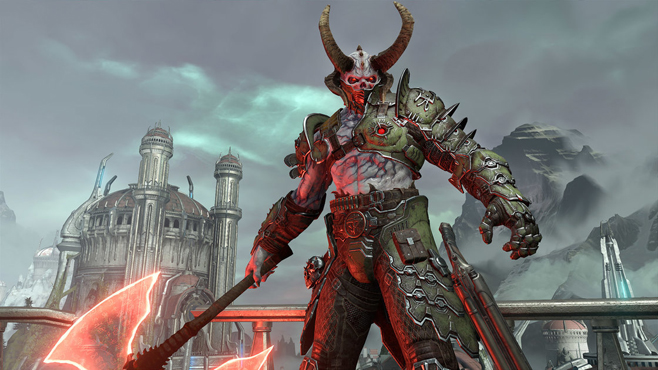 The level design in Doom Eternal creates a wonderful sense of scale. Whether you’re peering into a bottomless pit or gazing at the horizon, the game world in Doom Eternal seems to go on forever. With its clean lines and smooth surfaces, the modernist architecture is worth mentioning, but the sense of scale is really something else. Take some time to play the game and you’ll see cities sinking into seas of molten magma. You’ll find artillery batteries aboard space stations blowing planets to pieces. You’ll come across castles atop mountain peaks being struck by lightning. The level design in Doom Eternal does a great job at setting up these stunning sights. I really do think the modernist architecture is worth mentioning, but what makes the structures in Doom Eternal stand out is the wonderful sense of scale. They seem like they’re swimming in the massive game world like stars in the night sky. 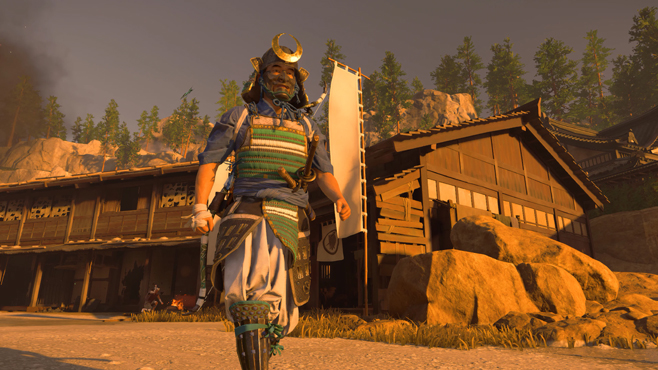 I’ve always been passionate about Japanese architecture. While the game takes place in 1274, the structures in Ghost of Tsushima couldn’t have been made before 1333, so I can’t call the architecture historically accurate in terms of style, but the buildings are definitely beautiful in spite of this barefaced blunder. I’m pretty sure they were made this way on purpose. In any case, I definitely enjoyed exploring the game world in Ghost of Tsushima. I don’t have any misgivings about recommending the game if you’re interested in Japanese architecture. You just need to remember that what you’re looking at doesn’t match the date. When it comes to Japanese architecture, Ghost of Tsushima is perfect in every possible way, though. The game hits all of the right notes. You’ve got the farmhouses known as minka. The townhouses known as machiya. Buddhist temples. Shinto shrines. Take plenty of time to pour over the details. I promise that you won’t be disappointed. 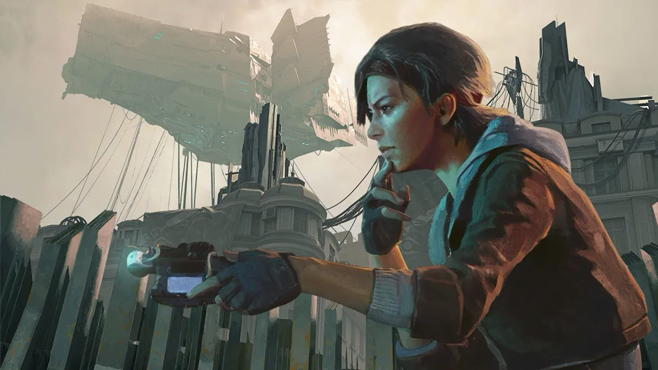 I come back to Half-Life 2 at least once every couple of years. The game was released in 2004, so I must have played Half-Life 2 something like eight or nine times. You could probably say that City 17 has a hold on me. The reason is definitely the architecture. The contrast between the revivalist brick buildings and the modernist metal structures couldn’t be sharper. The only downside to experiencing the place in Half-Life 2 is of course that it seems a little bit clunky after all of these years. I don’t think that it would be much of an understatement to say that a lot has changed in terms of technology since 2004. You won’t have this problem with Half-Life: Alyx, though. City 17 looks more beautiful than ever before in the game. I’m pretty sure that I’ll be coming back to this one every couple of years. 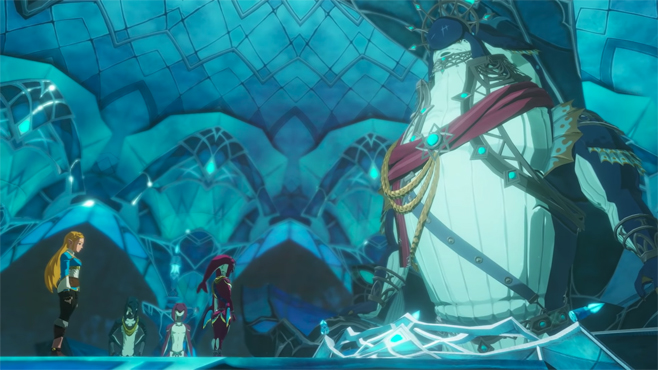 I loved Breath of the Wild. The best parts of the game world in my personal opinion are the settlements because they provide perfect reflections of the people who are supposed to have built them. In other words, they’re what you call vernacular architecture. Rammed earth for example is common in Gerudo Town. Rocks are piled up all over the place in Goron City. Wooden posts are popular in Rito Village. Stone seems like the way to go in Zora’s Domain. While I’ve always wanted to come back to Breath of the Wild, I just haven’t had the time since the game was released. That was in 2017. I’m glad that I was given a second chance to see these places in Hyrule Warriors: Age of Calamity, though. The experience isn’t quite the same as Breath of the Wild, but you can still appreciate the settlements in Hyrule Warriors: Age of Calamity for the architectural marvels which they are. 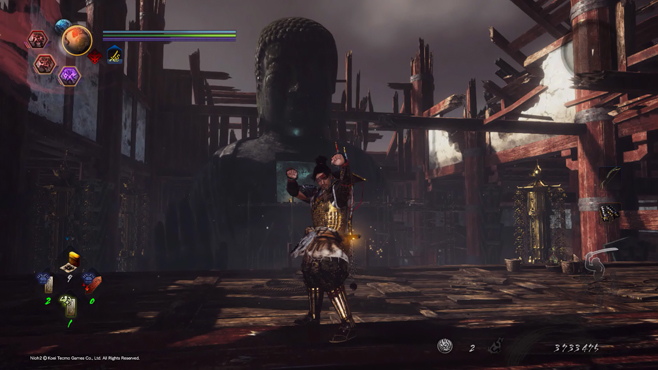 The game world in Nioh 2 is filled with beautiful buildings. You just have to look past the blemishes. Take some time to play Nioh 2 and you’ll come across most of the structures in a state of disrepair. The game hits all of the right notes if you’re interested in Japanese architecture, though. You get to explore castles and forts. Temples and shrines. You can walk around the farmhouses known as minka or the townhouses known as machiya. Structures in the shoin style. Buildings in the sukiya style. What more could you possibly want? I found the bathhouses known as onsen to be rather appealing, but my favorite building in Nioh 2 is definitely the teahouse. This type of structure is called an ochaya. The point of them is to provide a place where people can drink tea, but what makes an ochaya stand out from any other type of structure is the wonderful sense of serenity. You can see how this works in the game world. You can also try the tea. 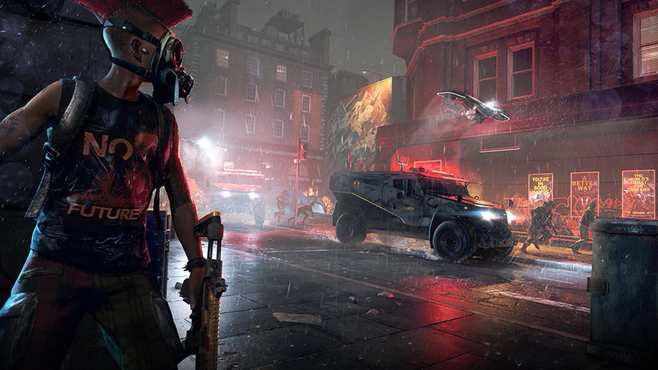 You probably know all about the architecture in London even if you’ve never been to the city. Some of the most famous landmarks in the world are located in this particular place. Big Ben. Buckingham Palace. Tower Bridge. I could go on forever like this, but I think that you get the picture. What I’m trying to say is just that you can see all of these and many other beautiful buildings in Watch Dogs: Legion. You can get up close to them for a good look at the details, too. You can actually climb all over most of them if you want. I wouldn’t even try doing either of these things in the real place, but London is pretty much your playground in Watch Dogs: Legion. This really gets to the heart of what makes the game so interesting in my personal opinion. You can appreciate the architecture from a different angle. Literally. 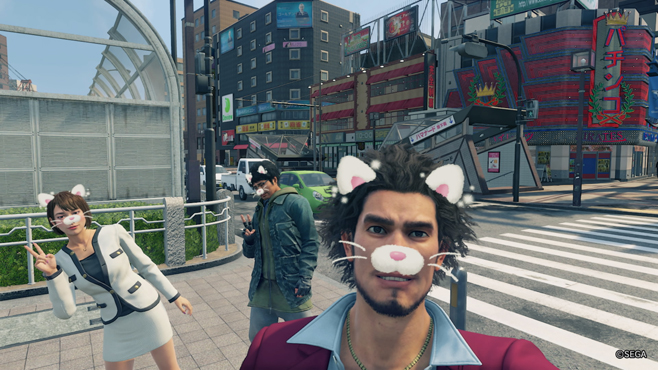 Japanese cities are well known for their innovative architecture. Walk around Tokyo for example and you’ll soon see what I mean. You’ve got some of the biggest buildings in the world. These were part of a plan to redevelop the place while the economy was booming, so they stand out in terms of significance, but if you walk around the back alleys instead of the main streets, you’ll come across a lot of equally innovative architecture. This time on a smaller scale. These buildings are often derided as material manifestations of the construction codes known as the jiguchisen, nichiei, densen and taishin. This turns them into architectural marvels, though. Tokyo has buildings on tiny plots of land because of a tax loophole. Since they have to capture a certain amount of sunlight, some structures have rather strange angles. You can see all of this and more in Yakuza: Like a Dragon. Be sure to have your big book of bylaws handy when you boot up the game.