At its best, Mirror’s Edge Catalyst plays like a rhythm game. There’s a sense of momentum to its first-person free-running, a tempo the player will want to maintain and a sense of tension and release in each leap. The openness of the game world allows the player to feel as though they’re still directing things and making their own choices rather than following a preset route through the vivid colors of the city. Alongside this is the music by Solar Fields (who also composed the score for the original), a rich mix of ambient soundscapes and propulsive drum work that responds dynamically to what the player’s doing and where in the city they’re currently at, with different neighborhoods featuring different textures. (There’s a series of hour-long videos featuring the score’s mellowest sections set to animated backdrops from the city that are invaluable reading/writing aids.)

It’s an experience that’s unique. It encourages exploration without objective, doesn’t push the player toward any sense of heightened drama, but also creates a strong sense of atmosphere. What’s unfortunate is that the game feels compelled to offer alternatives to this experience as frequently as possible, most notably through combat encounters with security forces that bring the free-running momentum to a standstill. The mood is disrupted, everything goes on high alert and the combat controls are way less refined than those for movement, so these sequences quickly become irritating rather than exciting. By the end of the game, groups of these enemies populate so much of the map that it feels nearly impossible to go more than a minute or so without running into them and having to reroute or fight them off.

Beyond that, the city is filled with side missions that similarly miscalculate the game’s appeal. Almost all of these missions have time limits, so the focus turns to running certain routes as quickly and flawlessly as possible. It’s the inverse of what makes the city so inviting in the first place. 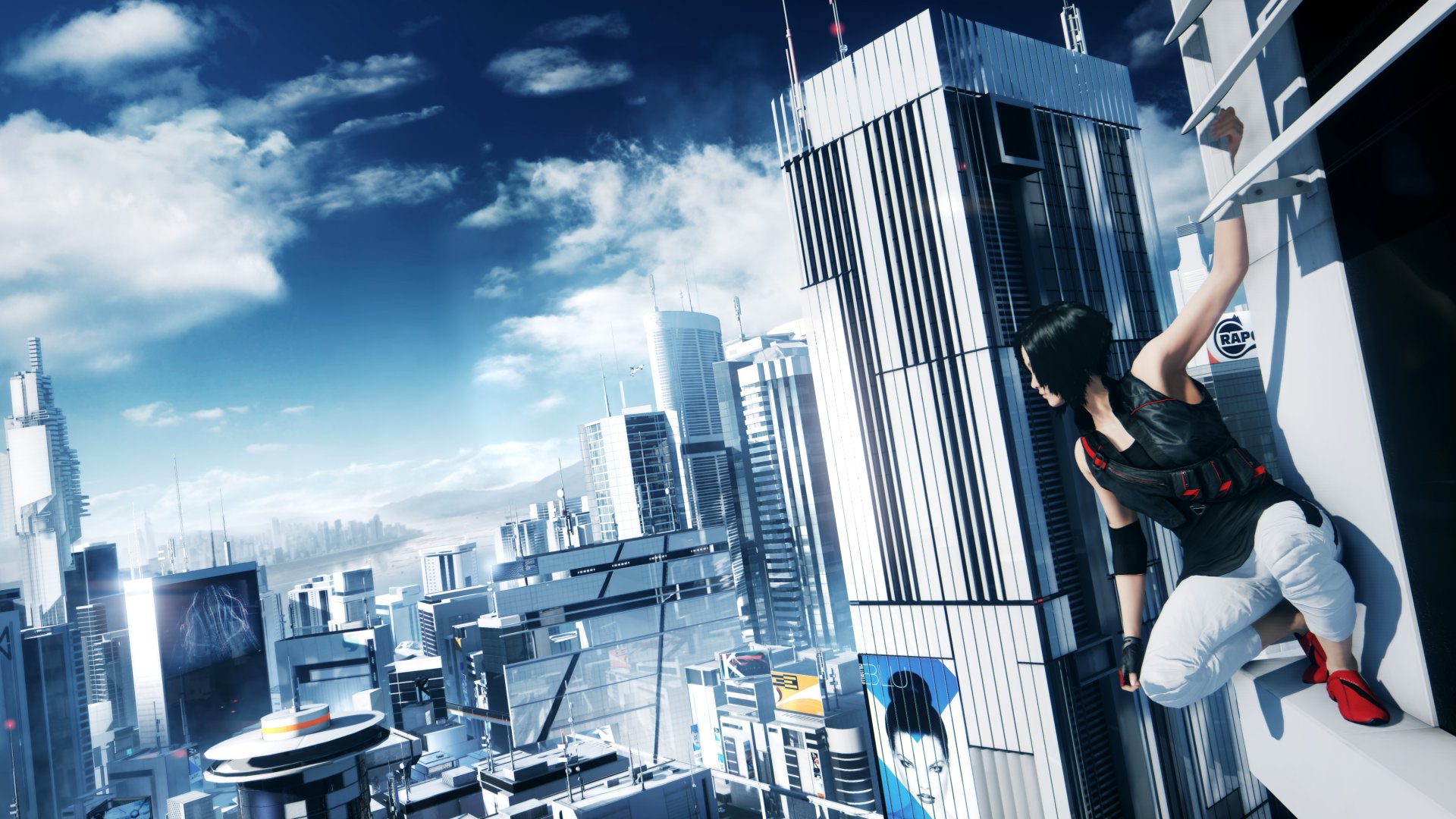 It seemed improbable enough that the original Mirror’s Edge would ever get a follow-up at all, so Catalyst seems like something of a small wonder. Released in 2008 to reviews and sales that were generally solid but not exceptional, the original game attracted a dedicated fanbase thanks to its bold aesthetics and parkour-inspired gameplay (still a relative rarity in games over a decade later when presented from a first-person perspective like it was here). Catalyst (a reboot, technically, I think?) arrived eight years later and expanded on the scope of just about everything from the first game. But this included expanding on aspects of that game that drew the most criticism, like the combat mentioned earlier.

It’s entirely possible that the development team really enjoyed mixing in combat and timed missions to keep the gameplay surprising or varied or unpredictable. But throughout, I couldn’t shake the feeling that the game’s ambitions were continually being kept in check by the presumed realities of the videogame market – expectations set by an industry that often judges a game based on how many different gameplay mechanics and systems it introduces, on how many hours of content it provides regardless of what that content actually is, on an assumption of spectacle and action that parallels blockbuster movies as often as possible.

Catalyst has all of these, but it doesn’t excel at any of them. It realizes its potential in its quieter, more focused moments, though it never commits to them for long. Playing it made me wonder if, at budget levels and market expectations that are this high, there’ll ever be much room for the kind of game that’s buried below the surface here. Skepticism seems warranted, but then again, the series has surprised before.