This excerpt is from a feature story in Unwinnable Monthly #130. If you like what you see, grab the magazine for less than ten dollars, or subscribe and get all future magazines for half price. 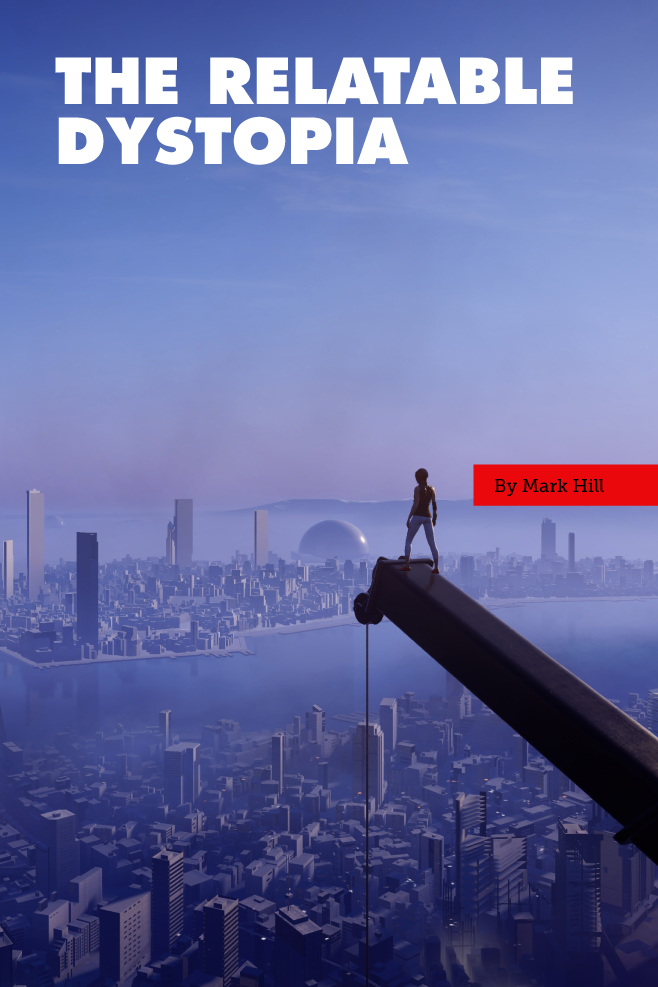 Most videogame dystopias are not subtle. Whether it’s a mutant filled post-apocalypse or an evil for the sake of evil government, games like Days Gone and Fallout are less interested in making a statement than they are in providing a consequence-free playground. Life amid the zombie hordes and faceless totalitarian troops may be hellish for NPCs, but it’s a joy for the player to mow these monsters down. Even dystopias with more on their mind – BioShock, say, or Deus Ex – are dark, dreary places where everyone who isn’t the villain is suffering.

But it’s easy to create a dystopia where oppressive architecture is patrolled by armed guards, where surveillance technology has become so advanced that it’s impossible to hide and where the mood is so dour that you literally never see the sun. The bright, sunny days of Mirror’s Edge illuminate a colorful city no more advanced than any on the planet today, and the authorities you encounter have far less firepower than most American police departments. It all looks beautiful – Mirror’s Edge is perhaps best remembered for its serene aesthetics – but it is quietly as restrictive as any overt police state.

The Mirror’s Edge games are not story-driven, but what story they do tell is trying to be the Brave New World to nearly every other gaming dystopia’s Nineteen Eighty-Four. If you can accept having your data mined, your media rendered toothless and your questions left unspoken, you will have a comfortable life in a modern, gorgeous city. To the protagonist, Faith, such a life looks empty, but for a player who can’t dash across rooftops in reality that bland conformity is understandable. If you try to do what Faith does you could end up splattered on the sidewalk. 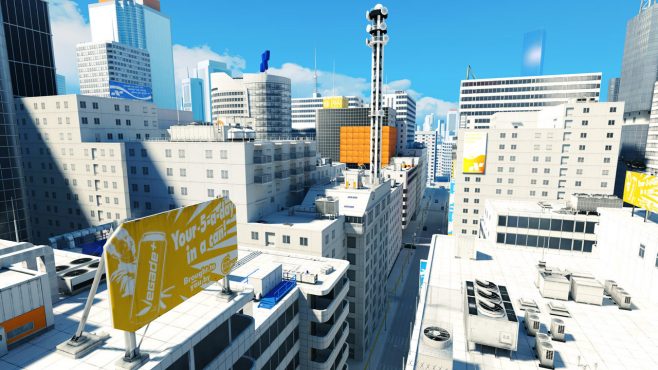 In most games, you protest an evil government by shooting at it until it goes away. Mirror’s Edge tries to grapple with the more nuanced realities of anti-authoritarian activism: protests can tear families apart, they can get people killed and they can fail and be forgotten. Before the events of the game, Faith’s mother is killed when a peaceful rally turns violent. Faith responds by joining an underground movement that physically moves illicit information around, a sneakernet that, for gameplay purposes, is staffed by elite traceurs. Faith’s sister, Kate, instead becomes a reform-minded police officer and the supporter of a mayoral candidate trying to beat a rigged electoral system.

Faith thinks Kate is naïve to believe she can effect serious change from within the system, Kate implies that Faith’s high-mindedness leaves her aloof and ineffectual, and neither seem thrilled that people are too indifferent or intimidated to protest anymore. The game never answers the question of whether a broken system can be improved by the good people inside of it or whether it must be torn down from the outside – a reasonable omission given that reality rarely offers a satisfying answer either – but it makes for a more interesting dilemma than how to take down the next batch of jackbooted super-soldiers.

Also in question is whether it’s worth living in a gilded cage. This was on the mind of the game’s writer, Rhianna Pratchett, who in an interview soon after its 2008 launch said “What we tried to look at was the reasons why citizens might accept a life where their personal choices were very limited and they were basically looked after from the cradle to the grave by a city. We also looked at the reasons why people might decide to live outside that and the potential consequences.”

Mark Hill is a is a writer and editor from Calgary. Follow him on Twitter @mehil, or check out his new novel.