Last month, I wrote about how Final Fantasy XII differentiated itself from other entries in the series through its approach to storytelling, with a far greater focus on history and worldbuilding than any individual character. Narrative isn’t the only means available for creating a sense of place and time, though, and FFXII’s music makes a significant contribution to the game’s distinctive atmosphere.

As with other key development staff, FFXII broke with series precedent in its choice of featured composer. Nobuo Uematsu had been the principal composer on all of the first ten games (and had composed the first nine entirely on his own), which lent the series a sense of continuity despite the lack of any story connection. This was due in part to his incorporation of series staples like the prelude and main theme in each game, but also just because of his unique compositional sensibility. Uematsu worked with other composers to varying degrees on the music for FFX and FFXI, but FFXII was the first in the series up to that point that Uematsu didn’t compose any of the score for. Hitoshi Sakimoto, who’d previously written for Final Fantasy Tactics and other titles, filled the role instead, composing the majority of the tracks himself. The result sounds wholly different from the kind of musical environment Uematsu had established for the series, further reinforcing FFXII’s idiosyncratic place in the franchise. 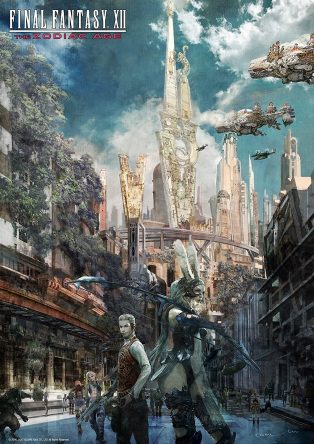 Instrumentation might be the first, most noticeable difference between the composers’ approaches. Uematsu’s scores experiment with a huge range of sounds – he’s as likely to use prog rock keyboards and electric guitars as he is an orchestra and choir, and his PlayStation-era music parallels contemporary developments in scoring for film and television using synthesizers. Sakimoto’s work on FFXII, however, is almost entirely orchestral. While that might seem like a limitation relative to previous games in the series, Sakimoto has a facility for creating interesting and varied textures with the palette that an orchestra offers, so this consistency becomes a strength.

Sakimoto’s compositions also bring a distinct expressiveness and expansiveness to the world of FFXII. That personality is unmistakable in the music for the floating city of Bhujerba, with its long, flowing melody that wanders in an almost improvisational manner. It’s a totally different approach to scoring a town or city than the one Uematsu established – his themes typically have more immediately identifiable melodic phrasing and structure – but just as effective in translating a fictional world to sound. And then there’s an aspect that a random YouTube comment aptly pointed out: because FFXII doesn’t feature a battle screen separate from the main game (no random battles), Sakimoto had to compose field music that was especially dynamic or it risked falling behind the action on screen, which shifts constantly between battles and exploration. It’s something he handles skillfully in the score for locations like Giza Plains and Ozmone Plain. These tracks have an impressive dexterity – they evolve rapidly from one mood to the next without ever feeling disjointed.

That sort of dynamic variety is characteristic of the whole score. Sakimoto’s style is often dense and dramatic, as evidenced by the many developments of the heroic “Dalmasca Estersand.” The score feels like it has a good deal in common with mid-century film music (and some listeners have noted similarities between something like his theme for the Archadian Empire and John Williams’ score for Star Wars, which was itself influenced by the work of earlier film composers). I think this quality helps distinguish the world of FFXII from others in the series, as there’s a particular kind of intensity in this scoring that isn’t a focus of the previous entries. Throughout, though, Sakimoto intersperses moments of respite.

Maybe my favorite version of this approach to composition is in “On the Riverbank,” a theme that plays in a number of towns and outposts throughout the game. For the opening portion, the track has a bright but somewhat undecided sound – it darts back and forth between a few different ideas, not really settling anywhere in particular. But at around thirty seconds in, it relaxes into an entirely different register for the refrain: the supporting string instruments unify for a richer, more welcoming texture while modest melodies play over top. It’s much simpler than the preceding material in terms of harmonic and rhythmic complexity, but that contrast makes it all the more affecting. It creates an atmosphere of nostalgic adventure, capturing the charm of the villages it pairs with in game. 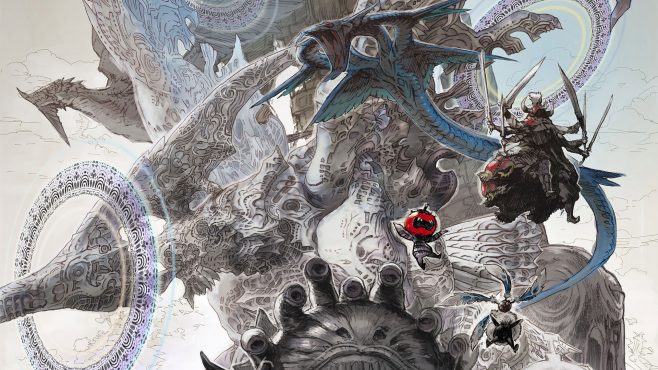 The strength of Sakimoto’s compositional style thrives even when adapted to other formats in unexpected ways. For decades – dating back to FFIV in the early ‘90s – developer Square Enix has accompanied the release of each title with albums of music arranged for solo piano. Most of these are really lovely, I think, and feature wonderful playing with thoughtful arrangements that capture the essence of the original score in a new voice.

The piano album for FFXII is unusual in that it arrived over six years after the game originally released, where previous entries usually lagged by only a year or two. But arranger/performer Casey Ormond took advantage of this delay to dramatically rethink the selected tracks. Rather than adapt the original material in a strict manner, Ormond uses Sakimoto’s themes as a foundation to, in some cases, craft almost entirely new compositions. While this means listeners might not hear quite what they’d anticipated, it also feels in line with the musical world that Sakimoto established. By being less than one hundred percent faithful to the source material, Ormond (maybe counterintuitively) speaks directly to its sense of expressiveness and ambition.

Ormond’s arrangement of “On the Riverbank” is a case in point, opening with a new cascading motif that gradually develops into the introductory material from the game. What’s striking here is the way that Ormond adapts Sakimoto’s orchestration such that it sounds entirely natural to the piano’s unique character. By the time the arrangement reaches the big refrain from the in-game original (1:15 here), the moment feels just as rich despite missing the bigger sound of the string ensemble. Then, instead of repeating as it does in the original, Ormond takes the material in a new direction, eventually building to a driving rhythm that offers a new perspective on the refrain. Ormond goes even further on other tracks, reconceptualizing themes in new, surprising genres.

It’s this willingness to experiment that really embodies the spirit of Sakimoto’s approach to developing the sound of FFXII. It’s a bold take on what role music might play in a popular franchise, and it pays off in all of the ways it amplifies the game’s unique personality.

I Hope the FFVII Remake Changes My Mind
Previous Post