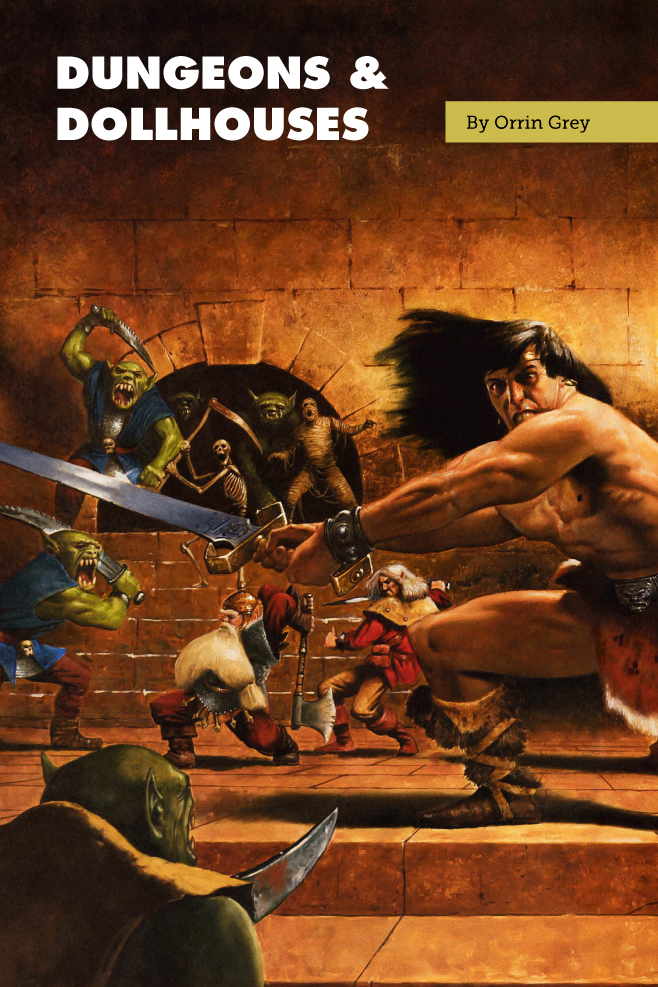 The first board game I ever fell in love with was Clue. Back then, my options were constrained by a couple of factors. We were poor – and my parents unimaginative – and the plethora of story-driven (and often prohibitively expensive) board games that we currently enjoy had not yet been unleashed upon the world.

In those days, Clue, with its cozy mystery characters and top-down dollhouse game board, was as close to a “dungeon crawl” as any board game I had ever found – and while I had not yet ever seen an “old dark house” movie, it prefigured my love of those, too.

As it was for many people of my age and general proclivities, HeroQuest was something of a revelation. I had not yet played a proper game of Dungeons & Dragons, but I had probably read the Dragonlance Chronicles by then, and I had played videogames that had introduced me, in broad strokes, to the idea of the “dungeon crawl.”

Growing up, I loved the idea of dollhouses, but no one had to tell me that, as a boy, playing with them was not acceptable. Back then, I hadn’t yet figured out that I was bisexual, let alone pansexual, let alone probably some strain of genderqueer. I’m not going to claim that society didn’t yet have those concepts, but I hadn’t been exposed to them. I came up in small towns in the Midwest; gender norms were pretty rigid.

Dungeon crawl board games may not have been as socially acceptable as playing football – something I never had the slightest interest in – but for someone who was seen as a boy, they were certainly more acceptable than playing with dollhouses, never mind that they were essentially the same thing.

And spooky dollhouses with monsters? Turns out that is basically my whole, entire jam…

A Friend at the End of the World