This excerpt is from a feature story in Unwinnable Monthly #122. If you like what you see, grab the magazine for less than ten dollars, or subscribe and get all future magazines for half price. 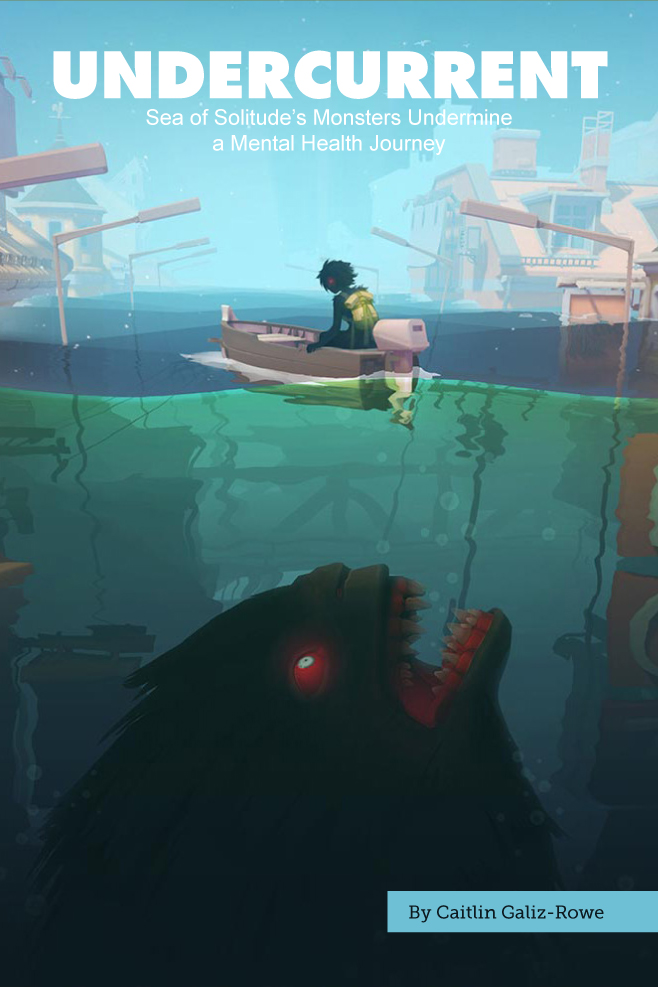 I was excited about Sea of Solitude’s announcement because it seemed poised to offer a unique take on women in video games: a young woman, struggling with trauma and loneliness who is actually given the time and space to explore those feelings without it serving the emotional growth or storyline of a man. On the E3 2018 stage, creator Cornelia Geppert pitched: “a young woman named Kay who is suffering from such strong loneliness that her inner feelings, the darkness, the anger, the hopelessness, the worthlessness, turns to the outside and she becomes a monster. The game is about finding out why this happened to her, but also about how to turn her back into a human.”

As Sea of Solitude starts, this lonely journey of self-discovery seems promising. Kay is alone in the storm, pursued by something dark and hungry just below the surface, and musing on her situation: “I have family, I have friends and yet here I am, feeling lonely again.” We’re presented with Kay’s plight and what seem to be her personal demons, and the goal seems clear: Find out what’s going on and try to reverse it. To see a young woman being represented in this way was such an exciting premise, and I couldn’t wait to be given the chance to unravel Kay’s story. But that dream was dashed within a few chapters. The introspective journey we were promised disappears in favor of a much more external one as we begin to encounter the game’s other monsters. 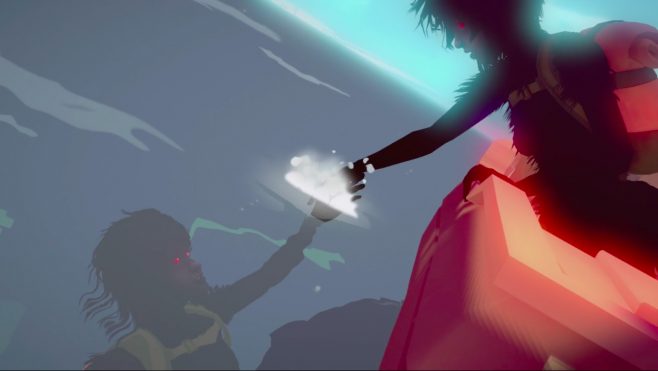 After traversing the first sunken area of the city, the gauntlet of monsters that represent Kay’s loved ones begins and Sea of Solitude becomes a game about learning to help those around you, and to accept when you can’t. These are noble goals, and very much worth discussing in a game, as this kind of theming is usually overlooked in favor of fantasy colonialism or dysfunctional father/child relationships – but it seems out of place when you recall the original pitch. This is supposed to be Kay’s journey to discover what’s causing her loneliness and to try and find some sort of healing, but as she encounters these monsters, her voice and reactions are completely left by the wayside.

Now that’s not to say that the traumas and experiences of loved ones aren’t connected to our own and how we heal and move on, but Sea of Solitude is never able to cogently synthesize the two to reflect back on Kay. Each instance of her helping one of the monsters leads to an important lesson on how to better deal with the people you have relationships with, but these lessons never really come full circle on how they relate to what Kay is going through. Instead, there’s almost a lens of these relationships through Kay’s failure. Her failure to pay attention to a little brother who was clearly suffering, her failure as a daughter to realize that sometimes, love just isn’t enough, and her failure as a partner to understand that sometimes we have to let the people we love go so they can get better on their own.

Caitlin Galiz-Rowe is a is a Colorado-based freelance writer, EIC of critical gaming site Uppercut, and can be found tweeting extremely cursed content on Twitter @CGRRRRRRRR.

You’ve been reading an excerpt from Unwinnable Monthly Issue 122.

Losing the Magic with Arena