That those who publish and develop games tend to favor post-apocalyptic settings is well known and well covered. It makes easy sense from a production viewpoint: far fewer bothersome computer people to design, animate and load with semi-realistic voice lines; simpler, less morally compromising enemies to pit the player against (zombies, bandits or mutants, take your pick). It also allows for a freer hand with environmental design. Normal, undestroyed cities and towns tend to be built with the expectation that people will actually need to use them. The post-apocalyptic city can be as bizarrely laid out and difficult to traverse as its designer wants, and is often purposefully made that way. Within it, you might find trees growing through buildings, the hollowed out hull of a downed mech used as shelter, stairways and side streets that end abruptly, waist-high barricades and toxic swamps. Impossible architecture for modern life but perfectly suited for a rugged wasteland wanderer to blast or sneak their way through.

What’s discussed less is how and why they continue to be worthwhile and interesting to the people who play them. Why, no matter how many brown-toned rusted wastes get shipped out a year, no matter how many world-ending catastrophes seed the premises for any number of new E3 trailers, post-apocalyptic games continue to have a willing audience, ready to pre-order the latest danger-ridden, lonesome journey through yet another war-ravaged scene of desolation.

This past month found installed on my PS4: Hollow Knight, Dark Souls Remastered and Metro: Exodus, all post-apocalyptic titles in some respect. Hollow Knight takes place in the gloomy warrens that were once the site of a vast and impressive underground civilization. Dark Souls similarly begins in the mostly abandoned outskirts of a once grand kingdom. Metro: Exodus is set in a near-future Russia, where people struggle to survive in the wreckage left after a global nuclear war. 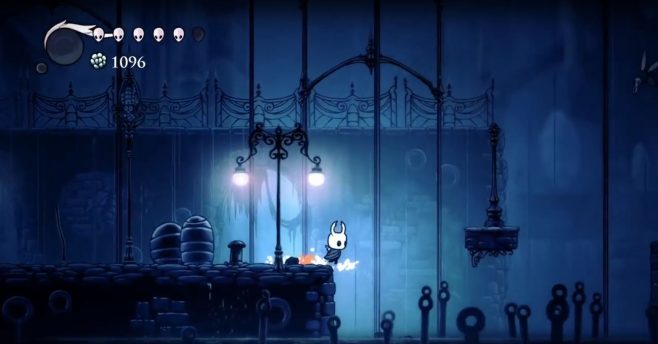 As dire as this list looks, I can confidently claim all of these games as extremely my shit. They are all deeply appealing apocalypses. As inhospitable as their worlds plainly are, I still find myself wanting to go back, to spend more time in them, to inhabit my character and my role in a way few other game genres or aesthetics might inspire me.

Part of this stems from a need to escape, to exist in a world that is drastically different from what I see the remaining twelve to fourteen hours of my waking day. Life after the apocalypse seems pretty bad, sure, but have you seen life before it? Days spent riding in crowded subways, waiting on long lines for lunch and dealing with ever-present, arbitrary deadlines make the prospect of not showering for weeks, wearing studded leather and eating semi-rancid meat begin to seem a little less unbearable.

This, admittedly, is a fantasy born of the same colonial sense of manifest destiny that sent genocidal European settlers across the Americas looking to live like bloodthirsty lawless bandits and quite efficiently achieving their goal. Western civilization is a cascading sequence of fucking up our own cities and ruining our own environment and then going off to find new places to fuck up and ruin.

But the urge to escape remains, and claws at my subconscious throughout the week. What I want, more than anything, is to be left alone. To be given a little peace and quiet, some time to think. And games set in the post-apocalypse? These games tend to be very quiet: dripping water condensing in caves overlaps with the wind whistling outside, punctuated always by my own footsteps, short quick pings in cramped hallways and long echoing booms in large chambers and castle courtyards. 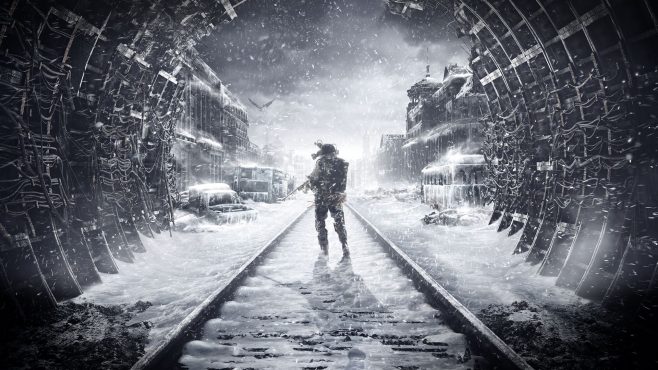 There’s no one else there, no one to provide comfort, but also no one to hurt. The benefit, after all, of playing in the post-apocalypse is that I largely don’t feel bad about the damage I cause. Mindless irradiated zombies don’t tend to inspire pity, they’re just naturally occurring environmental hazards between me and my goal. Knocking down a wall or destroying all the earthenware in a house doesn’t matter much to inhabitants that have been dead for centuries. I can’t hurt anything, because there is nothing left to hurt. It’s all epilogue, all footnotes at the end of civilization.

And maybe it just feels better to be killing time in this sort of civilizational afterlife. When there isn’t anything larger at stake, hopping from meaningless task to meaningless task feels normal, natural. It’s certainly easier to kill time in this null space than it is in the real world, where time certainly isn’t on our side.

The post-apocalypse is frontier fantasy but it’s also a way to sample a future beyond that stubborn sword of Damocles we’ve erected over our present day. It’s nice not to have to brace for war, or climate disaster, even if that means spending time in fiction where those disasters have already come and gone. There is an ironic comfort in being alone at the end of the world.