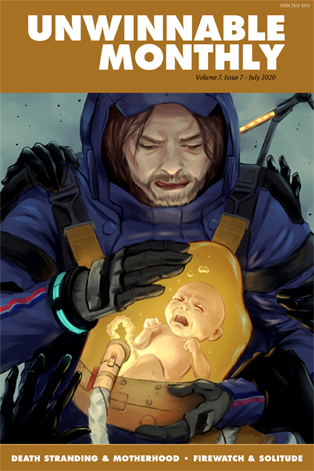 (Editorial Note: This piece was written and published shortly before John Lewis’ death on July 17th. It has been left in its original form.)

March is a trilogy of historical graphic novel memoirs chronicling the life of congressman John Lewis during the civil rights movement of the 50s and 60s. For those that don’t know, Lewis is an American hero, a prominent leader and activist for civil rights, racial equality, and more. He’s written a memoir before, the 1998 Walking with the Wind: A Memoire of the Movement, and stars in the new documentary, John Lewis: Good Trouble. But March combines visual and written media in a way only comics can, and becomes more affecting because of it. March speaks to current events eerily well, and shows readers how change only comes through unyielding will.

The series was originally inspired by another comic centered on a civil rights leader, the 10 cent, 32 page, 1957 title Martin Luther King and the Montgomery Story. That comic, which detailed King’s philosophy of non-violence, always stuck with Lewis, and when one of his staffers, Andrew Aydin, shared its impact on his life, the idea for March was born.

The trilogy, 569 pages in total, covers over two decades of time, starting with Lewis’ early childhood farming in rural Pike County, Alabama, and ending with Lewis leading the marches from Selma to Montgomery in 1965. The sheer amount of time, events, and details covered in March leads itself to favor narration over dialogue. Many pages are absent of dialogue entirely, instead relying on Lewis’ somber recountings. Choosing narration over dialogue means Lewis and Aydin can describe events Lewis wasn’t present for, leading to a more complete and richly illustrated retelling of the civil rights movement. With its mix of overarching narration and personal scenes, March was miles more educational than any history I read in school. 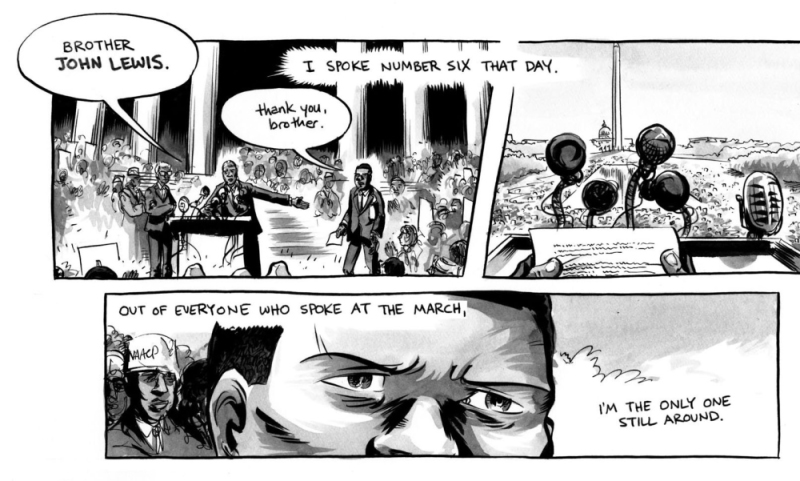 There are dozens of important historical events detailed in March, but major emphasis is placed on the Nashville sit-ins, the Freedom Riders, the March on Washington for Jobs and Freedom, and the marches from Selma to Montgomery. Lewis was either a leader or an activist in all four of these events.

In detailing these events, Lewis paints a nuanced picture of the inner working of the movement. Namely, he eliminates the faulty notion of a monolithic, perfectly in sync operation. Reading March, the movement felt like a ship, with leaders of all kinds trying to influence its course of direction.

Lewis butts heads with other civil rights leaders often. These conversations, earnest, heated, and heartfelt, reveal and humanize March’s lead characters. Lewis is young and outspoken, leading the Student Nonviolent Coordinating Committee (SNCC) and pushing against more senior leaders. Roy Wilkins, leader of the National Association for the Advancement of Colored People (NAACP), is conservative, always worrying about pushing too far and losing support in the government or the public. Dr. King, head of the Southern Christian Leadership Conference (SCLC) is often caught in between other leaders, trying to find compromises and channel his abilities to negotiate and lead. The ability to lead a national movement while at the same time negotiate with politicians like John F. Kennedy and Lyndon B. Johnson is amazing, and a testament to the skill and character of these men.

If the heroes of the story are leaders like Lewis and his fellow activists, the villains are the white figures defending systemic racism and oppression. Their actions are laid bare, never cartoonish, but put on the page accurately and in full detail. Sit-in activists are verbally and physically abused by white mobs who hurl food stuff, and at one point lock activists inside the restaurant as fumigators are turned on. A Freedom Riders bus is literally firebombed, while another is faced with Ku Klux Klan “mob justice” coordinated by the local police. An Alabama sheriff quashes voting rights and arms his police force with cattle prods and tear gas, used with malice and fury. Illustrator Nate Powell uses a realistic, black and white style that keeps these acts of violence from appearing cartoonish or stylized. Instead, they find additional weight: every baton swing a gut punch, every cattle prod stab a shock to the system. 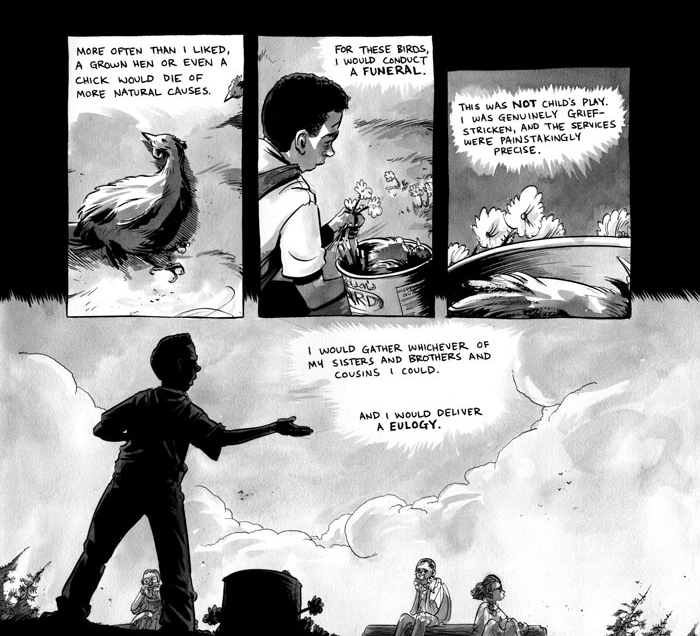 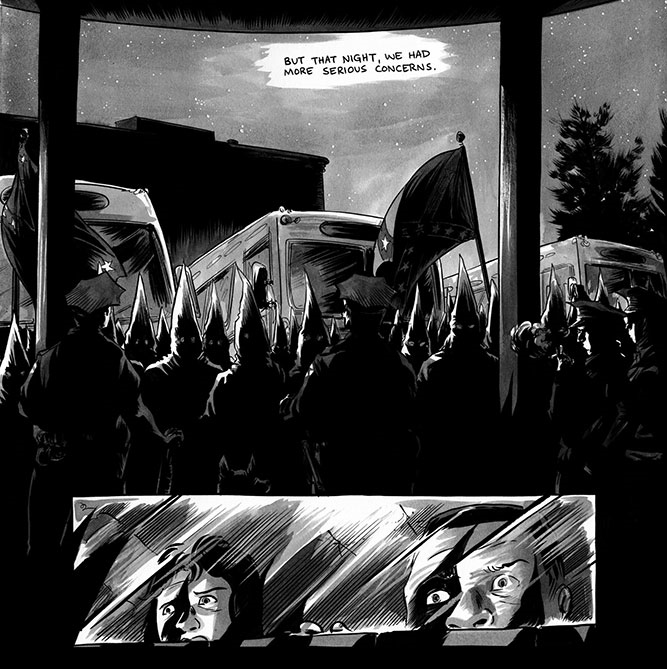 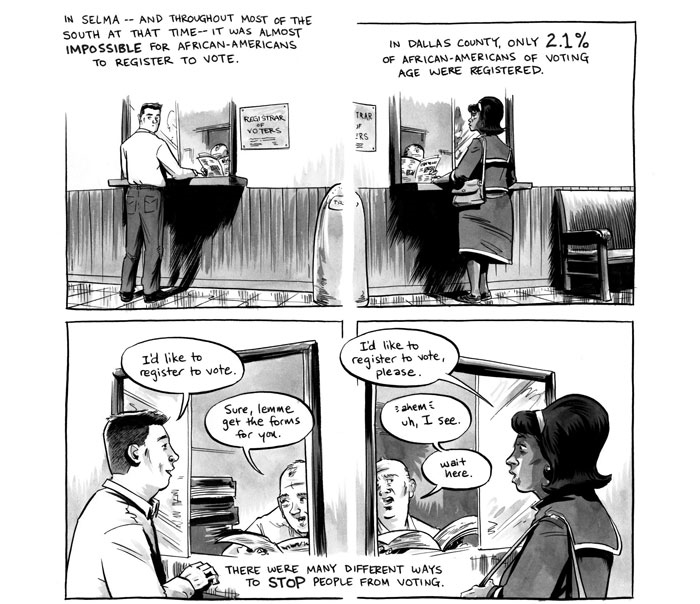 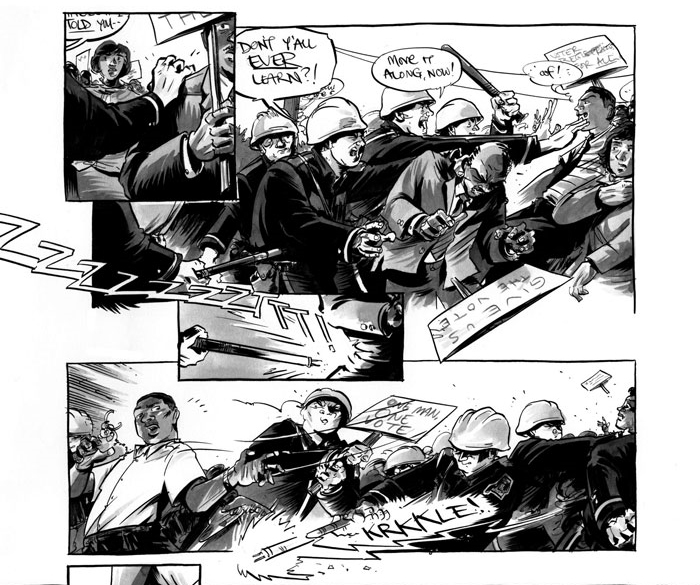 The pages of March are transportative to another time in history, but speak to the present moment eerily well. Today, politicians, pundits, the news, and the internet claim that protestors are “protesting the wrong way,” echoing figures in the 60s telling Lewis and his allies the very same thing. Lewis shows that protest is disruptive by its very nature, that it is crucial and necessary. Protest is highlighting and fighting against a wrongful status quo. Now and then, the privileged and the powerful seem to imply that the “right way” to protest is not to protest at all. Lewis stands against that, and stands for the right, the need, to make change happen.

Educate yourself. Be an activist. Be an ally. Be part of the movement.

Harry Rabinowitz is a writer and editor focused on entertainment and technology. You can find him on Twitter, probably talking about table top games, @harryrabinowitz.

No Home for Petals