I’ve always found stories about destiny boring. While I loved Netflix’s The Witcher, I found its use of destiny incredibly off putting. Destiny felt like a cure all for mystery, character motivations, coincidences, and plot hiccups. On top of that, it never felt like the characters were handling destiny in a nuanced way, just lamented or exalting its existence.

Sibylla, the protagonist of Norroway, journeys towards a seemingly catch all destiny too, but she does it while questioning, opposing, interrogating, and defying it all the same.

Norroway is a reimagining of an early 1800s Scottish fairytale titled The Black Bull of Norroway. Attributed to Robert Chambers, the story is only a few pages in length, and contains much of your typical fairy tale fare: a dangerous mystical mountain, a powerful old witch, a cursed knight transformed into a beast, a maiden destined to rescue and marry him, etc. Writer Cat Seaton and artist Kit Seaton have taken that story and turned it into a hundreds of page graphic novel series. Thankfully, the Seaton’s have also expanded upon the original fairy tale, and run wild with its originally paper-thin characters.

In this first Norroway book, The Black Bull of Norroway, we are introduced to our protagonist Sibylla. Sibylla is the youngest of three sisters, growing up in a mildly generic, albeit gorgeously depicted, medieval village. One day, the three sisters ask the local forest witch to read their fortunes, specifically, to see who they are going to marry when they grow up. Unlike her sisters, who are destined for normal lives, the witch tells Sibylla she is to marry the black bull of Norroway, a fearsome knight who was so threatening that the king placed a curse on him, transforming him into a bull. 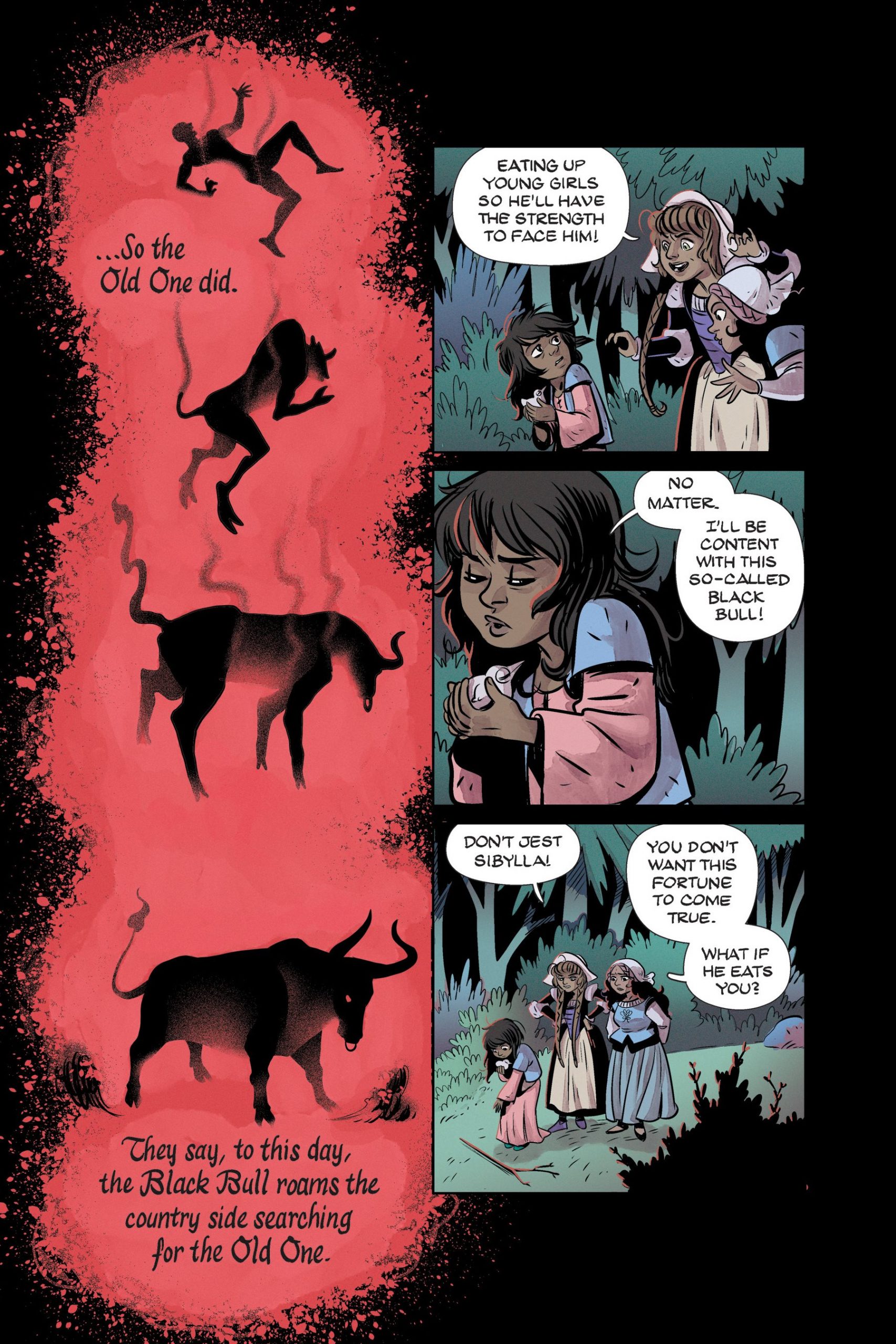 Sibylla’s sisters think this is, well, bull. But as time goes on, and her sisters marry and move away, Sibylla finds herself waiting for this black bull to show up and sweep her off her feet. One day, he finally does. And he is not what Sibylla expected.

The black bull of Norroway does not lift Sibylla off her feet. He does not woo her. He does not court her. He arrives at her door, asks if she has packed, and says it’s time to go. Why?

“I am the black bull of norroway, and you are the girl who is to be my wife. Is that not enough?”

It almost reads like a parody of a fairy tale, and yet, this is the driving force of the original Scottish tale. Sibylla, similar to the reader, is furious at this logic, and demands the bull offer her more information. Sibylla’s desire for answers, contrasted against the black bull’s lack of answers, is the driving force of the narrative. Why must Sibylla marry the black bull? How can the black bull break his curse? Why must they travel to meet the black bull’s brother? Does Sibylla have to marry the black bull, or just any random woman? All of her questions are met with either infuriatingly vague answers or silence. And while I as a reader would normally find this infuriating as well, Sibylla’s frustration plays out in such comical ways that the situation quickly goes from irritating to amusing and heartfelt.

Answers do come, gradually. These reveals serve as the crux of the drama in Sibylla’s character arc, leading to her questioning if “destiny” is something to follow or defy.

While some of the other characters can feel fairy tale-esk, Sibylla is a rebellious spirit, through and through. She is animated, emotive, and constantly expressive. Kit Seaton does a fantastic job making these emotions come off the page, especially through her expert sequencing and timing. Her art strikes that perfect balance between illustrator-like grandeur and animator-like character work. The entire book feels very hand-drawn and classical, adding to the fairy-tale qualities of the story. But unlike most European fairy tales, Norroway is very inclusive, with a cast almost entirely made up of people of color, including some disabled and non-binary characters. Especially considering the target audience, younger readers, this stands out as a strong, positive, intentional decision by Kit and Cat Seaton. 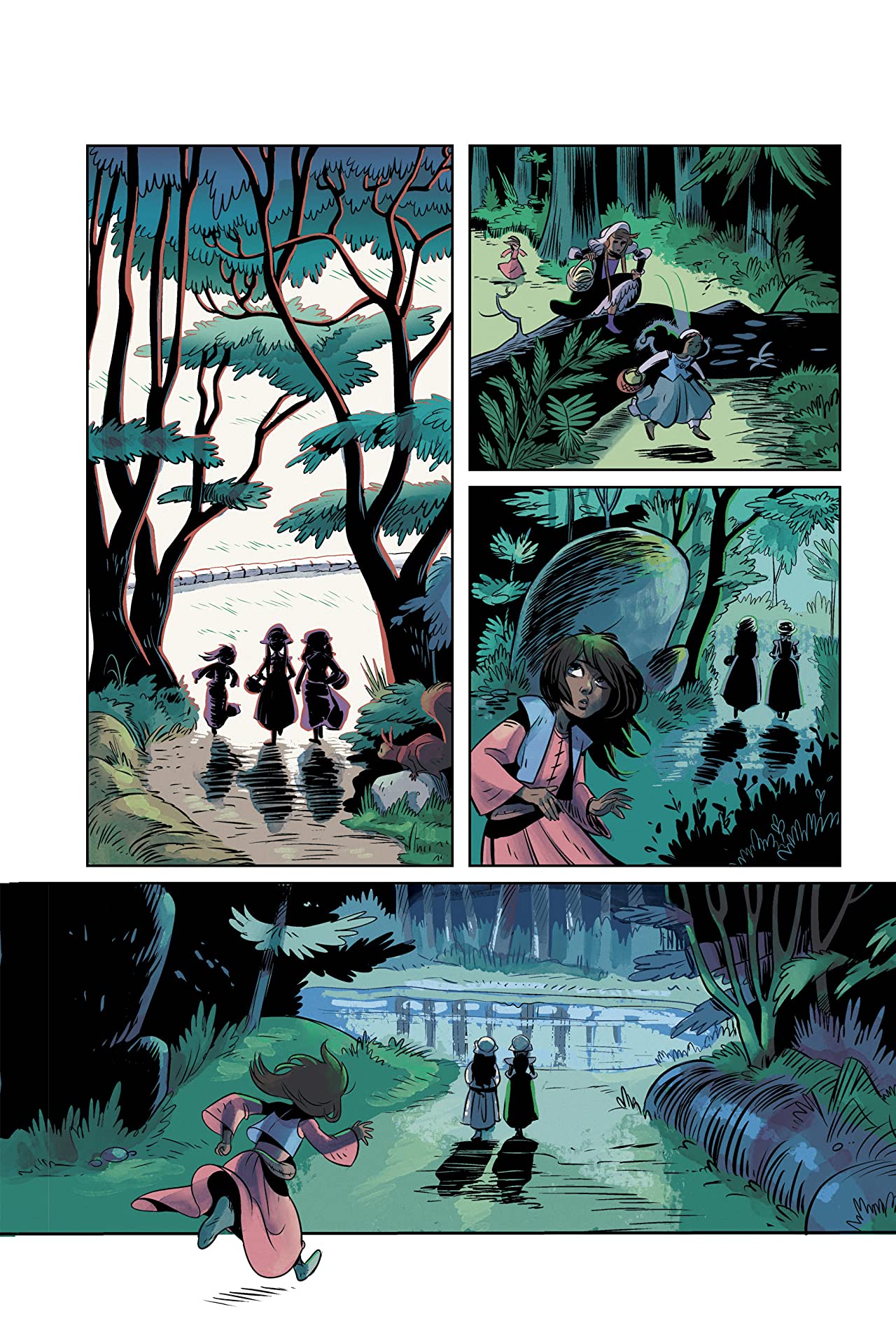 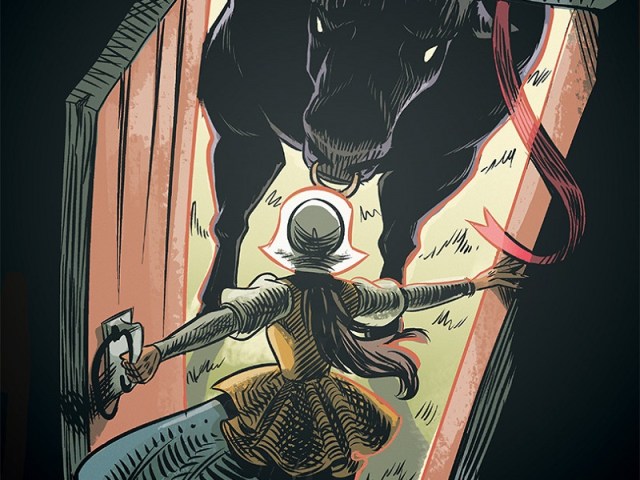 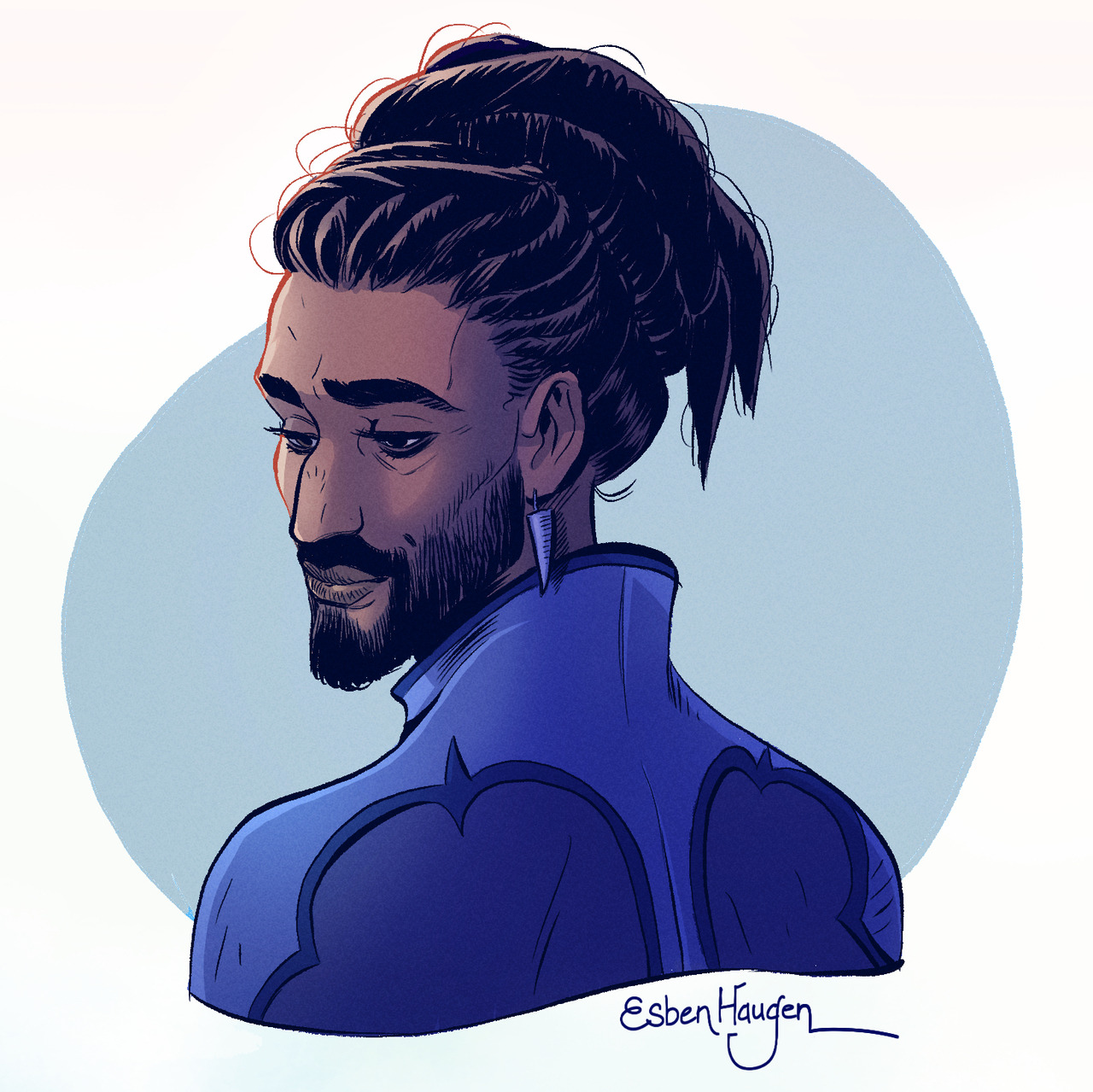 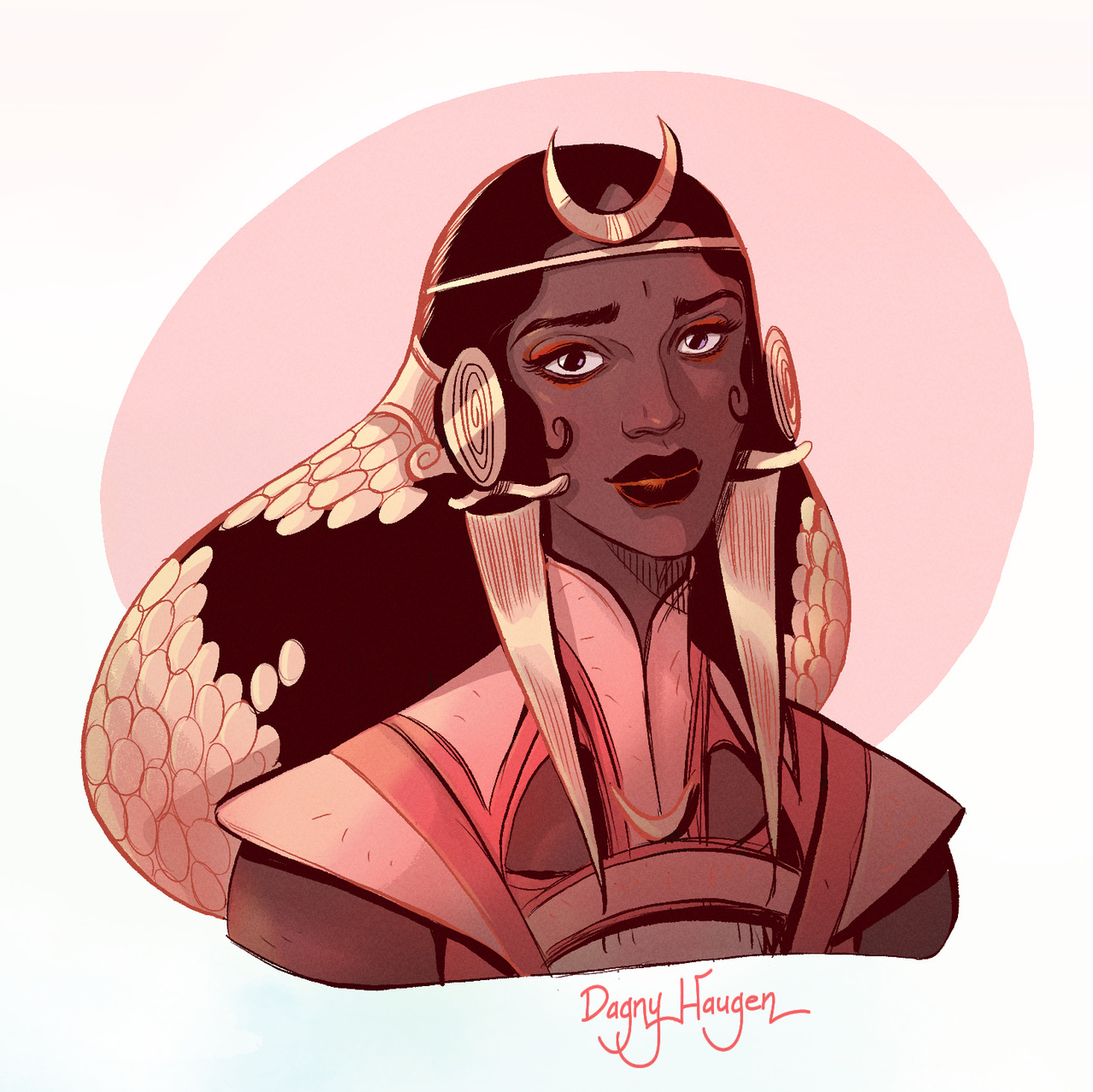 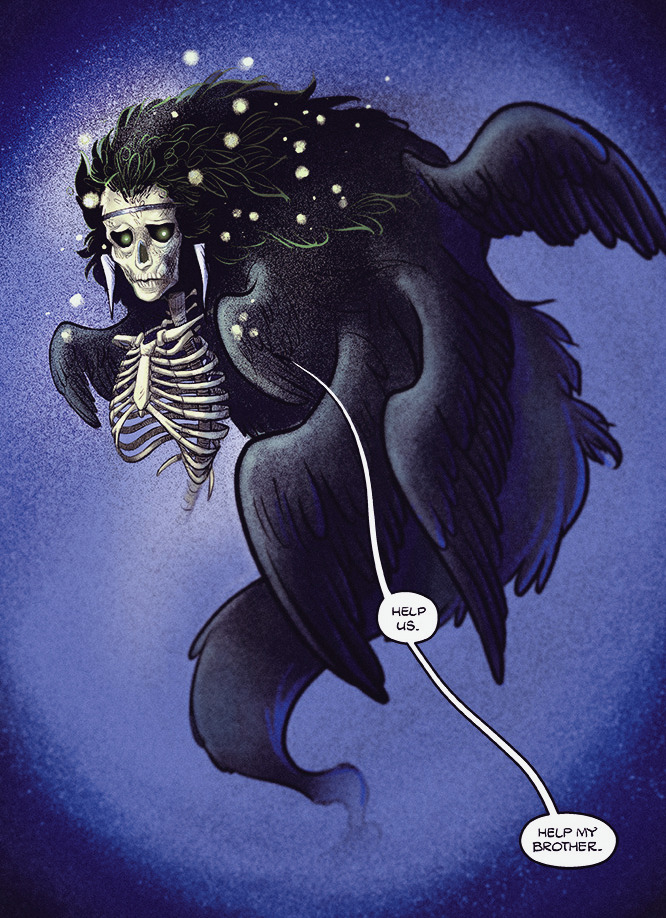 At times, it can feel like Sibylla is rebelling not only against destiny, but against the confines of the original fairy tale as well. Hopefully the Seaton’s expand further upon the world and its history in the next volume. While the additional characters, locations, and drama certainly help Sibylla’s story so far, I think the original fairy tale is going to need another injection of original content to make the impending climax come off strong.

Book 2, titled The Queen of the High Mountain, releases in September, 2020, and promises a quest where Sibylla has more agency than ever before. The Seaton’s have managed to take a short Scottish fairy tale and turn it into something beautifully rebellious, magical, diverse, and human. I’m beyond impressed, and beyond excited to see how Sibylla’s tale concludes.